In this study, a combination of genetic screening, RNA-seq, and Single-Cell Force Spectroscopy, enabled an in-depth analysis of the molecular control of adhesion and biofilm formation in the human pathogen Candida glabrata, providing useful clues for therapeutic development.
Miguel Cacho Teixeira
Associate Professor, iBB - Institute for Bioengineering and Biosciences, Instituto Superior Técnico, Universidade de Lisboa
Follow
Like Liked by Massimo Tosco and 1 other
0

Theory predicts that organisms in varied environments should evolve to be more phenotypically flexible. Evidence combining genetic and physiological variation with thermal acclimation experiments shows that the thermogenic flexibility of wild juncos is greatest in populations where temperatures are…

Opportunistic pathogens are known to take advantage of the debilities of our immune system and their privileged placed within host niches. A slight imbalance in the equilibrium between the host immune system and the microbiome may give room to the spread of such opportunistic species, culminating in biofilm formation and disease. One fascinating opportunistic pathogen is the yeast Candida glabrata. It is considered the second most common cause of candidiasis, and is associated to both invasive disseminated infections as well as oral, oesophageal or vulvovaginal candidiasis. C. glabrata uses adhesion and biofilm formation to better adapt to the environment and infect the human host, but also to form stable colonies onto the surface of medical devices, leading to persistent infections. Although the use of implanted medical devices brings enormous advantages, they also have a dark side related to the emergence of microbial infections. Such devices, once inserted in the human host, provide a favourable surface in which microorganisms may develop biofilms, giving rise to persistent colonization and, often, a very hard to eradicate source of infection.

The ability of microbial pathogens to adhere to biotic and abiotic surfaces and establish large, often macroscopic, colonies is controlled at several steps. Starting from adhesion and cell-to-cell communication and followed by the release of Extracellular Polymeric Substances that form a protective matrix around the colony, the final biofilm structure reaching maturity after as little as 24-48h. The possibility to prevent biofilm formation or even to eradicate biofilms is in high demand, but suitable drug targets are difficult to identify, given the lack of information behind the control of biofilm formation.

To reach behind that curtain, strong collaborations were fostered, allowing the combination of advanced techniques to unravel two promising new antifungal biofilm drug targets among the transcription factors that control the whole process, from adhesion to biofilm maturity: Efg1 and Tec1. Firstly, together with Etienne Dague’s Lab, at LAAS-CNRS, the use of the atomic force microscope allowed us to take a glimpse at the adhesive properties of C. glabrata as it interacts with clinically relevant surfaces, under Single-Cell Force Spectroscopy (SCFS): glass (control), polystyrene, silicone elastomer and polyvinyl chloride, and human vaginal epithelial cells. In collaboration with Geraldine Butler’s Lab, at University College Dublin, RNA-sequencing revealed that half of the entire transcriptome of C. glabrata is remodelled upon biofilm formation, around 40% of which under the control of the transcription factors CgEfg1 and CgTec1. We’ve found that the importance of CgEfg1 and CgTec1 in the control of biofilm formation is very clear given the number of genes differently expressed upon biofilm formation and controlled by each transcription factor, including a number of adhesin encoding genes, found to be activated especially in mature biofilms. It seems from our data sets, that both CgEfg1 and CgTec1 have an important role contributing to the production of extracellular matrix and biofilm proteins, given the activation of genes belonging to the functional groups of protein metabolism and carbon and energy metabolism.  Additionally, CgEfg1 and CgTec1 were found to control polysaccharide and protein composition of the ECM, respectively.

Combined with SCFS results, it was possible to observe that CgEfg1, but not CgTec1, is necessary for the initial interaction of C. glabrata cells with both abiotic surfaces and epithelial cells, while both transcription factors orchestrate biofilm maturation. SCFS allowed us to understand the importance of hydrophobic and electrostatic interactions established between C. glabrata and abiotic surfaces, and the very likely involvement of adhesins and specific receptors within the interaction with human epithelial cells, and how CgEfg1 is necessary for those interactions.

This work increases the understanding of the molecular basis of this process, from the transcriptome remodeling perspective to the nanoscale interaction level. Additionally, it describes two major regulators of adhesion and biofilm formation, CgEfg1 and CgTec1, constituting promising targets for the development of new therapeutic strategies to fight C. glabrata promoted candidiasis. Finally, it highlights the need to change the materials used in medical devices, so that they are not a perfect match for adherence to C. glabrata and other pathogens.

Check out the paper from the link up top or at: 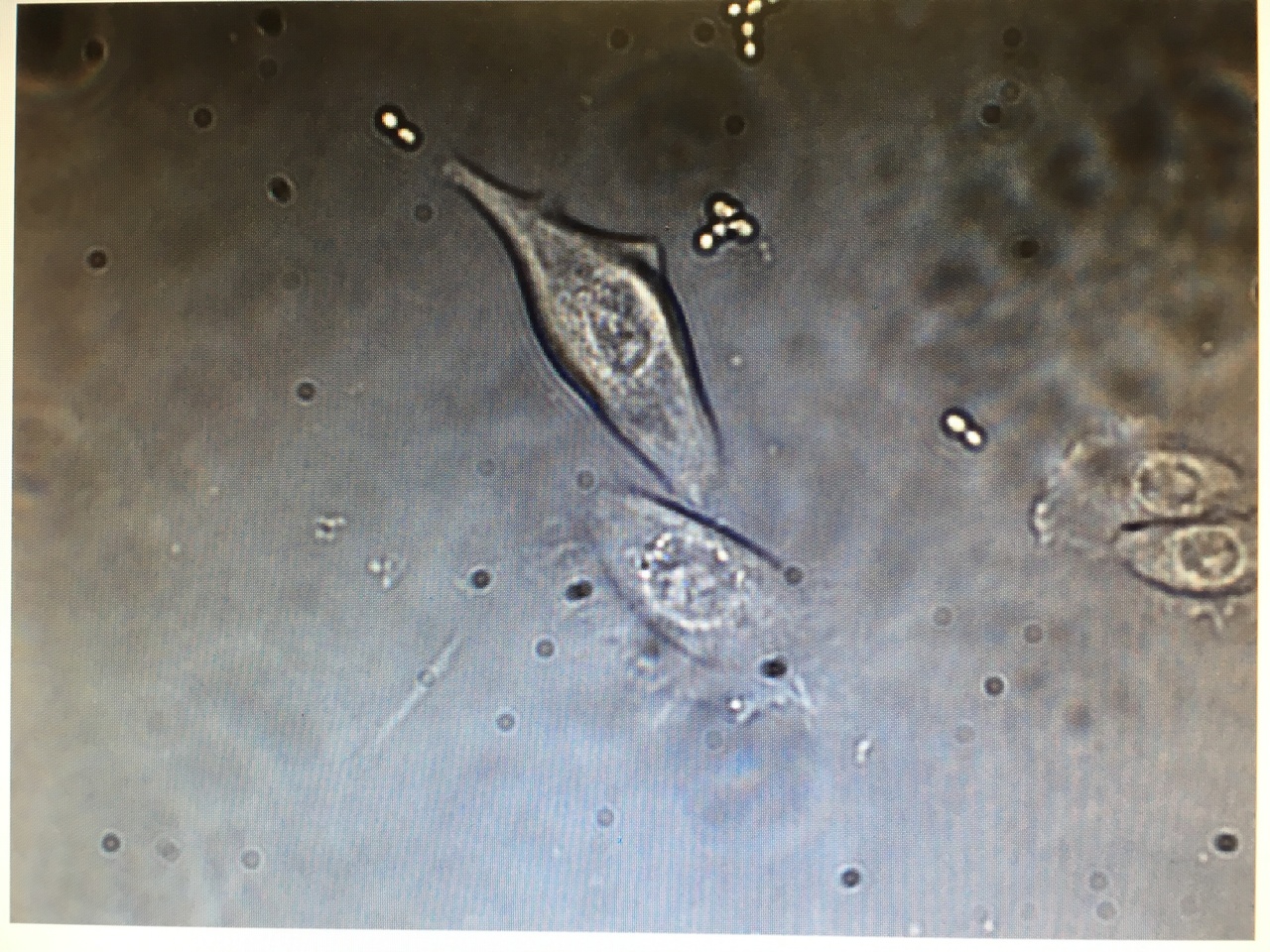 In this study, a combination of genetic screening, RNA-seq, and Single-Cell Force Spectroscopy, enabled an in-depth analysis of the molecular control of adhesion and biofilm formation in the human pathogen Candida glabrata, providing useful clues for therapeutic development.