In her new book, Stigmatized, Handaa Enkh-Amgalan shares the story of her journey with TB, and her determination to use her voice and her experiences to speak out against TB stigma, in solidarity with others who are suffering. We owe Handaa a great debt of gratitude for sharing her story, and allowing us to learn from it.

Beautifully written and rigorously researched, this book is essential reading for anyone engaged in efforts to end TB - and those not yet involved. Whether you are a TB researcher, a student, a healthcare worker, a policymaker, a TB advocate, a journalist, a caregiver, a person affected by TB, or someone yet unfamiliar with it - this book is a window into the manifestations of stigma in its many forms, and we each have important lessons to learn from it.

Before COVID-19, TB killed more people worldwide than any other infectious disease, with TB being attributable to 1.4 million deaths in 2019. And yet, we hear very little about TB, especially considering that it has plagued mankind for thousands of years, and yet progress towards its elimination continues to be slow. Although TB is treatable and curable, there remain significant barriers to receiving a TB diagnosis, and completing TB treatment. Unfortunately, these barriers are exacerbated by the stigmatisation of TB as a disease, including the association of TB with poverty or unhealthy lifestyles, and blaming those with TB for their disease. As a result, those affected by TB may be hesitant to seek care or to tell their families about their condition, leading to delays in diagnosis, poorer treatment outcomes, and the lack of social support systems for those on the long journey to recovering from TB.

Born in Mongolia, Handaa grows up in a low-income family, and while working non-stop to realize her dream of learning English and studying abroad while helping her family make ends meet, she is diagnosed with TB at 15 years old. Her hard-won plans for her future suddenly seem impossible. Overcoming fear, isolation, the physical and mental tolls of TB treatment, and the double-burden of self-stigmatization on top of stigmatization by society, Handaa makes an incredible journey from young TB patient in Mongolia to public servant in the United States - a journey that is filled as much with challenges as it is with determination. Today, against seemingly insurmountable odds, Handaa is a humanitarian, a TB advocate, and an author, writing in the language she sacrificed so much to learn - to share with the world a story about stigma that we urgently need to hear.

As efforts to end TB continue to be disrupted by COVID-19, progress on ending TB, which was already shamefully slow, is now further threatened, with estimates by the World Health Organization suggesting that 1.4 million fewer people received care for TB in 2020 compared to 2019, and over 500,000 additional TB deaths are expected as a result of COVID-19-related disruptions in TB services. It is thus even more critical now to push for progress on better TB diagnostic tools and treatments, to advocate for patient-centred care, to dispel misinformation, and to oppose TB stigma - making this book a timely wake-up call to re-invigorate the fight against TB and TB stigma. I highlight here 3 key take-aways that Handaa brings to life so powerfully through her story.

One of the most important lessons I draw from Handaa’s story is that TB stigma rarely acts alone. She takes us on a journey in which stigma, in many forms, is a recurring theme - be it the stigma she experienced due to poverty and illness in Mongolia, stigma on the basis of ethnicity experienced by the Romani people in Bulgaria, or her host family in Tennessee experiencing stigma based on sexual orientation as a same-sex couple. But not only does stigma have many faces - its multiple manifestations often act together. For example, Handaa’s journey with TB exemplifies the dual burden of TB stigma and poverty-based stigma intertwined, as she confronts barriers to diagnosis, discrimination and isolation as someone affected by TB in a low-income family. She writes “in Mongolia, the moral construction of poverty is thriving as a justification for why poor people are poor.” In the same way that the stigmatization of poverty misconstrues the poor as being personally at fault for their poverty, TB stigma blames those affected by TB for their illness. On top of this, poverty-based stigma and TB-associated stigma may manifest in conjunction with (and be exacerbated by) gender-based stigma. Handaa notes the cultural preference for males in Mongolian society, which may have influenced her experiences with TB as a young girl in Mongolia, just as women around the world continue to face barriers to accessing health services due to gender-based disempowerment.

While the above examples demonstrate the confluence of different forms of stigma, and how they act as barriers to health and healthcare access for individuals, this is also mirrored at the global level. The unprecedented response to and investment in COVID-19, is in deplorable contrast to that of TB, highlighted for example by the fact that 21 COVID-19 vaccines are now approved within less than 2 years of discovering the pathogen, whilst only one TB vaccine, of limited efficacy, has been available for the last 100 years. This has shown plainly that diseases that predominantly affect low-and middle-income countries draw far less political will and financial commitment to their elimination, condemning low-resource settings to suffer the dual burden of disease and poverty, and the respective forms of stigma that lead to the neglect of both.

Contrasting the ethnicity-based stigmatization she witnessed against the Romani people in Bulgaria, versus stigmatization based on health and social status in ethnically-homogenous Mongolia, Handaa makes the realization that “...while the basis of stigmatization varies from culture to culture, the act of stigmatization is a universal truth of humanity, even if the way in which it manifests itself is truly local.” This has important implications for addressing TB stigma, which, being present across multiple countries and continents, will require solutions that are appropriately tailored to the local context. As Handaa notes later in the book, when confronted with complex social issues, including stigma: “...it is a mistake to assume that there is a universal solution to a problem that manifests itself uniquely in every community.”

I had the honour of speaking with Handaa recently, and one of my most burning questions for her was of course, as a TB survivor, what are in her view the most urgent priority areas for addressing TB stigma, and given the need for context-specific solutions as mentioned above, how can ways of addressing TB stigma be adapted to different contexts? Her response was clear: the most important approach to addressing TB stigma is engaging TB survivors in developing solutions. They have been through it first-hand, they are most familiar with the problem, and so they are best-placed to share their experiences to inform viable solutions. She added: “you don’t need to have had TB to work on TB, but you need to be proactive in engaging TB survivors.”

Of course, keeping in mind the importance of tailoring solutions to local realities, Handaa also added that the engagement of TB survivors in efforts to address TB and TB stigma should not be seen as a single, universal solution, but rather, must be culturally adapted to the context in question. Importantly, she emphasizes that TB being a stigmatized disease should not be used as an excuse to avoid engaging TB survivors, but rather, all the more reason to ask how we can create safe spaces in different social contexts, to allow TB survivors to safely share their stories.

Handaa’s message to the public, and to those currently affected by TB:

In closing, I would like to share with you Handaa’s response to two important questions I asked at our meeting:

What is one thing you wish everyone would know about TB?

“So many things!” she exclaimed. But if she had to pick one thing, she says she would like everyone to know that “having TB is not connected to your worthiness, your character, or your way of living or working.” She says, when receiving a TB diagnosis, you may have people tell you that it’s because you didn’t exercise enough, you didn’t eat well, you didn’t prioritize your health - and she emphasized that “people really need to understand that these things come with privilege.” Thus, TB is not a result of poor individual choices, but of the social determinants of health that shape our access to healthy environments, resources, and health services.

If you could say one thing to your 15-year-old self, or to anyone currently affected by TB, to make their journey with TB easier, what would it be?

“You are stronger than TB. TB is a tenacious disease, but you are more persistent. Don’t define yourself by this, and don’t let others’ thoughts about TB influence you.”

At our meeting, Handaa noted with indignation that there is still no TB survivor advocacy group in Mongolia today. It is even more remarkable then, that, mirroring the nomadic lifestyle of her ancestors, Handaa’s determination has not only taken her on an inspiring journey from Mongolia to Bulgaria, to the United States and to Uganda, but also from TB patient to TB survivor to TB advocate, turning her suffering into a powerful call to combat TB stigma. Let us honour this call and work harder to end TB and TB stigma, everywhere.

For those in Mongolia, check out this art exhibition that will feature the wonderful artwork by fellow TB-survivor Paulina Siniatkina that appears in Stigmatized! 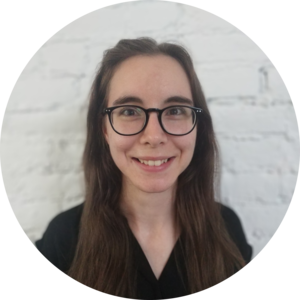 +2
Xiaodong Alan Zhuang and 2 others
A mind-bending take on the coloniality of global public health
Contributor
Behind the paper, Journal Club

Madhukar Pai
Changing lives, one by one by one
Contributor
News and Opinion, Journal Club, After the Paper