Tailocins or phage tail-like bacteriocins are the coolest protein nanomachines produced by a variety of bacteria to inhibit or kill specific members in a bacterial community while not impacting their kin. We investigated the genetic basis of their sensitivity and resistance to self-intoxication.
Vivek Mutalik and Sean Carim
2 contributors
Like Be the first to like this
0

Microbial communities pervade everything from soil, air and water to humans and animals. We are made up of, and are covered by, a microbial jungle. Like every living entity, microbes have developed numerous ways to compete with each other to exist and multiply. Some produce nasty chemicals to deter others while some produce proteins that degrade those nasty chemicals in response as a counterattack. Some produce ‘stabbing needle’ types of protein machines to inhibit or kill specific members in a bacterial community while not impacting their kin. This strategy seems to provide sister cells a competitive advantage. Researchers have been studying such charitable or altruistic phenomena in bacteria for decades (1).

We have been investigating a set of highly specific antagonistic interactions between a few Pseudomonas strains; isolated from samples taken from the Oak Ridge Field Research Reservation (ORR), Oak Ridge TN as a part of the ENIGMA program (https://enigma.lbl.gov), a multi-disciplinary, multi-institutional research effort funded by the U. S. Department of Energy. This site is contaminated with high nitrate and heavy metals that resulted from nuclear programs over the last century, and represent a fascinating example of watershed under extreme pressure from anthropogenic contaminants and natural environment changes that set up strong gradients of factors that affect and are affected by microbial processes. We suspected, due to their specificity, that these interactions among Pseudomonas strains are mediated by stabbing needles called tailocins produced by some strains for eliminating others (2). These tailocins are also known as pyocins, phage tail-like bacteriocins, contractile nanomachines, javelins, homing missiles, and our favorite, ‘headless zombie’ phages or viruses that parasitise bacteria. These large protein nanomachines are produced by a variety of bacteria, but are best studied in pathogenic and plant root associated (rhizospheric) Pseudomonas bacteria. Though we do not yet know what triggers production of these phage-like particles in a natural environment, a single bacterial strain can produce single or multiple of these and all the genetic information needed to produce and launch them is arranged in the same region of the bacterial genome as a gene cluster. The production of these needle shaped particles can be triggered in the laboratory by treating bacterial cultures with DNA damaging agents, like mitomycin C, hydrogen peroxide or UV light. How these tailocins get released via autolysis of the producer and altruistic activity is performed by a fraction of cells in a population not completely known yet, but a recent study provided some insights (and cool videos!)  (3). The genetic basis or rules and specificity of interactions between tailocins with the target host and its producer are also still not well understood. Several studies in model strains show that tailocins bind to specific cell surface structures called lipopolysaccharide (LPS), and that alteration to LPS chemistry or display result in resistance to tailocins. Interestingly, strains are resistant to the tailocins they produce, a property called resistance to self-intoxication, which is known to be true for other bactericidal compounds like small molecule antibiotics, but remains less studied for tailocins.

Coming back to the set of antagonistic interactions between environmental isolates we were studying, we found that most of the strains in our collection of Pseudomonas strains encode and produce tailocins, and that these tailocins have a highly specific pattern of lethality across the collection. We then designed and executed a series of experiments to investigate the genetic basis of tailocin sensitivity. We tackled these knowledge gaps by: 1) measuring hundreds of tailocin-strain interactions, 2) conducting a battery of high-throughput screens for mutations affecting tailocin sensitivity, and 3) performing extensive comparative genomics to look for genomic markers that would explain tailocin sensitivity. Together, we identified specific LPS core and O-polysaccharide biosynthetic genes responsible for sensitivity to tailocins, including some that appear differentially important depending on the identity of the antagonizing tailocin. Additionally, we uncovered a set of genes that play a role in cell envelope modifications that impact the self-tailocin resistance phenotype, and we combine our findings to propose a molecular model for this phenomenon. Finally, to assess if the phylogenetic relationship defines the tailcin host-range, we carried profiled tailocin sensitivity over a hundred Pseudomonas isolates. We observe closely related clades of strains that vary internally in their tailocin sensitivity, showing that tailocin sensitivity can diverge at short evolutionary time scales. However, OSA gene content alone is unable to explain all observed variance in sensitivity, and warrants further follow up studies. Finally, since LPS plays a crucial role in tailocin-mediated killing investigation of tailocin sensitivity across a variety of biotic and abiotic conditions that affect LPS architecture could provide valuable information on interference competition in diverse contexts.

Our study "Systematic discovery of Pseudomonad genetic factors involved in sensitivity to tailocins" represents the most comprehensive examination of tailocin sensitivity determinants to date and serves as a foundation for future studies to realize the potential of tailocins as a tool for targeted manipulation of microbiomes, with applications in research, therapeutics and biotechnology.

This work conducted by ENIGMA- Ecosystems and Networks Integrated with Genes and Molecular Assemblies (https://enigma.lbl.gov/), a Scientific Focus Area Program at Lawrence Berkeley National Laboratory, was supported by the Office of Science, Office of Biological and Environmental Research, of the U. S. Department of Energy under Contract No. DE-AC02-05CH11231 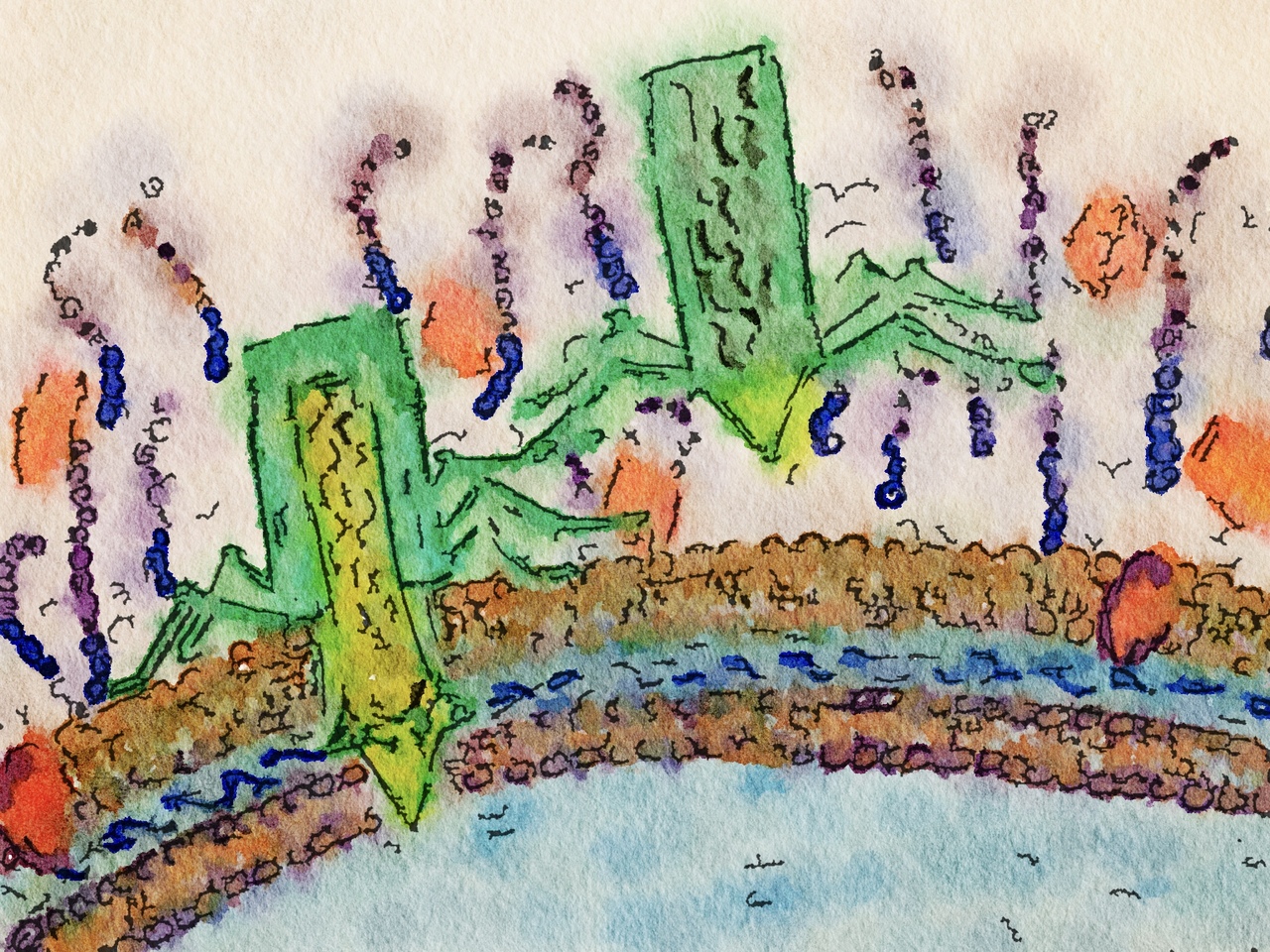 Tailocins or phage tail-like bacteriocins are the coolest protein nanomachines produced by a variety of bacteria to inhibit or kill specific members in a bacterial community while not impacting their kin. We investigated the genetic basis of their sensitivity and resistance to self-intoxication.