A rule of thumb for disentangling root- microbiome interactions

Cerebrating a GWAS experiment in fish derives a quantitative theory for animal conflict, which was validated by microbial cultural experiments. The new theory shows its capacity to disentangle the internal complexities of microbial community assembly.

This post was written by Rongling Wu and Xiaoqing He

Rongling Wu: I am a statistical geneticist. About a decade ago, I organized a national symposium on genome-wide association studies (GWAS) in forest trees. Although this symposium was focused on trees, its content did attract a wide range of researchers not only from forestry but also fishery and others. Right after the symposium, an attendant who was working on a fish GWAS project came to see me, showed me her experiment, and told me her anxiety and struggles with the negative result of detecting significant loci for fish body size from her data. Her sample size is less than 100, too few to be powerful enough for gene detection?

This is my immediate consideration as a statistician. Having a close glimpse of how her experiment was conducted, however, I was quickly wrapped in my deep thought. All fish were cultured and grew from small to large, sharing common resources in a relatively small pond. Such a society let me think of “social interdependence theory,” a theory rooted in the early 1900s by Kurt Koffka who suggested that interdependence among members in a group varied to form a dynamic whole. Social interdependence exists when individuals share common goals, giving rise to the phenomenon that each individual's outcomes are affected by the (cooperative or competitive) actions of the others (Deutsch 1962, Johnson and Johnson 1989). Social interdependence theory enlightened me to argue that the body mass of one fish may contain influences of all other fish that have close contacts during their growth. To better conduct fisher GWAS, we need to either grow each fish in an isolated pool (which can more precisely dissect the relationship between a fish’s genotype and the phenotype generated by this genotype), or develop a new model that incorporates the ecological behavior of phenotypic formation (Jiang et al. 2019).

I started to study animal behavior. Animals tend to swarm, flock, or shoal with individuals that resemble themselves to prevent the oddity effect, i.e., those individuals displaying difference in appearance from the group are at a greater risk to be predated (Hoare et al. 2000). Thus, animals of roughly similar size, color, and even smell in a population enjoy mutual cooperation and coordination (Herbert-Read et al. 2011), and the similarity of two animals is proportional to the degree of the desire by which they cooperate. I thought that the product of two animals' body sizes can serve as a proxy for the strength of cooperation because the similarity of two variables is positively correlated with their product, given that their sum is fixed. When a limited amount of resource needs to be allocated among members of the same population, animals of larger body size tend to be agonistic to those of smaller body size (Romenskyy et al. 2017). As such, I hypothesize that the ratio of body size of a larger over a smaller animal in the socialized environment reflects the extent to which the former exerts its aggression toward the latter. Based on the above-mentioned animal behavioral theory, I derived four simple mathematical descriptors for mutualism, antagonism, altruism, and aggression, respectively, as all possible types of ecological interactions.

To validate my hypotheses, I sought for collaboration with experimental biologists. The first collaborators who entered my brain were microbiologists Dr. Xiaoqing He and Dr. Yi Jin at Beijing Forestry University for two reasons. First, the ice in the front of our collaboration has been broken after so many collisions, and a new collaboration with them would make my life easy. Second, much evidence shows that microbes swarm in a community like animals so that animal behavioral theory may also work in microbial worlds.

Xiaoqing He: I am an experimental microbiologist. My research program can be certainly lifted up to a higher level if my research is guided by innovative theory and methods. I am simply filled with excitement by Dr. Wu’s mathematical descriptors. My colleague, Yi Jin, and I collected 100 Escherichia coli strains and 100 Staphylococcus aureus strains, with a help by Dr. Xinjuan Liu, a medical doctor of gastroenterology, cultured each strain of each species in 200 different flasks, and co-cultured each interspecific (independent) pair of strains among two species in 100 different flasks. This design allows us to estimate the strength of each of four ecological interaction types and compare these estimates with Dr. Wu's mathematical descriptors. We did find strong (statistically significant) correlations between actual interaction strengths and ones predicted by Dr. Wu’s mathematical descriptors (Jiang et al. 2021), confirming the conclusion drawn from a smaller-scale microbial culture experiment (Jiang et al., 2018). This agreement leads our team to derive four elegant quantitative hypotheses regarding animal behavior (Wu et al. 2021). 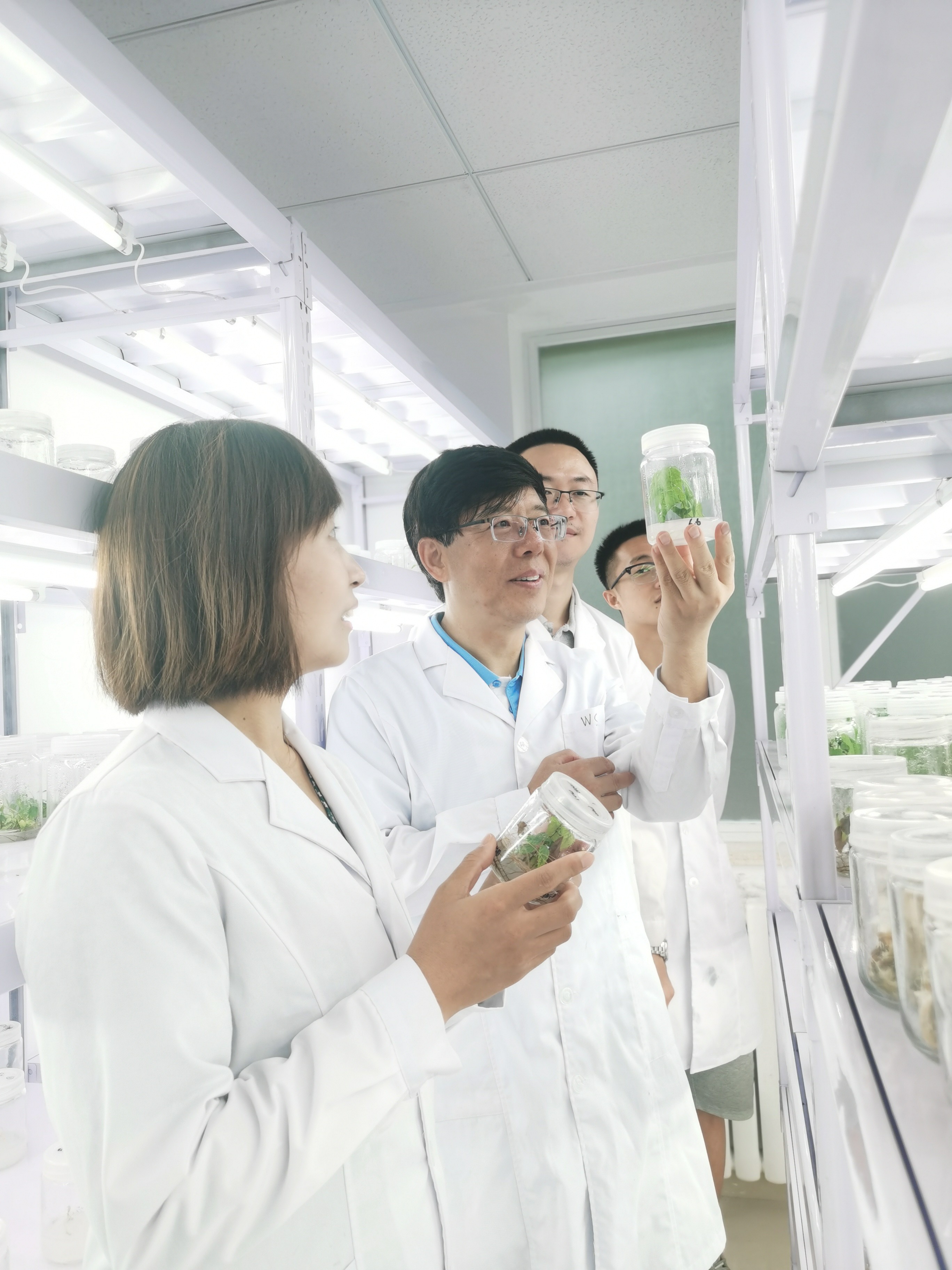 From left: Xiaoqing He, Rongling Wu, Jin Yi and student

Inspired by Dr. Wu’s mathematical descriptors, I wanted to draw a bigger picture of what is going on in soil microbes and their links with plant growth. I found two seminal papers by Prof. Joy Bergelson, a renowned evolutionary and ecological biologist at the University of Chicago, which aimed to identify associations between root microbiomes and plant genotypes in Arabidopsis thaliana (Horton et al. 2014; Bergelson et al. 2019). While the original papers focused on the associations between individual microbes and plant traits, I thought it would be interesting to chart the roadmap of how microbial interaction networks are genetically linked with the host. Dr. Wu’s mathematical descriptors can help me reconstruct mutualism, antagonism, altruism, and aggression networks of microbial interactions in the root microbiome. Surprisingly, but actually not surprisingly, a reanalysis of Prof. Bergelson’s data with this elegant mathematical model has characterized key hubs that govern the root-microbiome community and some previously unknown mechanisms that drive how proper crosstalk occurs between the root microbiota and its colonizing plants to affect plant survival, growth and production. 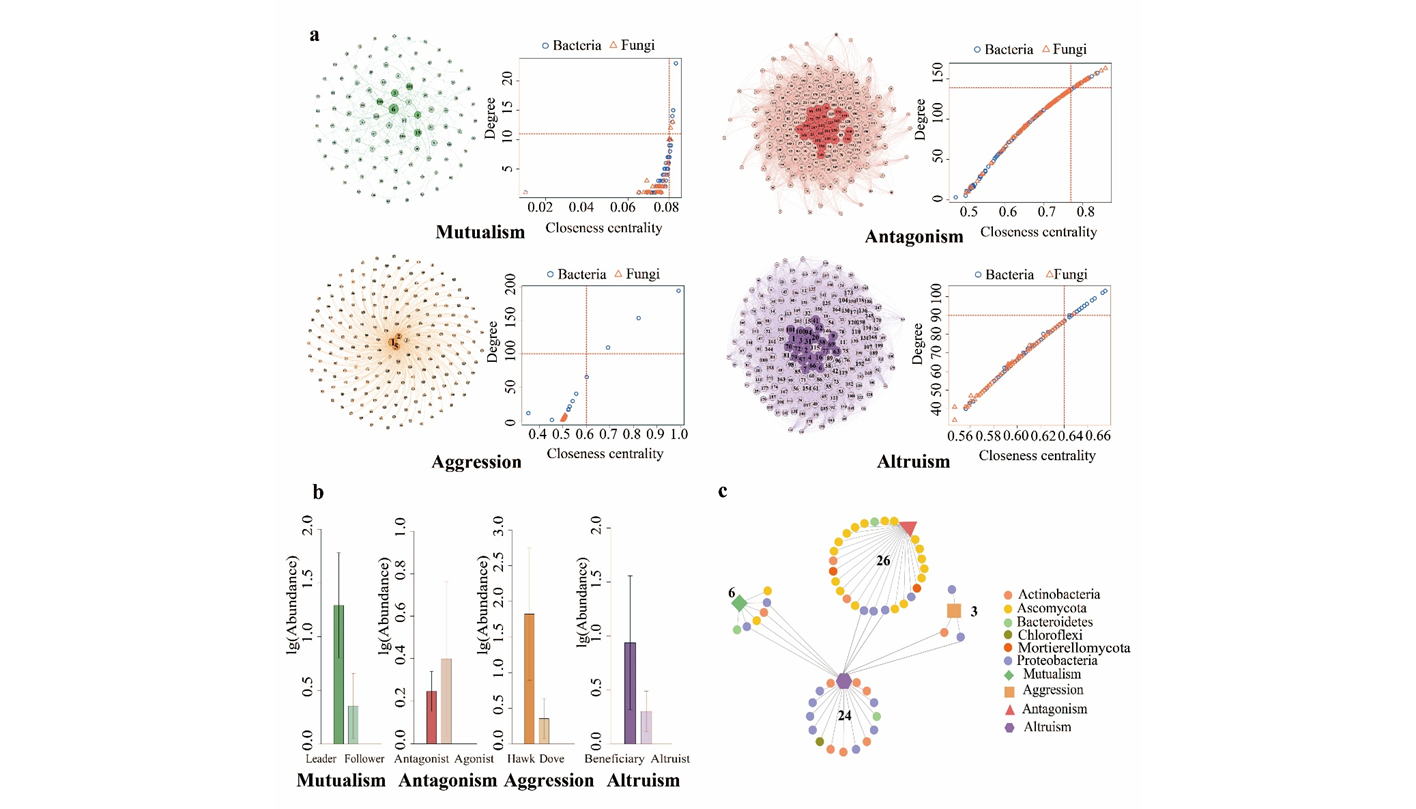 Why is it exciting? Network modeling is the core of many fields of modern biology. However, methodologies for network reconstruction are quite incomplete and not generalizable, especially for microbial community assembly where millions of microbes co-inhabit a highly-dense space to interact with each other within and across taxonomic units. Our rule of thumb to learn microbial interactions through simple mathematical descriptors accommodate to any dimension and complexity of networks. It can also capture how mutualism hides antagonisms and vice versa for the same pair of microbes, consistent with dynamic and varying aspects of Kurt Koffka’s social interdependence theory.

The paper published in npj Biofilms and Microbiomes can be found here: go.nature.com/2OACdFf

From metaproteomes to proteomes, and back again 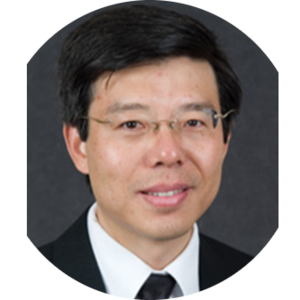