A Plasmid by any other name

+2
Raúl Fernandez-Lopez and 2 others View all
Beatriz Galindo Researcher, University of Cantabria
Follow 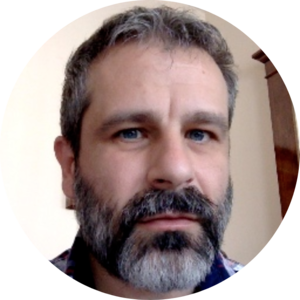 Professor of Genetics, University of Cantabria

It is easy to obtain a concise definition of what a plasmid is. Just look at any authoritative source at hand — your biology textbook or the Wikipedia will suffice — and you'll find something along the lines:

"A plasmid is any piece of DNA able to replicate autonomously"

But don't be deceived by the sober plainness of the aphorism. It is brief, it's true, and concision is a cardinal virtue of any good definition. But a good definition is also expected of a bit more than brevity. Namely, that it captures, at least partially, the essence of what is being defined. And this is a problem with our definition, because, in nature, plasmids are not any piece of DNA, but a particular set thereof. As for their main property, autonomous replication, it is a term vague enough to accommodate a surprising variety of relations with the chromosome. This inability to comprehend the variance and the essence is what makes our definition falling sort. Big news, you may think, as this can also be said about nearly anything under the sun, from animals to chairs and other pieces of furniture. But, while we may have a tacit agreement that chairs are mostly about sitting, it is not that straightforward to agree on what plasmids are mostly about.

Actually, "what plasmids are about" has changed considerably, since Lederberg discovered them in the 1940's (and named them episomes, another deceivingly simple term). Back then, the problem of the times was the universality of genetics. Classical genetics involved making crosses and looking at the variability in the progeny. But bacteria stood defiant, reluctant to breed in any discernible way. This was problematic, to the point that Luria and Delbrück openly questioned whether microorganisms should be considered true organisms, given their lack of sexual reproduction and, thus, proper genetics. Lederberg's episomes came to the rescue, and for some time afterwards being a plasmid was mostly about being an organ for bacterial sex. The prototype plasmid, F, received its name for the fertility it bore to Escherichia coli. This fertile, early period of bacterial genetics was soon to change, however, as a new problem of the times emerged. Bacteria became resistant to antibiotics, a phenotype Watanabe quickly associated to certain plasmids, he named R factors. Confusingly enough, R factors and F factors were not identical, but somewhat similar, sharing an intriguing number of characteristics. To understand plasmids, it became necessary to determine how many were out there in the wild, and what were their similarities and differences. This was the 1960's, but the problem has remained ever since.

In the meanwhile, the essence of being a plasmid changed a few more times. When Dawkins published The Selfish Gene, plasmids became the epitome of selfishness: super-evolved DNA masters able to enslave billions of bacteria (quite a promotion, from being the sex organs of that said slaves). Alas, plasmid despotism did not last long, since with the dawn of biotechnology, plasmids were demoted again, this time to tools for transgenesis. Just as vectors were our tools to engineer bacteria, natural plasmids were tools used by bacteria for self-genetic engineering. The combination of genetic self-improvement with previous ideas about sex and mass domination may seem a bit disturbing now, but it probably made perfect sense back then. These were the 70's after all. Less exalted, contemporary microbial ecology mostly sees plasmids as agents for bacterial adaptation to environmental change (another problem of the moment). Synthetic Biology, meanwhile, defines plasmids as modular assembly devices orthogonal to the chassis. Which is a really fancy way of saying "DNA molecules able to replicate autonomously", but such is the spirit of our times.

During all these metamorphoses, however, the problem of how many and how different plasmids are remained invariant. The pioneers in the endeavor of classifying plasmids understood that obtaining this catalogue was not a mere display of philatelic furor, but a necessary step to reveal the nature of plasmids. Naomi Datta, who initiated the first attempts to map plasmid systematically, explained this in a review under the telling title "Plasmids as organisms", where she wrote:

"…I consider plasmids to be organisms according to the definition of Luria and co-authors, i.e., a unit of a continuous lineage with an individual evolutionary history."

Her classification method (the Inc groups) was phenotypic, for sequencing was still decades away. It nevertheless revealed important aspects of plasmid physiology and genetics. The most important, as Stanley Falkow put it, was that plasmids probably organized into something similar to "molecular species", of which there could be hundreds in nature. In due time, molecular typing replaced classical incompatibility testing, but the problem of the essences persisted. Plasmids are similar to each other, but there is no universal plasmid gene (the closest, the relaxase, is only valid for mobilizable and conjugative plasmids). Typing became then contingent on the gene being typed, and only through a combination of target sequences, some order was found amidst the myriads of new plasmids discovered by genomic and metagenomic analyses.  In our paper, we faced this problem from a gene-agnostic approach. Instead of looking for the elusive essences of plasmid biology, we allowed DNA to speak for itself, just comparing DNA similarities, regardless of whether these were found in key plasmid genes (replication initiator proteins, relaxases, conjugative genes, partition genes, etc.) or in the "accessory" cargo genes. The answer, to our surprise, was that plasmids naturally organized themselves in something similar to these "molecular species", which we named PTUs (for Plasmid Taxonomic Units, we chickened out on species). And Falkow was right: there were an awful lot out there (but not THAT many!). Their classification revealed that sometimes PTUs overlapped with classical Inc groups, but most times they did not. Outside the well-known realms of Enterobacteria, their diversity, and the scope of our ignorance about them was stunning. In summary, renouncing to the essences allowed us to obtain a classification that was useful. But our approach was not without its own risks. Gene-agnostic DNA similarity means that we abandon the comfort zone of a common phenotype (something that true species have). Then, do these PTUs have some shared traits? Are there any phenotypic essences behind these molecular species, or are they just a collection of sequences bond together by the blind forces of recombination?

It seems that we have returned to the point where we started. Old problems have their own ways of coming back to haunt you. William of Ockham, one of the first dealing with these kinds of troubles, would have warned us: Do not give names to entities you don't require for an explanation. Now, instead of one, we have more than 200 names looking for meaning. Some of them may be about sex, others may be about carrying resistances. Perhaps some selfishly enslave their hosts, while others confer them with adaptive superpowers. A mess, indeed, but hardly surprising if you think about it. Complexity, after all, is the problem of our times. And, if there is something we learned about plasmids after all these years, is that they are such fashion victims!