+1
Tadashi Takeuchi and 1 other View all
PhD candidate, RIKEN
Follow 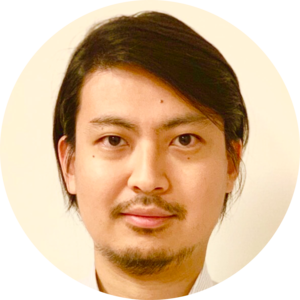 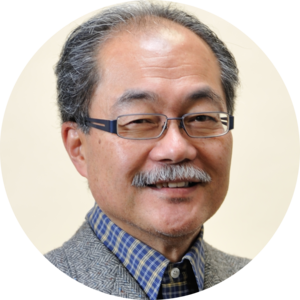 The gut microbiota play pivotal roles in the host pathophysiology including the immune system. Previous studies have documented the abilities of several microorganisms to induce and mature local and systemic immune systems. More recently, it has been recognized that the metabolites produced by these microorganisms take part in communication with the host immune cells. Among them, short-chain fatty acids (SCFAs) are one of the most abundantly produced metabolites in the intestine. The functions of SCFAs on host health have been extensively studied to date. Our group, for example, has previously reported that butyrate, one of the major SCFAs, promotes the induction of regulatory T cells in the large intestine and that this metabolite plays a role in the suppression of colitis1. Similarly, many other studies have revealed that SCFAs are one of the important tools that these microorganisms interact with host immunity.

However, there are some difficulties in in vivo studies involving SCFAs. First, when you provide free SCFAs orally, it is readily absorbed in the upper gastrointestinal tract (i.e., the stomach and small intestine), and therefore, it is difficult to see the effects of SCFAs in the lower gastrointestinal tract (i.e., the large intestine), where a homeostatic SCFAs concentration is the highest. Moreover, it is difficult to provide a sufficient amount of SCFAs through drinking water, as mice appear reluctant to drink water with a higher concentration of SCFAs. Fortunately, our collaborator Daicel Corporation in Japan has a technique to overcome these limitations. They have developed SCFA-conjugated cellulose, which contains either acetyl, propionyl, or butyryl groups by partially substituting the hydroxyl groups of cellulose. This original cellulose can release free SCFAs by hydrolytic enzymes derived from both the host and microorganisms especially in the lower intestine. We confirmed that a diet containing SCFA-conjugated cellulose sufficiently increases the SCFA level even in the large intestine. This new tool enables us to analyze the interactions between the immune system and SCFAs in a homeostatic condition.

In the current study2, we have focused on the roles of an SCFA, namely acetate, on immunoglobulin A (IgA). Our intestine is equipped to regulate the gut microbiota and suppress excessive immune reactions against them, and IgA is one of the major components of this host intestinal immune system to control these bacteria. Secretory IgA (SIgA) binds to these microorganisms in the intestine and thereby regulates their colonization, proliferation, and potential pathogenicity. However, the composition of gut microbiota can be dynamically altered in response to external stimuli, e.g., diet. In addition, it has been reported that IgA reactivity to the same microorganisms can be differentially regulated in different environments such as inflammatory bowel disease and malnutrition3,4. These findings imply that our IgA repertoire reactive to the gut microbiota can also be altered in response to the gut environment; however, the regulatory mechanism behind this IgA-microbe interaction has not been elucidated.

Here, using a diet containing SCFA-conjugated cellulose, we found that (1) acetate but not other SCFAs increases colonic IgA production; (2) acetate alters the reactivity of IgA pool to the gut commensal microbiota; (3) acetate impacts the community of mucosa-associated bacteria, particularly those regarded as pathobionts, in an IgA-dependent manner; and (4) acetate augments T-dependent IgA production in cooperation with microbial components such as lipopolysaccharides (LPS) in a microbe-dependent manner.

Previous reports have suggested that SCFAs including acetate tend to increase a gut commensal Bacteroides species5, which colonizes in the mucus layer to produce beneficial metabolites. In addition, it has been reported that SIgA binding to Bacteroides facilitates colonization of this microorganism in the mucus layer. Based on these findings, we at first speculated that acetate may affect IgA to increase and anchor Bacteroides in the mucus layer. However, the results of IgA sequencing3, which is widely used to analyze SIgA-coated bacteria in a high-throughput manner, were opposite. Although fecal Bacteroides was relatively increased in acetylated cellulose-fed mice, they were predominantly detected in the SIgA-unbound fraction. The major SIgA-bound bacteria belong to a member of Enterobacterales, which includes Escherichia coli, in these mice. We subsequently confirmed through ELISA that acetate increases IgA production against E. coli but not Bacteroides thetaiotaomicron.

It was, however, difficult to conclude that acetate alters the IgA pool only from these results, as acetate may have an impact on the gut microbiota composition itself. We therefore conducted experiments using germ-free mice monocolonized with either E. coli or Bacteroides to exclude this possibility. In addition, we performed an experiment using germ-free mice administered heat-killed bacteria, which was recommended by a reviewer, to rigorously adjust the dose of bacteria. In both experiments, acetylated cellulose increased IgA production in association with E. coli, suggesting that acetate is involved in a differential IgA production to the gut commensal microbiota.

Further experiments reveal that this differential IgA production by acetate is in part explained by augmentation of T cell-dependent IgA. Our data suggest that acetate may preferentially affect CD4 T cells to support IgA production with the cooperation of microbial components (e.g. LPS), and thereby alter the balance of T cell-dependent and -independent IgA. In this model, E. coli-reactive B cells are preferentially activated through the T cell-dependent pathway, while Baceteroides-reactive B cells stay unchanged during acetate-mediated CD4 T cell augmentation (Fig. 1), possibly because these B cells are activated through the T cell-independent pathway. In addition, consistent with previous reports showing that T cell-dependent IgAs preferentially bind to pathobionts to prevent their penetration into the host intestinal mucosa, our data show that acetate-induced IgAs impact the microbial community in the mucus layer and regulate the localization of pathobionts including Enterobacterales.

Our model provides a simple explanation to a phenomenon that IgA binding of the same bacteria is context-dependent. The host immune system senses the alteration in the levels of gut microbial metabolites and components in the intestine, and balances T cell-dependent and -independent IgAs to regulate the gut bacteria. However, we believe further studies should address some remaining questions. For example, although our data suggest that T cell-dependent IgA augmented by acetate is prone to target E. coli, not Bacteroides, and that microbial components such as LPS appear to take part in this selectivity, the role of microbial antigens in this differential IgA production has not been studied. In addition, in this study, we selected two representative strains from SIgA-coated and -uncoated bacterial community to simplify the model. It is therefore important to ask what determines the IgA reactivity toward other microbes such as Erysipelotrichales, another SIgA-coated microbe in our data, in a complex environment.