A microbial journey from soils to the estuary: The processes that shape aquatic microbial communities.

Controlled by seasonal differences in hydrology, microbes from all over the landscape come together and shape the unique microbiomes of various freshwater ecosystems.

Bacteria support our ecosystems worldwide; acting as decomposers of what has once lived and, therefore, recyclers of all matter. As ubiquitous, diverse and miniscule as bacteria are, it is hard to imagine the various lives of microorganisms. There are hypotheses in ecological theory that attempt to explain how these diverse microbial communities emerge and come together in various habitats on Earth (e.g. microbial community assembly). Scientists have found evidence for sleeping (i.e. dormant) microbial ‘seeds’ that resuscitate once environmental conditions become favourable to individual microbial species (e.g. temperature, oxygen levels; Lennon & Jones 2011), while a relevant proportion of a local community could also be random (e.g. influx of new bacteria, cell death; stochastic community assembly)(Zhou et al. 2017). Unlike organisms we can see with our naked eye, the study of microbial community assembly relies heavily on molecular technologies (i.e. sequencing techniques). DNA is captured and sequenced from soil, water and any other imaginable ecosystem, and taxonomy is subsequently assigned based on the similarity of nucleotide sequences to global databases. Given the emerging importance of microbiomes in many aspects of ecosystem functioning from the human gut to lakes, researchers have tried to link the presence of certain microbial species with specific functional genes or processes they are contributing to (e.g. decomposition, respiration). However, dead cells and DNA released into the ambient environment through processes such as cell burst, among others, do not necessarily degrade immediately. Therefore, with DNA technology, not only do we capture living and active bacteria, but also dead and dormant cells. Such a selective view can lead to misleading interpretations of who is actively contributing to ecosystem processes within a given landscape (Hall et al. 2018).

Freshwater connects various ecosystems within a landscape through multitudes of underground and aboveground water corridors. Whatever water that converges into larger rivers, lakes and ultimately the ocean, has passed through hundreds of various ecosystems upstream of a certain point within the watershed of a river. On its way, the water collects nutrients, organic material and microbes and carries them across the landscape. These complex systems resemble blood vessels that carry oxygen and necessary nutrients from organ to organ; in many ways, making running waters the blood vessels of our complex ecological body we call Earth. Besides being a connector of land and oceans, freshwaters play a critical role in the global carbon cycle, contributing to as much annual CO2 emissions as the terrestrial carbon sink (e.g. uptake of CO2 by trees) (Raymond et al. 2013).

As microbes travel with water, strong currents in these running freshwater systems make it difficult for microbes to actively move against the flow. Thus, many microbes go with the current, visiting different ecosystems from streams, rivers, bogs, reservoirs into the estuary. Certain ecosystems may be favourable to some of them, while others are not. The process of active growth and reproduction of certain bacteria induced by changes in environmental conditions is called selection (or deterministic assembly), while passive transport is often referred to as mass effects (e.g. being carried with the flow of water). How the balance between selection and mass effects shifts along an aquatic continuum remains widely unclear.

Our research group, Carbon Biogeochemistry of Boreal Aquatic Systems (CarBBAS), led by Prof. Paul del Giorgio at the Université du Québec à Montréal, was tasked to follow the construction of a hydroelectric complex along the La Romaine River in Northeastern Québec (Canada) in 2015. In order to explore the complexity of microbial community assembly, our team leveraged this opportunity to follow a truly connected aquatic continuum from headwater streams, through the main river and into the estuary. The addition of four reservoirs over the subsequent 5 years made the project almost a large-scale natural experiment, where we could ask questions about how shifts in water residence time can affect various components of the aquatic carbon cycle. The original project itself is funded by the Natural Sciences and Engineering Research Council of Canada (NSERC) and Hydro-Québec to investigate the greenhouse gas footprint of the river’s catchment before and after the hydroelectric complex has been built. Since the project started in 2015, a team of undergraduate students, graduate students and postdocs have been re-visiting the watershed two to three times a year to capture the seasonal and inter-annual differences in not only microbial but also biogeochemical processes. In 2017, I was very fortunate enough to join the team and continue the initial sampling of the microbial component of the project initiated by Clara Ruiz-Gonzàlez and Tristy Vick-Majors and receive some hands-on experience with this vast and very exciting dataset.

RNA as an indicator of reactivity

Compared to DNA, RNA disappears much quicker and is therefore a better indicator of recent potential microbial reactivity. By comparing the community composition between DNA and RNA across the aquatic continuum, we were able to learn that the reactive portion of microbial communities could mostly be traced back to microorganisms that were first seen in soils and soil waters, while the identified unreactive portion consisted of microbes that first appeared in various aquatic ecosystems, such as streams, rivers and the reservoirs. Seasonal changes in hydrology shifted when and where spots of intense selection happened along the continuum. Overall, we could conclude that mass effects are always present, resulting from both an influx of bacteria from the surrounding land as well as a carry-over from upstream aquatic ecosystems – which we named the ‘aquatic history’. Where selection is strongest, however, was mostly driven by seasonality and the resulting shifts in hydrology. Our work exemplifies, how at times a large proportion of microbial communities can be unreactive, and hence an indication of reactivity is necessary when studying microbial communities to better understand their contribution to microbial processes and ecosystem functioning.

We would like to finish by acknowledging that the land on which the field work was conducted is on the traditional and unceded territory of the Innu community (Nitassinan), and the laboratory work and the host institution was conducted and is located, respectively, on the land of the Kanien’keha:ka people, as well as the Métis people.

For more information about us, visit our lab’s website. 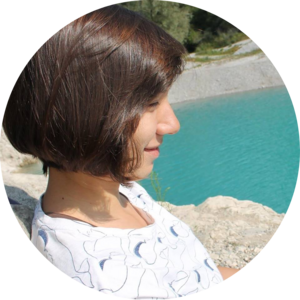