Bacterial biofilms account for an important (although uncertain) part of the Earth’s biomass. Biofilms are present in all habitats — soils, oceans, the atmosphere, humans, the phyllosphere — and they are exquisitely involved in the bioengineering of our environment. 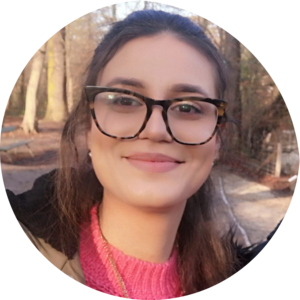 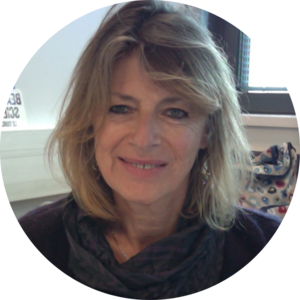 These biofilms play a crucial role in many geochemical equilibria, from the degradation of human waste to helping plants grow and defend themselves against pathogens, even if they can also injure their host. Although it has been known for many years that biofilm-dwelling cells possess specific properties as compared to their planktonic counterparts, the question remains: what mechanisms are involved in this special lifestyle?

Our team works to elucidate the causal relationships between the physicochemical properties of biofilms and their biological functions. In this search, three essential rules have been established to help bring about some general principles. First, always monitor the targeted processes on a kinetic basis, to fully understand the mechanism. Second, control the environmental parameters in order to evaluate their role. And third, work in situ to avoid altering the system through the experiment itself.

This approach has guided the development of our multispecies model biofilm. This began when our group collaborated with the MICALIS Institute at INRAE, when they were working on a biofilm of natural origin for laboratory investigations. Our team had previously worked with monospecies experimental models and was overwhelmed by the complexity of natural communities. We thus faced the dilemma of using a well-controlled but very simple model system versus a naturally relevant but intractable one. Eventually, we opted for reasonable complexity and assembled a multispecies biofilm model inspired from the original natural model that is amenable to laboratory study with quantitative descriptors. Four species were included whereas the initial biofilm comprised 13, and we assembled well-known laboratory strains closely related to original species such as Bacillus thuringiensis (Bt) and Pseudomonas fluorescens (Pf) along with Kocuria varians (Kv) and Rhodocyclus sp. (Rh), two isolates from the initial consortium. The strategy was to conserve sufficient diversity, with the possibility of investigating the system in depth via the detection of discrete species in the biofilm. The experimental setup design was also critical in the search for a trade-off between control and complexity. The choice of millifluidic glass/PDMS parallel channels to grow the multispecies biofilm under flow allowed us to achieve precise control of the environmental parameters and real time in situ monitoring of biofilm development.

It took the team some time to achieve the perfect control and reproducibility of the living adherent community and its development. Indeed, when four very different species are involved in building the biofilm, any slight deviation in the conditions can compromise the synchronous development of the community. Fortunately, persistence paid off and we are now very excited to possess this powerful experimental model. As such, we have succeeded in demonstrating the formation of a dynamic community that deterministically reaches its equilibrium after approximately 30 hours of growth. We revealed the emergence of complexity in this simplified community, as reported by an increase in spatial heterogeneity and non-monotonic developmental kinetics. Importantly, we found interspecies interactions consisting of competition for resources, as well as direct and indirect physical interactions. We also found converging evidence that spatiotemporal distribution of oxygen was the main driving force of the system. Currently, our work is demonstrating this idea by controlling and measuring in situ local O2 concentrations in the multispecies biofilm using an advanced fluorescent probe and lifetime imaging. We are eager to complete this work and share it with the community in the following months.

The beauty of this novel system is that we can now investigate the responses of the bacterial community to all sorts of perturbations, whether physical, chemical or social. We believe this is important to address at a time when the Earth is confronted with unavoidable environmental challenges.

More information about our 4-species biofilm can be found in our recently published article at the following link.