In Earth’s dark subsurface, no organic carbon can be formed by photosynthesis. The microorganisms present have to put up with oligotrophic conditions or fix CO₂ chemolithotrophically. Mixotrophs, able to utilize organic carbon as well as CO₂, are optimally adapted to flourish under these conditions.

Life of all humans is set in the “Critical Zone”, a tiny layer on Earth that extends from the vegetation on the surface to the aquifers underground. This relatively small setting supports life as we know it, for instance, aquifers supply drinking water for almost a quarter of the world’s population. The well-being of our life depends entirely on a balance of this dynamic system, where every event happening on the surface will have an impact on the subsurface and vice versa. The Hainich Critical Zone Exploratory (CZE), established by the Collaborative Research Centre AquaDiva, is a great tool to unravel the dynamics of the subsurface environment and contribute to the understanding of our tiny but complex world.

The subsurface is home to a surprisingly large number of microorganisms that contribute to its functions. Understanding their interactions is pivotal to explain what holds the micro-world together at its core. When we talk about the subsurface, it is important to keep in mind that life there is different from what we observe on the surface. For instance, the absence of light prevents photosynthetic production of organic carbon to form the basis of food webs. The organic compounds available in the subsurface are usually inputs from the surface, brought by water flows and serving as carbon source for heterotrophs. However, some members of the subsurface microbial communities known as “chemolithoautotrophs” can use inorganic carbon for light-independent primary production. This in situ produced organic carbon can serve as carbon source for heterotrophs as well, potentially supplying an underground food web independent of surface inputs.

These carbon fluxes are of great relevance for the microbial communities, but not yet fully understood: What is the impact of chemolithoautotrophic primary production on the subsurface microbial food web? Which heterotrophic organisms benefit from this in situ produced organic carbon? These were the main open questions we wanted to investigate.

For this purpose, our aim was to reconstruct the carbon flux of the microbial community found in the groundwater at one site of the Hainich CZE. Given suitable conditions for chemolithoautotrophy underground, we expected that most organisms would grow strictly autotrophically, with a small community of heterotrophs feeding on their remains. Surprisingly, we realized that most organisms were “mixotrophs”, able to utilize both inorganic and organic carbon. In this way, they managed to benefit from all available carbon sources, employing different strategies to balance them against each other. These organisms formed a complex network, exchanging organic carbon compounds and recycling everything possible in the groundwater.

Coming to these realizations was not straightforward, many challenges had to be overcome. First, we needed a method suitable to track the carbon flux all the way from CO2 to the last members of the food web. Developing the ideal tool was a journey that took nine years. It started during my PhD, in which I investigated matter fluxes using Stable Isotope Probing (SIP). The idea behind SIP is quite simple, you provide a microbial community with a specific substrate labeled with 13C, which certain microbes will incorporate in their biomolecules, and voilà, you know which organisms were actively using this substrate. When combined with metaproteomics, where the incorporation of 13C can be accurately quantified by mass spectrometry, SIP provides a wealth of information on the carbon sources organisms are using. From the first SIP-metaproteomics experiments on, my vision was to integrate all data obtained from this analysis and link them to individual community members. During the last decade, advancements in metagenomics analysis enabled mapping of proteomics information to individual microorganisms. The evolution of these tools culminated in this study with development of the Stable Isotope Cluster Analysis (SIsCA), a method able to determine and compare how different members of a microbial community utilize carbon both quantitatively and over time (Fig. 1).

With this suitable method in our hand, we then realized that simply filling groundwater spiked with 13C-labeled CO2 into bottles would not provide enough incorporation to measure carbon flux. We needed to boost chemolithoautotrophic activity. For one year, we carried on pre-experiments testing different conditions, and we were surprised to realize that, despite the specific groundwater characteristics at the site, addition of thiosulfate provided the best conditions for chemolithoautotrophs growth in our samples.

Once chemolithoautotrophic activity was boosted, we had to face the next challenge: The groundwater we wanted to investigate comes from an aquifer in a limestone setting, hence the water is saturated with 12C-bicarbonate. Therefore, before we could label our sample with 13C-bicarbonate, this “background” had to be removed. We solved this problem by acidifying the groundwater and gassing with synthetic air to remove the unwanted background, before adjusting the pH back its original value and proceed with 13C-bicarbonate spiking. Unfortunately, the organisms would not survive this pH rollercoaster, they had to be evacuated first! We filtered the groundwater and kept the microbes on the filter safe in a small volume of untreated groundwater. This solution allowed us to tackle another challenge: the ultra-low cell numbers in the groundwater. By concentrating cells, we were able to obtain enough material for the analysis. We later realized that this procedure had yet another positive side effect: as not all cells survived the evacuation procedure, it provided a source of unlabeled organic carbon, which helped us to differentiate the origin of the carbon.

Ultimately, our study provided two great outcomes. On one hand a methodological advancement, as we could develop an accurate method to trace carbon fluxes quantitatively and over time. On the other hand, we were able to add little pieces to the great puzzle that the network of microbial communities in the subsurface resembles.

The ability of the prevalent mixotrophs in these communities to employ different strategies to obtain carbon sources emphasizes that an organism must adapt to survive and succeed in such a harsh environment. As inhabitants of the surface, we, as humans, can learn from subsurface microbes and realize that adaptation to the surrounding environment and contribution to the well-being of our communities are key factors for a successful life in our tiny, yet complex Critical Zone. 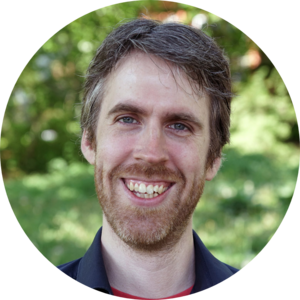