A glimpse at the anaerobic metabolism of Foraminifera

Gene expression data provide a new perspective on the anaerobic metabolism of Foraminifera, calcifying microbes that are preserved in the geological record since the last 500 million years and serve as one of the most important paleo proxies for marine geology and paleo-climate research.

The story begins in July 2018, as I participated in an exciting oceanographic research cruise to the Benguela upwelling system (Namibia) with colleagues from the Max Planck Institute for Marine Microbiology and the MARUM in Bremen.  During the cruise, we obtained a high quality 30 cm long sediment core with a nicely preserved sediment seawater interface, and we immediately began to section the core in the 'cold room' (a room kept at 4 degrees Celsius for temperature sensitive samples).  It was a warm sunny day outside, but in the cold room we were wearing winter coats. While we were sectioning the core, a strong odor reminiscent of rotten eggs was easily detectable, which is attributed to the extremely high concentrations of toxic hydrogen sulfide.  The sediments are anoxic already 1 mm below the surface. We froze the sections immediately in the adjacent -20 C room, which is important to get the best possible gene expression results.

I still remember as we were all bundled up sectioning the core (in German 'Kernschlachten'), it sounded like the blade we were using to slice the core was cutting through gravel.  I asked the chief scientist Tim Ferdelman "what is making that sound?".  He explained that the sediment was composed of 'Foraminifera sands', basically sand that is composed of countless numbers of microscopic calcium carbonate shells ('tests') from Foraminifera that have been buried slowly on top of one another and compacted.  Foraminifera are single-celled eukaryotes (protists) of large ecological importance, as well as environmental and paleoenvironmental indicators and biostratigraphic tools because their calcium carbon tests leave a geological record.  Their tests are preserved in rocks since the last ca. 500 million years, and thus provide a window into past oceanographic and paleo-climate conditions. They are well known of surviving in anoxic marine environments where they represent a major component of the benthic community. However, the cellular adaptations of Foraminifera to the anoxic environment remain poorly constrained.  I remember thinking to myself as Tim Ferdelman explained this to me, 'I wonder if any of these Foraminifera are still alive....".

To test this, I thought if the Foraminifera in the sulfidic sediments below the seafloor were anaerobic, those found at the sediment surface might increase their activity under these induced anoxic conditions.  So, I took several grams of sediment from the top of the core at the seawater-seafloor interface, and placed them into glass flasks with fiber optic O2 sensors, and filled them to the top with bottom water leaving no air inside and capped them air tight.  I incubated them in the dark  at 10 degrees Celsius for 10 days.  The O2 was consumed to levels below detection within 24 hours, so a nice gradient of induced oxygen conditions was sampled under a somewhat controlled experimental setup.  I froze time points at the beginning (T0), 18 hours, 3 days, 7 days, and 10 days to capture the activity across the changing oxygen concentrations.

Back in my geomicrobiology lab at LMU Munich, Dr. Aurele Vuillemin extracted RNA from the frozen samples and performed metatranscriptomics.  Before annotating the gene expression data, I updated our large predicted protein database 'MetaProt' (DOI: 10.5282/ubm/data.183), with all of the publicly available predicted proteins from Foraminifera transcriptomes and genomes.  As I was screening through the annotated gene expression results I noticed that thousands of expressed genes had highest similarity to an organism derived from the genus 'Ammonia'.  I googled 'ammonia microbe' and voilà , this turns out to be a genus of benthic Foraminifera.  After discussing with Aurele Vuillemin, he informed me that the genus Ammonia is well known to exhibit long periods of survival under anoxic conditions.  We both were excited about this result.   Realizing at this point that I knew basically nothing about Formainifera, I purchased a copy of the book 'Anoxia: Evidence for Eukaryote Survival and Palentological Strategies' (edited by the late Prof. Alexander Altenbach) that contains multiple chapters on the anoxic behavior of Foraminifera.  After reading this book, I learned that while much was known about the paleontology and ecology of Foraminifera, details regarding their biology and metabolism in anoxic environments was lacking.  Thus, I decided to investigate our gene expression data in more detail to see if I could learn something new.

I asked our colleague Dr. Raphaël Morard (MARUM, Bremen) to take a look at the core samples and he was able to identify that two genera Bolivina and Stainforthia dominated the Foraminifera community in the sulfidic sediments, and still contained visible cytoplasm inside of their tests indicating that they were still alive.  Whats more, is that there was a quantifiable increase in the number of Foraminifera in the deeper parts of the core.  This was consistent with the gene expression results of predicted proteins annotated to these same two genera of Foraminifera (which we confirmed with a phylogenetic analysis), which increased more than an order of magnitude below the seafloor indicating that they were not only surviving there, but that they were thriving!  We confirmed this by performing the same gene expression analysis on the 10 day incubations that I had set up, which sure enough showed that the gene expression of the Foraminifera clearly increased with the onset of anoxic conditions - by as much as 40 times compared to the starting levels!

The anaerobic energy metabolism of the Foraminifera indicating they were performing dissimilatory nitrate reduction, which was consistent with prior biogeochemical studies.  However, it appears that the Foraminifera in the Namibian sediments lack the gene for nitrous oxide reductase, indicating that their denitrification activity might lead to the formation of the greenhouse gas N2O.  The gene expression data also revealed that in addition to nitrate respiration, the anaerobic Foraminifera were using fumarate as a terminal electron acceptor and also performing fermentation of amino acids and sugars.  Another interesting feature of their anaerobic metabolism was the expression of genes encoding creatine kinase, which dephosphorylates creatine phosphate for short bursts of energy under anoxic conditions.  Our human cells also use creatine kinase for the same purpose when our cells go anaerobic, for example during strenuous physical activity.   That is a reason why some body builders take creatine supplements from health food stores because they believe this will provide their muscles with increased energy during intense workouts and weight lifting when their muscle cells go anaerobic.  Foraminifera are also eukaryotic cells after all, and apparently also use creatine kinase to dephosphorylate creatine phosphate to eek out some extra energy under anaerobic conditions.

Another interesting component of the anaerobic metabolism was the expression of genes involved in clathrin mediated endocytosis (CME), which is a means by which eukaryotic cells can take up dissolved organic matter (DOM).  Usually, eukaryotic predator microbes like Foraminifera eat other cells via phagocytossis by slurping them up whole.  However, our data suggested that in addition to this, the anaerobic Foraminifera also use CME.  We speculated that CME might be a mechanisms that helps Foraminifera access extra carbon sources from DOM under energy limited anoxic conditions, or in sediments where they are physically restricted making it more difficult to reach prey organisms in other areas of the sediment.

All in all, this was a fun project to work on and I learned alot about anaerobic eukaryotic metabolism and gained a much greater appreciation for the ecologial role of Foraminifera.  I suggest that other marine microbiologists include Foraminifera genome and transcriptome data into their databases when doing marine metatranscriptomes, because it is possible that some of the gene expression data from similar samples from Foraminifera has been missed because these data are not organized in public databases. Our database ('MetaProt' ) contains these data in an organized searchable format on the LMU Open Data website (DOI: 10.5282/ubm/data.183), if anyone is interested to check their data against it.  Happy microbe hunting! 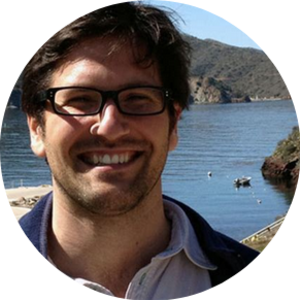