Our Discovery Research and Development team at MassBiologics of the University of Massachusetts Medical School (UMMS) focuses on the development of biologics, including human monoclonal antibodies (MAb) for the prevention and treatment of diseases of public health significance.  For more than 125 years, MassBiologics has worked to improve public health through applied research, development and production of biologic products for infectious diseases such as tetanus, diphtheria, respiratory syncytial virus, C. difficile infection, rabies, hepatitis C, enterotoxigenic E. coli (ETEC) and Lyme disease.

In late January 2020, during a break in a meeting, members of the MassBiologics leadership team chatted about a new outbreak of a mysterious virus that was causing a SARS-like respiratory disease. Decades earlier, MassBiologics had responded to the SARS-CoV outbreak by developing fully human monoclonal antibodies with efficacy as both prophylaxis and treatment in animal models. With support from the NIH, we had also developed a cGMP master cell bank for one of the antibodies (MAb201), which was ready for clinical trials at the time that cases of SARS-CoV disappeared. Fast forward 16 years:  we recognized that we might have something in our freezers that could help with this new infection. We were energized. The next day, our team launched the laborious process of resurrecting the old SARS program. We dug through lab archives and retrieved boxes of frozen hybridoma cells that had been developed over 16 years earlier. Notebooks were dusted off and cell lines were thawed and scaled up to determine if there was a therapeutic nugget in those long frozen cells. Maybe we would be lucky... Excitement turned to disappointment a few weeks later. MAb201 showed absolutely no binding with SARS-CoV-2, despite over 90 percent similarity on the epitope.

But we persevered. Monir Ejemel and Qi Li, the two lead scientists, scoured our liquid nitrogen tank inventory lists to find other anti-SARS human antibody clones that were identified along with MAb201. This search identified an IgG-MAb362- that cross reacted with both SARS-CoV and SARS-CoV-2. At that time, very few labs in United States had isolates of live SARS-CoV-2 virus and most were weeks away from having a reliable neutralization assay. Following a phone call from Public Health England’s Dr. Julia Tree, informing us that Dr. Miles Carroll’s team had established a live virus assay and a collaboration to test our antibodies was quickly established. Julia had returned from an emergency international COVID-19 meeting and had been tasked with contacting labs who had previously developed anti-SARS MAbs. MAb362 IgG was immediately shipped to UK for testing. The neutralization was very weak and not reproducible. Disappointment again!

We were, however, undeterred. Contemporary with MassBiologics’ search for a SARS-CoV-2 therapeutic monoclonal antibody has been a separate program, funded by the Bill & Melinda Gates Foundation, to develop secretory IgAs, which naturally reside on mucosal surfaces, to prevent gastrointestinal infections. With a similar idea for anti-SARS-CoV-2 IgAs to produce passive mucosal immunity in the respiratory tract, we now considered expressing the SARS-CoV-2 specific IgG MAb362, as an IgA isotype. With most of the gene synthesis services that we usually used significantly delayed by what was now a pandemic, we did the antibody gene assembly in the lab using BioXp. Monir spent several nights delivering the samples by midnight for “special service delivery” to our colleagues in Porton Down. Surprisingly, the sIgA isotype worked with far greater binding affinity and neutralization activity than its IgG counterpart.

Dr. Celia Schiffer, who is a senior structural biologist, professor of biochemistry and molecular pharmacology, and her postdoctoral associate, Shurong Hou, began to explore the structure of MAb362. Interestingly, they found MAb362 shared a highly similar framework with MAb 80R, another SARS-CoV antibody with a crystal structure in complex with SARS-CoV. A molecular model revealed a highly conserved protective epitope within the receptor-binding domain of the S protein. MAb362 neutralizes authentic SARS-CoV-2 virus by directly out-competing the S protein’s binding to hACE2 receptors.

So our search –which started during a coffee break conversation -- resulted in a unique sIgA antibody that could potentially be applied through mucosal administration in combination with other systemically administrated therapeutics for direct mucosal protection. We are heartened by the many international collaborations that have been spawned by the COVID-19 pandemic and are grateful to our dedicated scientists and collaborators who made this work possible during challenging times. 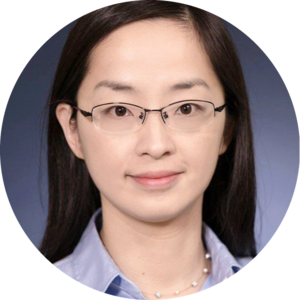