A Bacterial Tale of Two Cities

In doing a simple bacterial competition assay, we noticed using same strains and same protocols gave us two opposite results between Shanghai and Calgary! Here I share with you how we went after this and discovered bacteria are true masters of sensing seemingly very subtle changes.
Tao Dong
Professor, Southern University of Science and Technology
Follow
Like Liked by Ellinor Alseth and 7 others
0

Have you ever experienced the frustration that you cannot reproduce some results, especially your own? We have, and here is what happened! It dates back to 2013 when I was working on a type VI secretion system (T6SS) effector called TseH as a postdoctoral fellow in John Mekalanos’s lab at Harvard Medical School. In John’s lab, I had discovered three T6SS antibacterial effectors in Vibrio cholerae using a relatively new technique at the time, Tn-seq analysis. The basic design was based on the fact that each antibacterial effector must have a cognate immunity protein for self-protection. For effectors that have targets in the periplasm, the immunity genes would be essential in the wild type where sister cells can deliver the effectors to the periplasm but not in the T6SS-null mutant where the effector is stuck in the cytosol. I was very lucky that the three effectors all target the periplasm. The fourth antibacterial effector TseH was discovered using a secretome approach by another lab member. It is toxic when expressed in the periplasm of E. coli and the toxicity can be neutralized by co-expressing its downstream immunity protein TsiH. It was a real puzzle, however, that the knockout mutant lacking the tseH-tsiH genes was expected to get killed by wild-type cells in a standard competition assay just like the other immunity-defective mutants, but it did not.

For a long time, we thought TseH was cryptic. It was not until 2020 when my postdoc Steve Hersch found out that TseH exhibits certain specificity and it could not kill E. coli or the V. cholerae immunity gene mutant in competition assays due to a network of immunity-protein-independent protective genes. In the accompanying review also with Steve as the first author, we described the immunity-protein-independent non-specific protection as the innate immunity of bacteria against diverse toxic proteins, in comparison to the immunity-protein specific protection.

As you have probably grasped, the story didn’t end there but rather just began. I relocated from the University of Calgary to Shanghai Jiao Tong University. There, I have an MSc student, Mingxuan Tang, who performed a competition assay using E. coli as prey and the V. cholerae strain with TseH as the only intact T6SS effector (TseH+) as killer. It was supposed to be a negative control since we expected no killing of E. coli. However, the TseH+ strain killed E. coli quite effectively, which was in sharp contrast to what we had observed in Calgary. It was surprising and also frustrating because we had no clue why. The phenotypes were highly reproducible; no killing in Calgary and killing in Shanghai.

To troubleshoot, we thought about a long list of things that could be different: unknown mutations in strains, different hands, or even the chinook effect (warm and dry strong winds blowing through Calgary and bringing people headaches during the wintertime). After all, Shanghai is humid and warm and near sea level, relative to the dry and cool weather in Calgary where water boils at 95oC due to its high altitude. We tried making new mutants, having different students run the same experiment, and many other things. Unfortunately, those initial attempts failed.

Of course, we also suspected the media. The LB medium used was purchased from the same manufacturer, which sells the LB products both in Canada and China with the same catalog number. We then purchased and tested different components of LB and agar from at least three major international suppliers, the ones we commonly order from in North America. Whatever we tried, this killing phenotype persisted. Finally, I got some LB and agar shipped from Calgary, and boom, E. coli wasn’t killed by TseH on LB plates from Calgary! We are not clueless anymore.

Luckily at SJTU, there is a world-class analytical core facility that enables us to compare the composition of LB agar from different sources. There is a list of differences but what stands out is the amount of Mg and Ca cations. By adding Mg2+or Ca2+cations or chelators to the medium, we could now switch on/off the killing phenotypes. We then determined the transcriptome changes under these conditions and found that the Mg2+-sensing PhoPQ system plays an important role in protecting cells under low Mg2+conditions. Furthermore, we also found that the toxicities of other T6SS effectors are also subject to environmental metal and temperature changes. For the colicin-like effector VasX, a simple 37 oC to 30 oC down-shift renders Pseudomonas aeruginosa more susceptible, by several orders of magnitude, to an otherwise resistant antibiotic molecule.  The details are described in the paper that has been just published in the ISME Journal （https://rdcu.be/cJ9X6）.

To speculate, we think our findings may also have a much broader impact from a climate-change point of view; it's been shown that climate change and global warming have contributed to changing our ocean’s chemistry including acidification and increased calcium and other dissolved cations. Our study reveals one of the many ways by which these environmental changes can affect the small but vast microbial world, which may lead to fundamental changes from the very bottom of the complex ecological chain. Thus, we are very happy to have the ISME Journal publish this story to share with the broad microbial ecology community.

This study involves several people but is mainly spearheaded by a very talented MSc student Mingxuan Tang. It is also an interesting coincidence that Mingxuan did her BSc at Central South University, a place well known for its metal-related research in China, but Mingxuan majored in bioscience and ranked top of her class when she graduated. Although people have known that different sources of LB and agar can cause different phenotypes (e.g., Pseudomonas swarming), I had not expected that it would have a life-or-death effect in the context of T6SS-mediated competition. Had I not studied TseH, not relocated to Shanghai, or not recruited my talented students, we might still have no idea what bacteria are experiencing when we perform those routine inter/intraspecies competitions in different labs and on different medium sources. For that, I hope you will enjoy reading the research paper and think about whether your bacteria are also experiencing similar life-threatening issues but silently without you noticing. After all, they are the true masters of sensing and acting on very subtle environmental changes but just can’t tell us!  :-)

The cartoon image below is drawn by Megan, my first and very talented graduate student, who continues to contribute to the lab after graduation, especially with her various drawings.  If you like the story and know someone who is looking for Ph.D. or postdoc opportunities,  please spread the word: we have multiple positions opening for Ph.D., postdoc, and research associates with internationally competitive stipends!

Dr. Tao Dong is a professor at the Southern University of Science and Technology. Prior to joining the SUSTech, he served as a professor and Canada Research Chair in Molecular Ecology of Waterborne Microbes at the University of Calgary. He has also worked as a special principal investigator and department chair of Biochemistry and Molecular Biology at Shanghai Jiao Tong University. Dr. Dong’s research is focused on understanding the molecular adaptation and interaction mechanisms that enable bacteria to survive in diverse natural and host environments. He has trained 10 postdoctoral fellows, 8 Ph.D. students, 7 MSc students, and over 20 undergraduate students. Tao's group is actively seeking out international talents who are interested in pursuing Ph.D. or postdoc training. Come and join us, and let's experience the exciting discoveries together, here in Shenzhen, a highly vibrant cosmopolitan city! 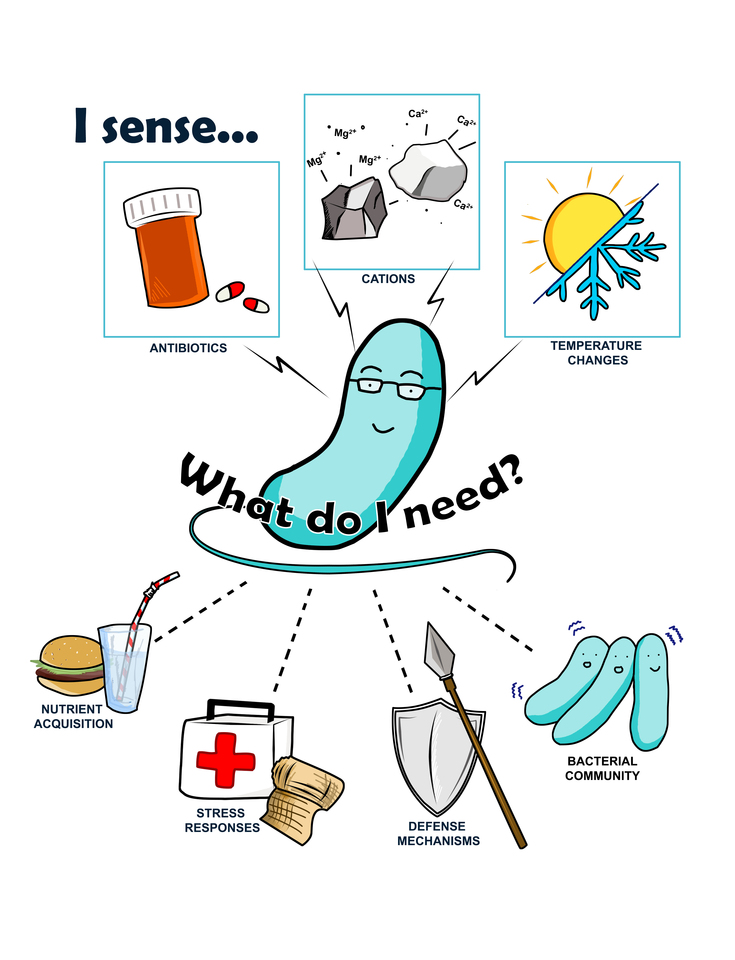 A Bacterial Tale of Two Cities

In doing a simple bacterial competition assay, we noticed using same strains and same protocols gave us two opposite results between Shanghai and Calgary! Here I share with you how we went after this and discovered bacteria are true masters of sensing seemingly very subtle changes.