The scale of pollution in the oceans was put in stark relief following the strandings of 30 sperm whales in the North Sea. Necropsies revealed large pieces of waste in the whale’s stomachs, including a 13-m long net and the plastic cover of a car engine. Although the ultimate cause of death seems to be a navigation error, these remnants would almost certainly have caused health problems throughout the whales’ lives.

The giant debris field washed into the Pacific Ocean following the Tohoku-oki tsunami and tracked by satellites stimulated some discussion about the amount of trash entering the oceans. But the main sources of such debris to the oceans are less traceable: deliberate dumping and accidental wash-overs of equipment and trash from fishing vessels, cargo and cruise ships release large amounts of plastic to the oceans. The list of negative impacts of this plastic is growing. But plastic pollution is by no means the only anthropogenic threat to ocean health.

On the nanoscopic scale, the runoff of nutrients from eroding soils and fertilizer applications has been altering the biogeochemistry of marine waters for decades. Such runoff adds to the nutrient inventory of surface waters, fueling algal and bacterial blooms. As the biomass from these blooms sinks through the water column, it is quickly consumed in the subsurface. However, the microbes breaking down the organic matter also consume oxygen. In the case of large blooms, this microbial feeding frenzy can leave a swath of low oxygen waters. This is great news for microbes that thrive in low to no oxygen environments, but not so great for things like fish or invertebrates, which must move to more hospitable waters or die. Despite a widespread recognition of this problem, the effects continue to grow. In the summer of 2015, the expanse of low oxygen waters in the Gulf Mexico reached 6,474 square miles. Meanwhile, the extent of low oxygen waters in the Baltic Sea has increased ten-fold in the past century.

The effects of such nutrient release were initially thought to be limited to fairly near-shore areas that are heavily influenced by agriculture. However, three papers recently published in Nature Geoscience, have called that axiom into question. Fossil fuel and biomass burning releases readily consumable nitrogen species to the atmosphere, some of which is deposited to the ocean interior. But these and other aerosols also contain iron, which can stimulate algal blooms in specific regions of the oceans, including the tropical Pacific Ocean. Recent modelling work shows that the repeated delivery of iron-rich particles to this region has amplified a decline in mid-depth oxygen concentrations over the past few decades. Moreover, other anthropogenic particles are delivering polycyclic aromatic hydrocarbons to the subtropical Atlantic at a rate of 0.09 Tg per month.

And it seems that humans can also alter the effects of runoff even in areas far removed from direct human activity. Anthropogenic climate change has increased the melting of Arctic permafrost, altering hydrologic activity and releasing vast quantities of carbon. This carbon is finding its way to the Arctic Ocean, where it is acidifying surface waters. In the East Siberian Arctic shelf, the current undersaturation of the waters with respect to aragonite already exceeds levels projected for 2100. The effects of this undersaturation on the biota in this region remain to be determined.

The threat human activities pose to the oceans are varied and not easy to quantify. From the release of particles and carbon to the atmosphere to farming to sloppy and lax shipping and fishing practices, the oceans and their biota will suffer. That these impacts are being observed even in the most remote and “pristine” areas of the oceans must serve as a call to action for more protective legislation and more severe consequences for those companies found to be flouting international rules and treaties.

Alicia Newton
Senior Editor, Nature Geoscience
Follow
I have been an editor with Nature Geoscience for 10 years. Previously I completed a PhD at the University of South Carolina in geosciences, studying temperature changes in the Indo Pacific warm pool over the past 26,000 years. 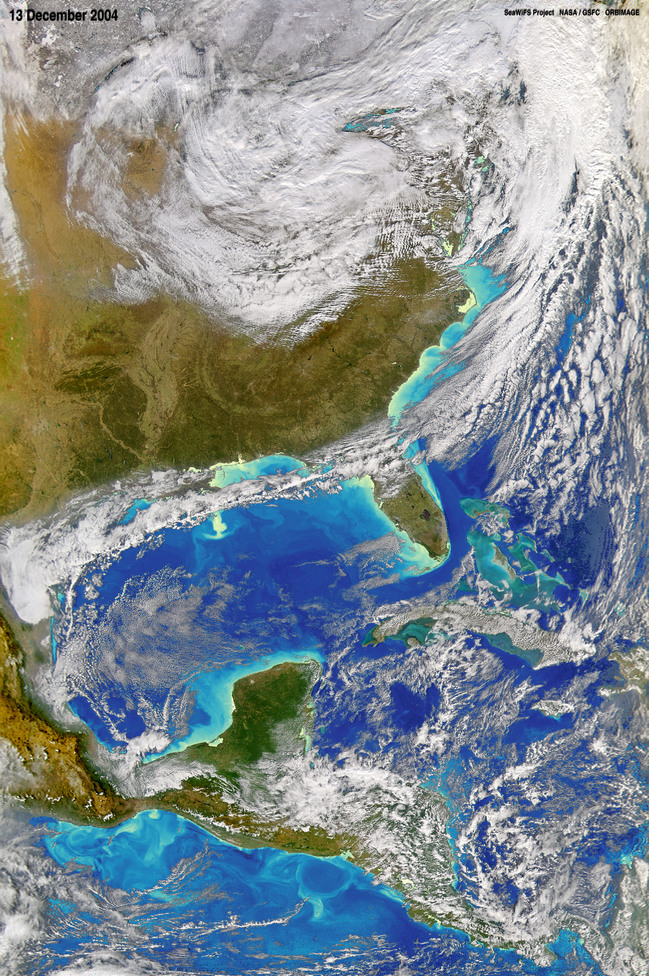