The history of the study of bacterial motility is long and some would say tortuous. From the first observation of their ability to swim more than three centuries ago, through the first low resolution views of the nano-machine responsible for rotary motion five decades ago, researchers have been attempting to elucidate the mechanisms that underpin this fundamental aspect of bacterial life. The flagellum, as the machine was termed due to it’s whip-like appearance, is a highly complex molecular motor, made up of many different protein sub-complexes, and varies widely between species of bacteria. Indeed, the enormous complexity of the system led to its adoption as an exemplar of irreducible complexity by the intelligent design community. Despite the complexity, the core of flagellum is relatively simple, being formed of a central rotor surrounded by stator complexes that induce the rotation in response to ion flow across the inner membrane. In most bacterial species, the rotor itself is formed from a maximum of four different protein chains assembled into enormous (> 5 MDa) circularly symmetric complexes. Real molecular detail, however, was limited to structures of monomers or fragments of the cytoplasmic (C-ring) components of the rotor, with little to no detail being available for the membrane tethered portion termed the MS-ring.

Our laboratory’s journey to the heart of the flagellum began with our work on the highly homologous injectisome machines of pathogenic bacteria. For several years we had struggled to obtain crystallographic structures of the hydrophobic portions of secretion machinery, termed the Export Gate, at the centre of the injectisome. Our big breakthrough came from the commissioning of a Titan Krios microscope at the newly opened Central Oxford Structural Molecular Imaging Centre (COSMIC), which allowed us to solve Cryo-Electron Microscopy structures of both injectisome and flagellar Export Gates. Buoyed by this success, we decided to work outwards from the Export Gate and tackle the structure which housed it, i.e. the MS-ring. Building on years of literature from many groups detailing the purification of MS-rings and intact flagella, we were able to produce enough of the Salmonella MS-ring protein, FliF, to put into the microscope and collect some beautiful images. It quickly became clear from 2D averages that the anticipated stoichiometry of 26 copies was not correct, and that we were looking at a larger assembly than predicted (Fig. 1). Using a combination of computational methods and crowd-sourced expertise (lab members counting blobs on a page) we determined the true stoichiometry of our initial MS-ring to be 33 copies of the FliF protein. However, the surprises didn’t end there. Despite producing a sub 3 Å map of the 33-fold symmetric top half of the MS-ring, the rest of the structure was a blur. A eureka moment came with the realisation that the structure contained rings of different symmetries, even though it is constructed from a single protein. This led to the discovery that the second major ring of the MS-ring only displayed 21-fold symmetry, containing 21 copies of a particular domain of the FliF. The remaining copies of that domain were found to be arranged in a different conformation, and yet another symmetry, around the outside of the 21-mer. And still the surprises hadn’t ended, as further analyses of a larger dataset revealed even more complexity. In addition to the dominant 33mer species, we were able to produce a similarly high resolution series of maps of a 34-mer species in which the secondary ring was 22-fold symmetric, as well as lower abundance 32-mer and 35-mer species.

Fig. 1. Representative 2D averages of the Flagellar MS-ring and equivalent views of the structure

What are the functional reasons for this structural complexity? We believe the answer to this lies in the location of the MS-ring at the centre of the flagellar basal body. Essentially the MS-ring functions as a minimum inventory/maximum diversity system, whereby a single building block with multiple sub-domains is able to assemble in such a way as to interface with the different functionalities of the flagellum (Fig. 2). Of course, like all interesting results, this structure poses as many new questions as answers. Key among these will be to address issues surrounding the rotor structures of different bacterial species. The C-rings of the rotor are known vary in size by up to 50% and yet the Export Gate complex in the centre of the MS-ring is of invariant size. Exactly how the FliF protein manages to square this circle remains to be seen. Watch this space! 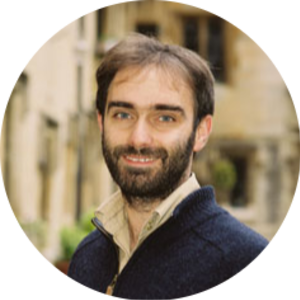