While antigen presentation requires proteasomal degradation, viral proteins tend to be stable and resistant to proteolysis. Broch Trentini et al. demonstrate that such proteins might be degraded by the ribosome-associated quality control pathway, which is blind to a protein's folding state.
Marcin Józef Suskiewicz
Postdoc, Dunn School of Pathology, University of Oxford
Follow
Like Be the first to like this
0

Mammalian cells present a fingerprint of their proteome to the adaptive immune system through the display of endogenous peptides on MHC-I complexes...

How does our adaptive immune system distinguish virally-infected cells? One mechanism depends on the major histocompatibility complex class I (MHC-I) molecules, which are found on the outside of most cells, where they constantly present small samples of proteins from within the cell. If a fragment of a viral protein is displayed, it can be detected by adaptive immune cells called CD8+ T cells, leading to an immune response.

The samples of the intracellular proteome presented by the MHC-I -- short peptides of around 10 amino acids -- are mostly derived from degradation by the ubiquitin proteasome system. However, viral proteins are often particularly stable and slowly turned over by the proteasome. How, then, are they efficiently presented on the MHC-I molecules? It has been known that MHC-Is preferentially displays samples of actively synthesised proteins, but how are these targeted for degradation independently of their stability?

In a recent paper (PNAS, 2020), Débora Broch Trentini and her colleagues from the Ulrich Hartl and collaborating groups present cell biology and proteomics data that suggest that this process depends on the ribosome-associated quality control or RQC pathway. By comparing immunopeptidomes of RQC-proficient and -deficient cells, the study also gives insights into which proteins are preferential substrates of this process.

What is the RQC and why is this particular pathway well-suited for providing peptides, including of viral proteins upon infection, for antigen presentation? As the name suggests, the RQC is closely associated with protein synthesis at the ribosome. If translation stalls -- which happens from time to time, and more often for mRNAs that are defective or display particular features -- the RQC ensures degradation of both the mRNA and the nascent protein. The evolutionary rationale behind the latter process is that an incomplete protein is likely to have detrimental effects (e.g. due to the lack of appropriate localisation signals or regulatory domains), even if it is stably folded and thus able to evade other quality control pathways. Indeed, the RQC has an important quality control role that accounts for its having evolved prior to the adaptive immune response in the history of life. But its secondary role in higher organisms -- as evidenced to by this paper -- is to provide MHC-I molecules with samples of actively synthesised proteins (as long as their translation stalls occasionally) independent of their foldedness and stability.

The key aspect, then, is the ability of the RQC to target for degradation proteins independently of their folding status. If we remember that viral proteins tend to be particularly stable, it makes sense that their presentation depends largely on the RQC. The authors demonstrated that the RQC is "blind" to a protein's stability by clever use of model substrates comprising domains that are destabilised in an apo form but stabilised upon addition of a small-molecule ligand, thus allowing a direct comparison of a folded and unfolded protein substrate in cells. Moreover, two different types of constructs were used: NON-STOP constructs, which, due to a missing STOP codon in the mRNA, are preferential targets of the RQC; and more conventional STOP constructs, which had a proper STOP codon at the end of a reading frame and thus a low frequency of stalling. While the NON-STOP constructs, which were processed by the RQC, were presented by the MHC-I molecules with similar efficiency independently of the folding status (i.e. the presence or absence of the stabilising ligand), that wasn't true for the STOP constructs the products of which were mainly degraded by other, folding-dependent quality control pathways.

In the case of viral proteins, what would ensure their targeting for the RQC, other then an occasional defective mRNA and the sheer magnitude of viral translation that happens in an infected cell? The authors notice, through their immunoproteome analyses, that multi-pass transmembrane proteins are enriched among RQC substrates. There are some of these in common viral pathogens.

All in all -- this is a very elegant set of experiments that will be interesting to any proteasome and antigen presentation enthusiast and also can now be translated into more clinically-oriented ideas. 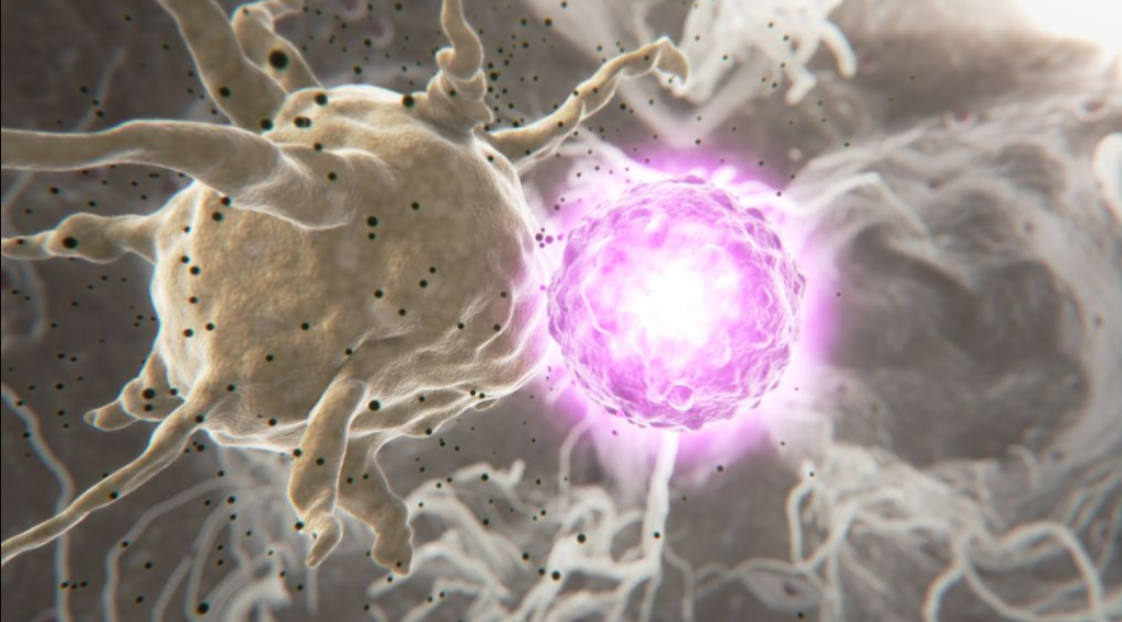 While antigen presentation requires proteasomal degradation, viral proteins tend to be stable and resistant to proteolysis. Broch Trentini et al. demonstrate that such proteins might be degraded by the ribosome-associated quality control pathway, which is blind to a protein's folding state.