Bacterial Rhs proteins with toxic domains are often secreted by type VI secretion systems. Here, the authors show that one of these proteins self-cleaves into three fragments, with the Rhs core and the N-terminal domain facilitating secretion and function of the C-terminal toxic domain.

The project dates back to early 2015 when we were discovering the T6SS chaperones and their related effectors. My assistant Xiaoye came to me and showed a western blot with frustration. There wasn’t any band with the correct size but rather a strong signal at a much smaller molecular weight. The protein we were testing is a predicted T6SS effector TseI with 1545 amino acids. Cloning it was already a big hassle, and you would understand why by just taking a look at the sequence of the reverse primer we finally used to get the cloning to work "aagcatgctttttttattttcccttttctgaagccaatttttatttcaggaaaatgccctggatactgcttgta".

As an assistant professor at the time, I decided to give it a shot myself. The experiment was repeated, clones re-sequenced, and the phenotype was reproducible. So we realized the protein might be cleaved, but how?

Bioinformatics analysis gave us the first hint. Structural prediction using Phyre2 suggested TseI is homologous to the TcC subunit of the Tc-toxin. In 2013, a Nature study by Busby et al. (2013) showed that TcC is subject to auto-proteolysis by an internal aspartic protease.  This internal protease sequence, especially the conserved catalytic residues, aligns well with a C-terminal fragment of TseI. Accordingly, mutating the conserved residues abolished the C-terminal cleavage of TseI.

However, purified TseI has an additional protein band on an SDS-PAGE gel showing three cleavage products, N, Rhs core, and C. We then identified the cleavage sites using N-terminal sequencing and confirmed by mass spectrometry analysis. The N-terminal cleavage can be blocked by mutating either of the two conserved glutamic acid residues after the N-cleavage site. The rest of the findings are explained in detail in the paper.

We emphasized the discovery is of broad interest partly because TseI belongs to this very large and conserved Rhs family with members found in both eukaryotic and prokaryotic domains. When we tested several TseI homologs in other bacteria, they were cleaved as well.

What I didn't reveal in the paper is that my original interest in this protein was not just because of Rhs.  I have been interested in using the T6SS as a tool to deliver a variety of cargo proteins including the CRISPR Cas9 and wanted to know what the size limit of the cargo is. TseI at the time was the biggest effector in size. Although TseI is cleaved into three parts, we show that the non-cleaved mutant TseI is also secreted by the T6SS. Thus, T6SS in Aeromonas dhakensis is capable of secreting a cargo at least the size of TseI. I doubt 1,593 amino acid (TseI-3V5) is the limit, and given the rapid progress of the field, a new record is expected to be set by the community in no time.  As the synthetic biology field is booming, the T6SS might work as conveniently as a pickup truck to deliver all kind of cargos in the near future.

Stephen Mensah
about 2 years ago 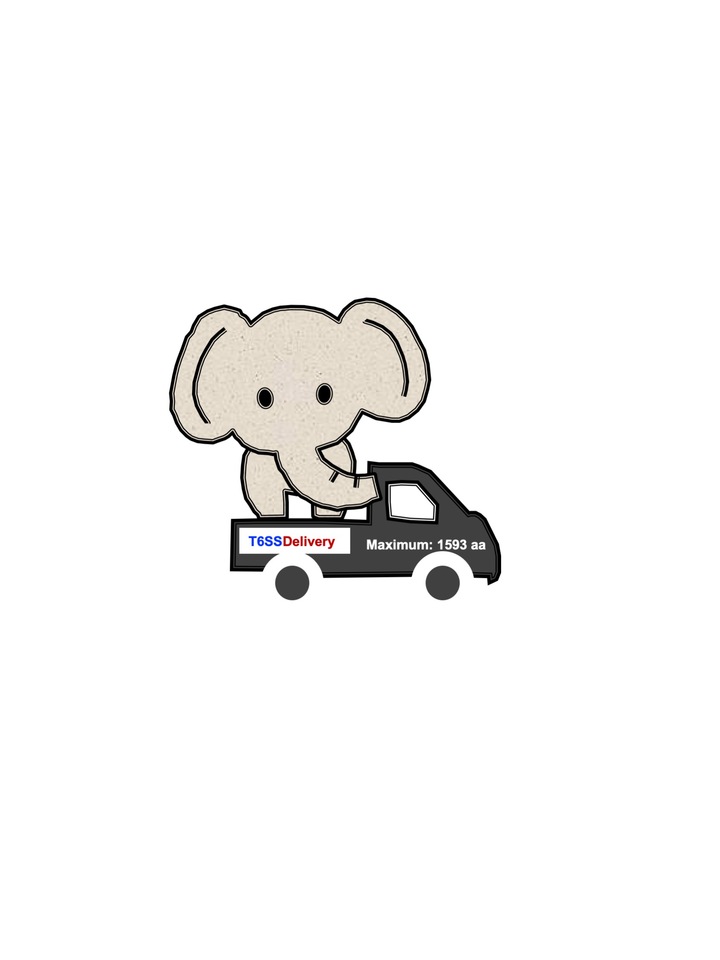