From a duo to a quartet: viral and bacterial symbionts influence fungal biology

In recent years, the concept of the holobiont has drastically changed our thinking in biology. Extensive microbiome studies reveal that all living plants and animals harbor diverse and complex microbial communities within their internal and external tissues, and organs. However, our awareness of these associations in the fungal kingdom is still low.

I was initially trained as a (bio)chemical engineer and started my scientific career investigating toxins and their biosynthesis in Rhizopus microsporus in the group of Christian Hertweck in Jena, Germany. I still remember the thrill I felt when I observed bacterial cells moving within the cytosol of R. microsporus. The excitment grew when I succeeded in culturing these tiny symbionts in the lab and verified that they were the real producers of rhizoxin, the potent ‘mycotoxin’ with antimitotic activity!

At this time, in 2005, only few examples of bacterial endosymbionts of fungi were known. These symbionts were often described as bacteria-like-objects (BLOs) as their identities and functions remained obscure.

The possibility of culturing and genetically transforming the bacterial symbionts together with the capacity of generating bacteria-free strains in Rhizopus has made of this partnership a model to explore fungal-bacterial symbioses.

The bacterial symbionts form the novel genus Mycetohabitans within Burkholderia sensu lato. They do not only produce the toxins used by Rhizopus, but also control its vegetative reproduction and influence its sexual reproductive success. Further, they are vertically inherited in both sporangiospores and zygospores.

All these functions of the bacterial symbionts in the fungus increased my curiosity in symbiosis as a driver of evolution. In 2010 I started my own lab, the Microbial Interactions Lab at CINVESTAV in Irapuato, Mexico, to study plant microbiomes and endosymbioses. Thanks to the funding by CONACyT in 2015, and the collaboration with Teresa E. Pawlowska from Cornell University, which I casually met in a Jaques-Monod conference by the end of 2013, I could resumed research on Rhizopus.

We started comparing the genetic expression of R. microsporus with and without its bacterial symbionts. To our great surprise, one of the sequenced strains did have a massive amount of transcripts of viral origin!

In this work (https://doi.org/10.1038/s41396...), we demonstrate that Rhizopus microsporus can live in symbiosis with bacteria and with two narnaviruses. Members of the genus Narnavirus belong to the smallest RNA viruses known. They only code for a single protein: an RNA dependent RNA polymerase (RdRp). Guided by our experience with symbiotic bacteria, we first studied how viral titers change along with fungal development, substrate, and presence/absence of Mycetohabitans. Later, we asked if these viruses, like bacteria, could be vertically inherited, and we found that this is the case.

Last and most importantly, we were capable of eliminating these two narnaviruses in Rhizopus. The process of curing viruses in this fungus has been much more complicated and tedious than the clearance of bacteria. Additionally, to discard the non-target effects of antivirals, we used two chemicals -ribavirin and cycloheximide- to get several narnaviruses-free strains in the same fungal genetic background. In this manner, we ensured that the observed phenotypes were due to the lack of narnaviruses and not to the antiviral treatments. These experiments allowed us to conclude that narnaviruses reduce the amount of asexual sporagiospores, but together with symbiotic Mycetohabitans, are required for a successful sex life!

The fungal-bacterial-viral interdependence, represented by the holobiont Rhizopus microsporus, underlines that symbiosis is a major evolutionary force.

The full article is also now available in: https://rdcu.be/b3tjj 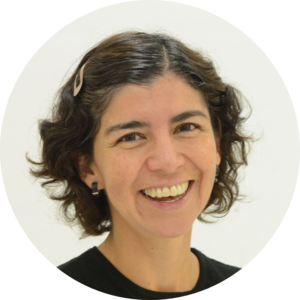 Subbaiah Chalivendra
over 1 year ago

Great work and attention to the detail.