In the late 19th century,  observations of William Russell pointed to the presence of microbes within human tumors1. Fast forward to today, when next-generation sequencing technologies have revolutionized our view of the microbes that occupy the human body, the evidence supporting the findings of these early pioneers has been mounting. Tumors can in fact be littered with bacteria and other microorganisms, perhaps due to the presence of hypoxic regions, necrotic cells, and dysregulated immune function. The question is no longer if microbes are present in tumors, but what effect do they have on tumor progression.

In the case of colorectal cancer, the most commonly identified intra-tumor bacterium is Fusobacterium nucleatum, an organism that is primarily implicated in oral biofilms2. Fascinating reports detail mechanistic information on how these bacteria may promote cancer cell growth, inhibit immune defense against the tumor, and alter the efficacy of chemotherapeutic agents3–6. Despite these advances, there is a lack of in vitro infection models representative of the tumor microenvironment for which to study these oxygen-sensitive bacteria. Due to the anaerobic nature of Fusobacteria, and many other species that have been identified in solid tumors, infection of standard two-dimensional aerobic cell culture is not suitable for preserving bacterial viability or promoting bacterial growth. Therefore, these techniques may yield blind spots as to the effects of these bacteria as they adapt to, and thrive in, the tumor microenvironment.

Three-dimensional tumor spheroids have been known in the field of cancer research for decades. More recently, appreciation for the physiological relevance of these systems, and technology to improve robustness and through-put, has increased dramatically. In the case of 3D tumor spheroids, these structures create gradients of oxygen, metabolites, and other nutrients7. There is also heterogeneity in cell proliferation and cell death states, with necrotic cells dwelling in the center. We were curious to investigate if these attributes that resemble solid tumors can provide a niche for Fusobacteria. Using ultra-low attachment “spheroid” microplates that form a single spheroid in each well, we experimented with various spheroid sizes by seeding different numbers of cells.  To our surprise, we found that once spheroids reached a minimum size, they could consistently sustain viable F. nucleatum.

Once we had developed conditions for this viable bacteria-spheroid co-culture (BSCC), we characterized the F. nucleatum growth rate within the system. We also characterized the system by 1) imaging morphological changes with confocal microscopy, 2) uncovering host gene expression responses to viable F. nucleatum using a high-throughput RT-qPCR platform, and 3) quantifying dozens of metabolites with high-resolution mass spectrometry. Lastly, we tested diverse strains of Fusobacteria isolates to confirm that this co-culture is not just limited to a couple lab strains.

Perhaps most importantly, we hope that this model can further assist the growing field of research in intra-tumoral bacteria. We envision that the BSCC model can be leveraged for additional species identified in cancers, beyond Fusobacteria, as well as more complex communities of bacteria. We are especially interested in the potential to incorporate additional cell types, including stromal, vascular, and immune cells, to further recapitulate and investigate the tumor microenvironment and its intra-tumoral microbiota.

You can read more about this work here. 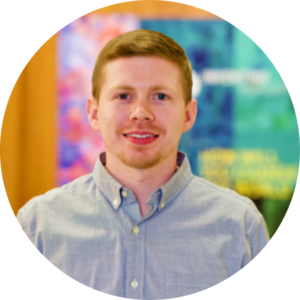