While the world has seen the rise and fall of many pandemic diseases, one almost constant global health threat has been the diarrheal disease cholera. Since 1817, there have been seven recorded cholera pandemics. Today, cholera is endemic to at least 50 countries in Africa and Asia, and major outbreaks have followed large-scale natural disasters and developed in areas of civil unrest and conflict, resulting in an estimated 1 - 4 million cases and upwards of 143,000 deaths each year.

Cholera is caused by the bacterium Vibrio cholerae, a natural inhabitant of brackish warm water environments. Infection occurs upon ingestion of contaminated food or water, and results in the development of rapid and severe watery diarrhea (see below, created with Biorender.com). While cholera has remained largely endemic to warm tropical regions to date, rising global ocean temperatures threaten to proliferate the range of habitable environments and increase the number of countries that experience endemic disease.

Environmental survival of V. cholerae is aided by the ability to form large multi-cellular bacterial communities, known as biofilms (see below). Biofilm formation provides protection to V. cholerae that not only enhances its ability to survive in the environment, but has also been observed to result in exacerbated cholera disease in the host.

Our lab investigates the underlying mechanisms V. cholerae uses to form biofilms, in an effort to identify new targets to reduce biofilm-associated environmental survival and/or heightened disease outcomes in the host.

The first step in biofilm formation (see above) is the attachment of a bacterium to a surface. Current pandemic strains of V. cholerae rely largely on a surface appendage, known as the type IV mannose-sensitive hemagglutinin (MSHA) pilus, for attachment to surfaces. The type IV pilus serves as a bacterial “grappling hook”; with the ability to catapult (extend) from the cell surface, attach to a target, and then retract backwards within the cell. Many labs have described the importance of the MSHA pilus for V. cholerae biofilm formation, however the dynamics of extension/retraction and their role in surface attachment remained to be understood.

To address MSHA pilus dynamics in surface colonization, we established a collaborative team through which we were able to; directly visualize the MSHA pilus and its extension/retraction dynamics in real-time using fluorescent microscopy, observe for the first time that MSHA are highly dynamic retractable structures, confirm the lateral distribution of MSHA with 3D cryo-ET, validate MSHA retraction using a MSHA-specific bacteriophage, determine the force and rate of retraction via micropillars assay, compare MSHA dynamics across different V. cholerae strains, observe intracellular c-di-GMP levels in single cells, and determine the impact of MSHA dynamics on near-surface motility patterns.

Along with elucidating MSHA pilus dynamics, our collaborative efforts were also focused on understanding the role of intracellular signals on modulating MSHA production. In V. cholerae, and many other bacteria, biofilm formation is regulated by the small molecule secondary messenger cyclic diguanylate monophosphate (c-di-GMP). Recently, our lab demonstrated that the ATPase responsible for MSHA pilus extension (MshE) is a high-affinity c-di-GMP receptor. Therefore, we set out to determine the impact of c-di-GMP on MSHA extension and retraction dynamics.

We found that high intracellular levels of c-di-GMP result in MSHA extension, while low levels lead to increased retraction. By monitoring individual cells as they attach to a surface using MSHA pili, we observed that intracellular c-di-GMP levels rise almost immediately upon attachment. This increase in c-di-GMP upon attachment promotes MshE-mediated MSHA extension to anchor the cell to the surface. We further found that if we limit the ability of cells to produce c-di-GMP upon attachment, cells experience heightened levels of MSHA retraction, which results in increased detachment from the surface. This increase in detachment correlates with a dramatic reduction in biofilm formation.

Together, our data demonstrate that proper coordination of MSHA extension and retraction is essential for maintaining surface attachment to allow for biofilm formation. We have developed a model for how c-di-GMP regulates the functional state of MshE, to control both MSHA extension and retraction. Further work is required to determine the full mechanism by which c-di-GMP controls MshE activity, however we are now one step closer to understanding how c-di-GMP controls initial surface attachment of V. cholerae, which could serve as a potential target for the development of anti-biofilm strategies.

To see the full story, complete with videos demonstrating MSHA dynamics, check out our publication in Nature Communications: https://www.nature.com/article... 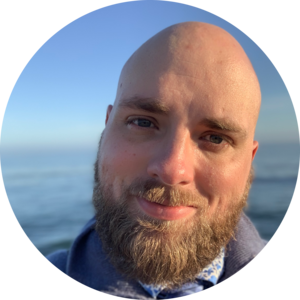 I am a postdoc in the lab of Dr. Fitnat Yildiz, at the University of California Santa Cruz. My research focuses on understanding the regulation of surface attachment in the pathogen Vibrio cholerae, mediated by the type IV mannose-sensitive hemagglutinin (MSHA) pilus.
Follow