Many disease-causing bacteria secrete pore-forming toxins that target the plasma membrane of host cells. We uncovered a counter defence response by the host involving the release of extracellular vesicles, defensosomes, downstream of innate immune activation of autophagy proteins.

Innate immune mechanisms exist that counteract just about anything that disease-causing microbes throw at us. However, it is unclear whether our cells have a way to avoid destruction caused by pore-forming toxins, such as the toxin commonly known as a-toxin, which is produced by S. aureus (MRSA).

We were interested in identifying cell biological processes that provide protection against MRSA infection in healthy individuals, and whether such processes break down in patients experiencing a life-threatening infection that results in diseases such as pneumonia and sepsis. As a pathway that generally protects cells from stress by removing unwanted material, autophagy has been implicated in immunity towards a broad range of microbes. Consistent with this cytoprotective role, we previously showed that mice deficient in the autophagy protein ATG16L1 are highly susceptible to lung and blood infection by MRSA in a manner dependent on α-toxin.

In this follow up study, we (@CadwellLab and @TorresVJ_Lab) investigated how ATG16L1 regulates ADAM10, the surface protein on host cells that is recognized by α-toxin. Although autophagy typically involves the targeting of cytosolic material to the lysosome for degradation, we found that ATG16L1 and other autophagy proteins mediated the release of ADAM10 on extracellular vesicles of endosomal origin termed exosomes. ADAM10-bearing exosomes were induced in a manner dependent on autophagy proteins by the presence of bacterial nucleic acid following recognition by the innate immune receptor TLR9.

Why would activation of an innate immune sensing molecule, TLR9, mediate the production of exosomes?

We hypothesized that cells may be releasing exosomes that serve as decoys for toxins, much like flares released by fighter jets that prevent heat-seeking missiles from finding their target. Consistent with this possibility, we showed that ADAM10 on exosomes can bind α-toxin to prevent it from targeting and killing human cells in a petri dish. Additionally, transferring exosomes improved the survival of mice infected with MRSA, and also restored immunity in Atg16L1 mutant mice.

Composite electron micrograph showing a cell (green) releasing defensosomes (gold) in the presence of MRSA (blue). Defensosomes soak up α-toxin (purple) secreted by MRSA to prevent them from lysing the target cell. Photo courtesy of Kristen Dancel-Manning and Krystal Ching.

Proteomics analysis indicated that exosomes harbour many other cell surface molecules that have been implicated in host-microbe interactions. Indeed, we found that exosomes protected against another MRSA toxin that kills leukocytes, LukED, and diphtheria toxin from Corynebacterium diphtheriae. These findings suggest that autophagy protein-mediated release of exosomes, or ‘defensosomes’, is a general mechanism to provide protection against membrane acting toxins.

An exciting future direction would be to determine the extent to which defensosomes generated in such a manner may protect against various forms of membrane attack by infectious agents. Also, extracellular vesicles are suspected to play a role in many other biological processes ranging from cancer metastasis to antiviral immunity. Thus, it will be important to understand how ATG16L1 and other autophagy proteins mediate exosome biogenesis, and how this process differs from canonical autophagy. It is possible that differences in the ability to deploy defensosomes explain why some individuals are resistant to pathogens such as MRSA. 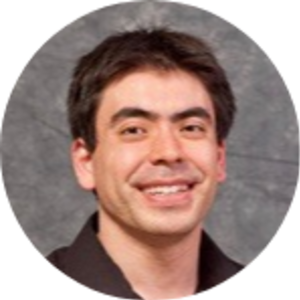