Gut microbiome and resistome of humans and great apes

David Morgan and Crickette Sanz have worked for several years at a long-term study site in the Goualougo Triangle region of Nouabalé-Ndoki National Park in the Republic of the Congo. They are working to preserve the pristine forests and understand the chimpanzee and gorilla populations that reside in the park. Now, this place is remote. It takes several days of hiking through thick jungle to get to some areas of the park. When they approached Gautam Dantas and I about collaborating on a gut microbiome project, we were excited to work with them. Was I hoping to be able to get in some sweet hiking and maybe some face time with our primate cousins? Maybe. Was I also a little relieved that I wasn’t going to be trusted with this part of the process? Definitely.

Sample collection consisted of tracking habituated chimpanzees and gorillas in the forest, finding their nesting sites, and collecting their samples. Just so we’re clear, when I say “samples,” I’m referring to all-natural feces. We also included samples from humans living near the national park, including some people that work within the park boundaries and have close contact with the wild apes. Thankfully, collecting those samples required less hiking.

After these samples had been collected, we realized that this would make a good comparison of the gut microbiomes between sympatric humans, chimpanzees, and gorillas. We also realized that at the time, no studies had been done comparing the microbiomes of captive and wild great apes, and none had been done on the resistome of wild or captive great apes. With our brains buzzing at the possibilities, we reached out to the local St. Louis Zoo and the Lincoln Park Zoo in Chicago. As an added bonus, they collected the samples and sent them to us.

Now that we had our samples in hand, we were ready to start our analyses. We initially were planning on doing only shotgun metagenomics for our taxonomic, pathway, and resistome analyses. However, we quickly learned that when it came to microbial taxonomies, the shotgun metagenomic databases were well annotated for human microbiomes but left much to be desired when it came to ape microbiomes. Thankfully, we could turn to the more robust 16S metagenomics to help with the taxonomic identification of our samples. I’ll let you read the paper to see how host species, lifestyle, and geography contributed to gut microbiome and resistome composition.

We wanted to employ functional metagenomics to probe for new antibiotic resistance genes. The problem with metagenomics studies is that they rely on databases of previously identified genes and don’t allow for the identification of novel functions. For our functional analysis we created short DNA libraries of metagenomic DNA that we transformed into E. coli. We then grew the bacteria under different antibiotic selections and sequenced the inserts of the bacteria that survived. From these selections we identified 332 novel antibiotic resistance genes. One of these genes that we identified conferred resistance to colistin, an antibiotic of last resort. I was more excited to discover this than I probably should have been, given that it is genuinely bad for humanity. Thankfully, it appears that this gene is present in a nonpathogenic bacteria, which gives us time to characterize it and possibly find inhibitors before it is passed on to a pathogen and shows up in the clinic. 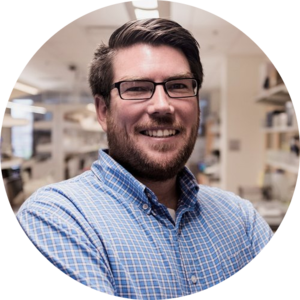