More than just a NAP

Signaling by the second messenger c-di-GMP in bacteria has been studied for over 30 years but its many functions keep surprising us. Especially c-di-GMP effectors are very diverse, allowing this second messenger to affect a large number of cellular processes.

At this point, we did not have any information about the proteins’ structure and function. Luckily, we had great collaboration partners. We teamed up with the research group of Dr. Andrew Lovering at Birmingham University, who solved the crystal structure of CdbA and showed that it belongs to the ribbon-helix-helix family of proteins, which bind DNA and are usually involved in transcriptional regulation. Surprisingly, further experiments demonstrated that CdbA is very different. Unlike other RHH proteins, CdbA binds to many sites on the chromosome with a low specificity and rather than regulating transcription, it contributes to nucleoid organization.  Because we could not crystallize CdbA complexed with c-di-GMP we teamed up with the research group of Dr. Gert Bange. Using HDX-MS, they identified regions in CdbA, which responded to the addition of c-di-GMP suggesting their role in c-di-GMP binding. To our surprise, those interfaces perfectly overlapped with the regions involved in DNA binding and indeed, we could show in vitro that c-di-GMP and DNA binding are mutually exclusive.

Figure a. CdbA dimer interacting with DNA with the two interfaces identified by HDX to be involved in c-di-GMP binding colored in red and green. b. Images of representative cells showing a DAPI staining of the nucleoid and ParB-YFP localization as a marker of origin of replication of CdbA depletion strain in comparison with wild-type strain and wild-type strain blocked in cell division with cephalexin. Scale bar, 10 µm.

This motivated us even more to investigate the function of our two new receptors in M. xanthus cells and I continued with in vivo experiments. While inactivation of CdbB did not affect any of the cellular processes that we tested, we found out (after many many trials to inactivate cdbA) that CdbA is essential for survival. Depleting CdbA from the cells caused severe defects in chromosome organization and segregation causing a defect in cell division that ultimately resulted in cell filamentation and eventually lysis. CdbA has many features common with so-called NAPs (nucleoid-associated proteins) but while NAPs are usually regulated by abundance, we propose that CdbA is an unusual, ligand-regulated NAP meaning that its DNA binding activity is regulated by c-di-GMP.

Strikingly, how CdbA is regulated by c-di-GMP in vivo remains a mystery, as a M. xanthus strain with artificially increased c-di-GMP level does not show any obvious defects in chromosome organization and segregation. On top of that, from our previous studies, we know that c-di-GMP level increases significantly during development with fruiting body formation2, suggesting that maybe CdbA is involved in regulating multicellular development. We will keep you posted as soon as we know more. 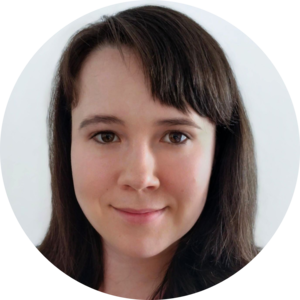