Over the past 60 years ocean drilling has enabled major insights into the subseafloor. Biological investigations have mostly examined sediments, capturing our imagination by extending our view of Earth’s habitable biosphere.

Why should this be surprising?

Microbes have existed on Earth for billions of years. Why would there not be some today whose DNA still codes for capabilities to remain in, or adapt to subsurface habitats? One thing we have certainly learned is that wherever there are sources of useable carbon, energy, and water within temperature limits , there is almost certainly going to be a microbe that can capitalize on that.

But, sources of carbon and energy in the rocky lower ocean crust must be limited, so are microbes there all ‘zombies’? We wondered this, of course. My curiosity was piqued by Mason et al. (2010, PLoS ONE) who reported DNA evidence of life in lower ocean crust below Atlantis Massif.  If active cells were present, we figured they’d be found primarily within zones where cracks in the rock allow fluids to flow that could deliver precious nutrients to supplement possible in situ sources of carbon and energy.

IODP Expedition 360 provided an opportunity to acquire an extensive collection of gabbroic samples from the lower ocean crust for a multidisciplinary team to analyze for signs of life. As one of two shipboard microbiologists among mostly geologists and geochemists I learned how much a geologist is dismayed when one disappears with a portion of rock core sequence that contains features of interest to everyone, to be smashed up for study! But our great colleagues remained supportive.

Multidisciplinary investigations are challenging but rewarding. I love the cartoon analogy of a bunch of scientists looking at an elephant with magnifying lenses (analogous to methodological approaches), yet none of them realizes it is an elephant. Although constrained by limited sample volumes, we were able to apply a broad set of analyses (lenses), including the first of messenger RNA from lower ocean crust to tell a broader story.

Why is this an important strategy for challenging deep biosphere samples?

Previous studies revealed low-biomass deep biosphere communities with very slow metabolisms, and the importance of being careful about contamination. Simply, the more independent analyses you can combine, the more confidence you will gain (or not) in your conclusions. Using this approach we provide evidence that some fraction of the low-biomass and low-diversity in situ community is metabolically active, and that activity is most strongly correlated with regions where fractures and veins occur in the rock, where seawater from above or fluids from below could circulate, delivering sources of carbon and energy. Messenger RNA shows transcription of genes reflecting heterotrophy and chemoautotrophy, carbon storage, and efficient recycling of pools of organic molecules, the latter being strategies likely essential for survival in this challenging, nutrient limited realm. 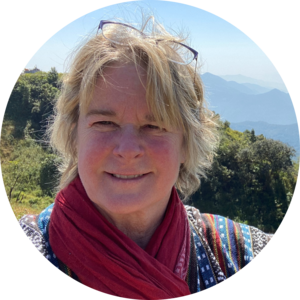