Tol and its moving Pal

The lipoprotein Pal participates in the coordination of outer-membrane constriction with septation in Gram-negative bacteria. Here, the authors show that this coordination is mediated by active mobilisation-and-capture of Pal at division septa by the Tol system.

“The paper is almost ready; we just need to do this one last experiment” were Colin’s words to tempt me into the project as I started my first post-doc in 2017. The project grew to be my main research focus as I befriended new Pals here in Oxford.

The Tol system in Gram-negative bacteria consists of the TolQRA complex in the inner membrane, TolB in the periplasm and Pal in the outer membrane. Its role has been a mystery for decades. tol mutations render cells tolerant of bacterial toxins and viruses, increases sensitivity to antibiotics and causes outer membrane shedding, so a role in membrane stabilisation seemed likely.  Work from Piet de Boer’s lab (2007) showed that the system is recruited to sites within cells where division is initiated. In a 2010 review, Colin noted certain similarities between the modes of action of the Ton and Tol systems (Nat Rev Microbiol). He suggested that the signalling mechanisms at the heart of the two systems might be similar. Ton is a proton-motive force (PMF-) linked inner membrane complex that uses cellular energy to unplug nutrient transporters in the outer membrane. Tol uses a similar set of inner membrane proteins to couple to the PMF but for what purpose was unknown (figure 1).

Our story began with the structure of the TolA-TolB complex; determined by Peter Holmes in collaboration with Karthik Rajasekar and Christina Redfield. The structure highlighted similarities to complexes of TonB bound to TonB-dependent transporters and implied that TolB was being ‘pulled’ by TolA in the inner membrane, which was supported with molecular dynamics simulations carried out by Firdaus Samsudin and Syma Khalid in Southampton. At this point our hypothesis was that TolA tugs on TolB to release Pal, which it binds very tightly, in order for Pal to bind the cell wall; Pal is short for peptidoglycan associated lipoprotein. We next needed to establish how the mobility of Pal was influenced by the Tol system within cells.

Our story has been reliant on many strains constructed by Renata Kaminska. This in turn helped Patrick Inns do single particle tracking of Pal molecules within cells which showed that its low mobility is due to binding of the cell wall. At the same time, I was developing fluorescence recovery after photobleaching (FRAP-) based methods to look at Pal’s diffusion over longer timescales. These experiments showed that notwithstanding Pal’s very, very slow mobility it still accumulates at division sites and this is a function of the whole Tol system. The final piece of the puzzle came from Sean Murray in Marburg who devised a clever mathematical method with which to analyse our FRAP data. Cumulatively, our work shows that the inner membrane TolQRA complex is recruited to cell division sites (the divisome) where it regulates Pal binding to the cell wall by actively removing TolB. Localization of TolQRA to the divisome confines the active dissociation of TolB-Pal complexes while simultaneously accelerating their mobility elsewhere. The result is that Pal accumulates at the division site where it constricts the outer membrane of newly formed daughter cells.

After all this time, it turns out that the role of the Tol system in bacteria is to exploit cellular energy in order to make immovable Pal movable. 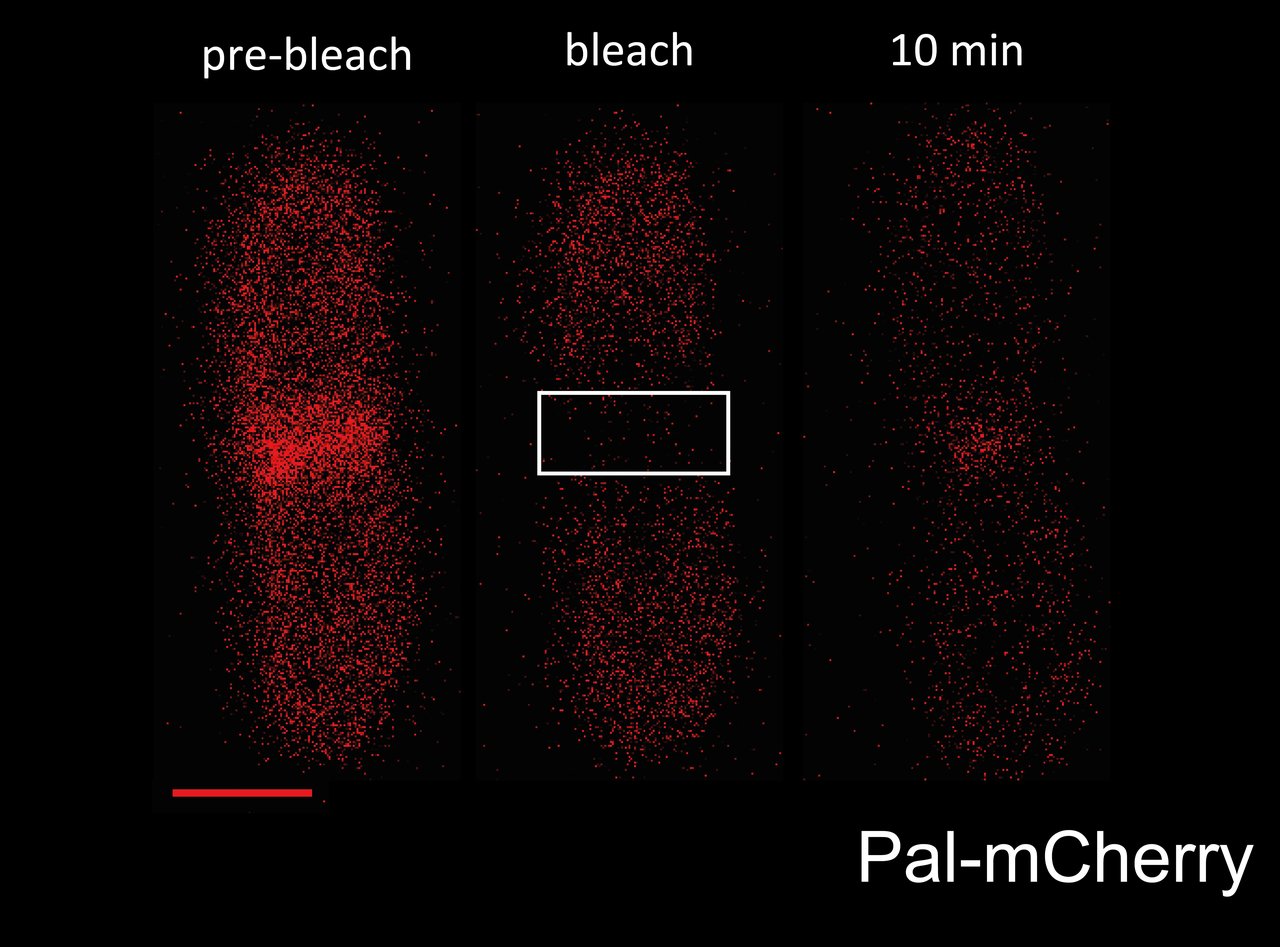 Tol and its moving Pal