The story behind the paper: “The CRISPR-Cas systems were selectively inactivated during evolution of Bacillus cereus group for adaptation to diverse environments”

Clustered regularly interspaced short palindromic repeats (CRISPR) and its associated proteins (Cas) systems function as a foreign nucleic acid defense pathway in prokaryotes. The effect of CRISPR-Cas systems on the horizontal gene transfer (HGT) have been widely investigated at strain level showing that such systems are considered as barriers to HGT that prevent host to acquire new mobile genetic elements (MGEs). However, the influence of such systems on HGT within species is unclear. Also, little is known about the impact of CRISPR-Cas systems on bacterial evolution at the population level.

Members of the Bacillus cereus group are ubiquitous and highly versatile bacteria. It has been proposed that they have evolved in ecotypes since they differ mainly in their plasmid DNA content, which are important MGE. The B. cereus group is an excellent choice to investigate the interplay between CRISPR-Cas systems and HGT at the population scale, due to the diverse niches they occupy and also because many genome sequences that are available. In addition, B. cereus bacteria are genetically close and can be regarded as a global population as they are spore-formers that can be easily distributed.

We analyzed the genomes of 1,871 sequenced strains in B. cereus sensu lato and found most strains do not harbor or show defective CRISPR-Cas systems, mainly showing deletion of Cas1-Cas2 cascade, which is responsible for acquisition of new spacers from foreign nucleic acid. These data indicate that a selectively inactivation of CRISPR-Cas systems occurred in most strains of this bacterial group during evolution (Fig. 1).

To understand the ecological significance of this evolution, we conducted a comparative genomic analysis and revealed that the CRISPR-Cas systems are barriers to HGT within this group, since we observe that strains harboring active systems have limited environmental distribution, fewer MGEs, and have lower allelic diversity compared to the strains with defective or without any CRISPR-Cas systems. We proposed that B. cereus group evolved by inactivation of CRISPR-Cas systems to facilitate acquisition of beneficial MGEs for better adaptation to diverse environments and hosts (Fig. 2).

Fig 2. The effects of CRISPR-Cas systems inactivation on HGT and bacteria adaptability. Bacteria with intact CRISPR-Cas systems (upper) harbor immunity against foreign nucleic acids from phages and plasmids, becoming barriers to HGT, resulting in reduced adaptability to host (nematodes) as well to multiple physical and chemical environments, such as acid, alkaline or salty conditions. While, the CRISPR-Cas systems were selectively inactivated during evolution in most of B. cereus group strains (lower) for optimizing its HGT ability and adaptation to diverse environments. 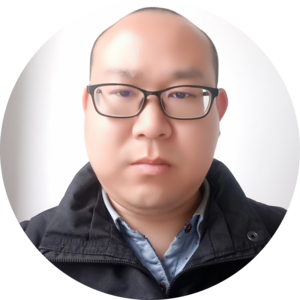