Shall I compare thee to another strain?

Gram-negative bacteria deliver effectors via the type VI secretion system (T6SS) to outcompete their rivals. Here, Fridman et al. present an approach to identify T6SS effectors encoded in bacterial genomes without prior knowledge of their domain content or genetic neighbourhood, and identify a new f…

Ages of co-evolution and arms race gave rise to strategies that provide bacteria with enhanced fitness and competitive advantage over their rivals. These strategies include the utilization of complex protein machines, known as protein secretion systems, to deliver toxins into a neighboring cells and eliminate competition. One of the most remarkable systems is the type VI secretion system (T6SS), a multi-protein apparatus that is widespread among Gram-negative bacteria. T6SS mediates both antibacterial and anti-eukaryotic activities by delivering diverse repertoires of toxins, called effectors, directly into a target cell. When the T6SS is activated, it stabs neighboring cells with an arrow-like structure that is “poisoned” by toxic effectors decorating it. Most T6SSs studied to date, and therefore most of the effectors that have been described, mediate antibacterial activities.

Although several experimental and computational approaches have led to the discovery of many effector families, identification of new effectors remains one of the major bottlenecks in the T6SS field. We were looking for a way to reveal new effectors quickly, in large scale, and with no prior knowledge of domains or genetic neighborhoods of the effectors. Our approach to overcome this bottleneck was inspired by classical comparative genomics approaches. We reasoned that an effector belonging to a certain T6SS is likely to be found only in genomes that encode that system (termed T6SS+), but not in genomes lacking it (termed T6SS-). Following this premise, closely related homologs of a T6SS effector (which are likely to be effectors of the same T6SS) should be found only in genomes harboring the same closely related T6SS. Therefore, if a given protein has closely related homologs in T6SS- genomes, then it is probably not an effector of that T6SS.

The trick to making this comparative genomics approach to work was to focus on a bacterial species for which there are sufficient closely related T6SS+ and T6SS- genomes; in our case, the right species was Vibrio parahaemolyticus. While most V. parahaemolyticus proteins are common to all V. parahaemolyticus strains (encoded by the ‘core genome’), few are found only in T6SS+ genomes; it is logical to assume that many such proteins are T6SS effectors, or at least T6SS-related.

Usually, assessing whether a protein is indeed a T6SS effector requires generating several mutant strains. This is impractical when the number of potential hits is more than a few, not to mention testing numerous potential hits from hundreds of genomes. Therefore, a crucial step in developing our methodology was establishing a quick functional assay to screen the hits from the initial comparative genomics analysis. We had an idea! A T6SS in one strain could function as a surrogate system and deliver effectors encoded by a different strain, as long as the T6SSs in both strains are nearly identical. Using this surrogate T6SS approach, we were able to easily screen seven potential hits without making any new mutants. Therefore, this surrogate T6SS approach makes screening potential effectors a very easy, rapid, and straightforward task, even on a large scale.

The effector that we eventually found, after analyzing a single genome with our methodology, was quite surprising. It was not related to any other toxin ever reported, yet it was extremely widespread. In fact, it represented a large protein family of membrane-disrupting effectors, members of which are found in ~7% of all available genomes (~12,300 out of ~170,000) in the RefSeq database; it was even encoded in the ‘garden variety’ E. coli DH5α strain that we routinely use in our laboratories. This is the embodiment of a scientific fantasy - revealing the function of a widespread gene that for decades had remain a “gene of unknown function”.

We are excited to scale up our analysis to hundreds of other genomes. We can’t wait to see what other new effector families are hiding in bacterial genomes, and what other genetic mysteries will be solved using our methodology.

By Eran Bosis and Dor Salomon

Bactender, FIX me a killer cocktail! 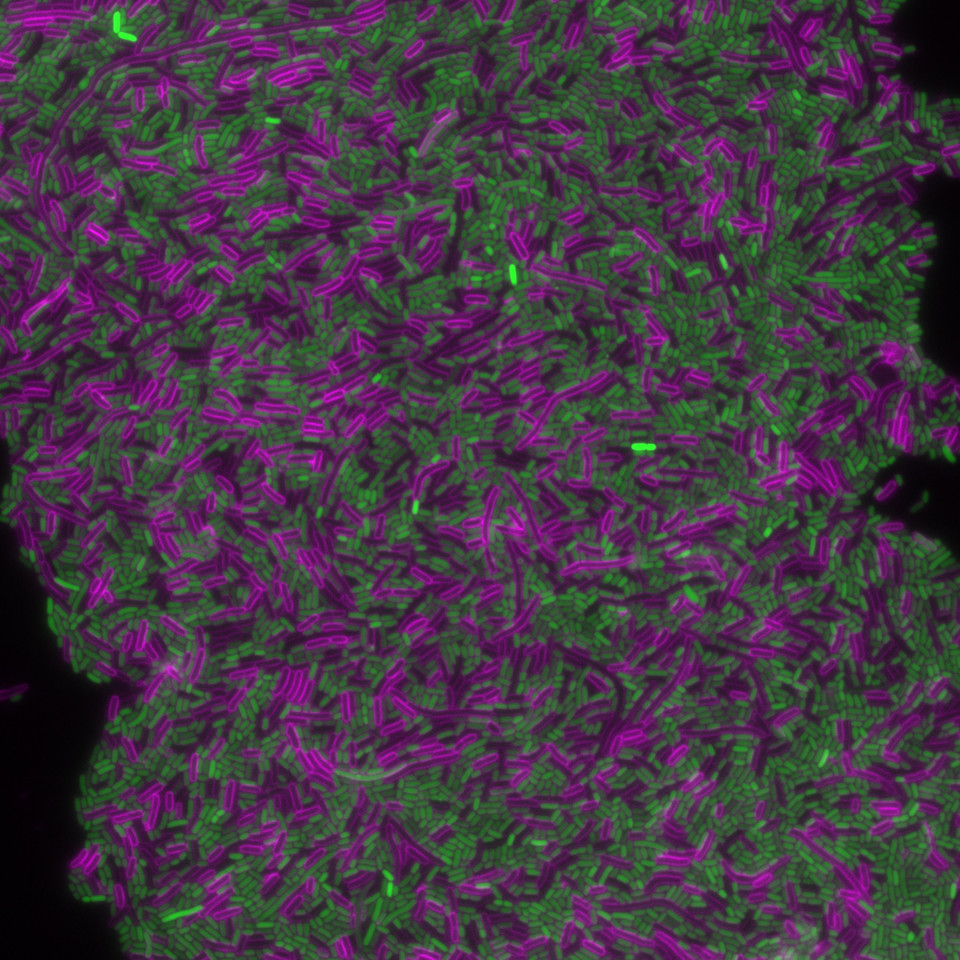 Shall I compare thee to another strain?