In our recent paper, we characterize how exposure to the swine farm environment leads to changes in the gut microbiome and resistome of healthy veterinary students.
jian sun
prof., south china agricultural university
Follow
Like Liked by Cesar Sanchez
0

Environments where antibiotics are used indiscriminately exhibit microbial communities that can represent hot-spots of resistance gene enrichment, which in turn could spread to humans. Here, the authors characterize how exposure to swine farms environment lead to temporal changes in the gut microbio…

Microbial taxa in the biosphere are numerous and their distribution is ubiquitous. Similarly, humans also harbor complex microbial communities; one such community is the gut microbiota. The human gastrointestinal tract is an open ecosystem; it frequently acquires bacteria from other environments (e.g., from food, water, soil, and other humans or animals). And vice versa, humans also release their own microbiota into the environment constantly. However, the magnitude and effect of these exchanges between the environment and the human gut microbiota are still not well understood.

To understand the community dynamics between the healthy human gut and a novel environment, we examined gut microbiome changes in 14 healthy students during 3-month internships on swine farms. We used an integrated method combining 16sRNA sequencing, whole-metagenome shotgun sequencing, and traditional microbiology techniques (bacterial isolation, culture, and phenotypic susceptibility testing). This integrative approach allowed us to observe interplay between swine farm environments and humans from both macro and micro perspectives. The completion of these tasks has benefited from the rapid development of next-generation sequencing in recent years. Perhaps even more importantly, labs around the world have worked hard to develop computational methods to make sense of this wealth of data. One method we used, ShortBRED, identifies short peptide sequences (“markers”) to accurately detect and quantify specific protein families (e.g. antibiotic resistance) in human or environmental microbiome. Based on a custom antibiotic resistance gene database, we identified nearly 2 thousand non-redundant antibiotic resistance genes in our samples. This translated to an average 3.7% increase in resistance gene relative abundance in the students’ gut microbiome during their swine farm internships.

With our culturing approach, we found further evidence of E. coli strains and antibiotic resistance gene exchange between swine farm environments and humans. This included higher phenotypic resistance and higher prevalence of resistance genes against clinically important antibiotics. Though our study was limited to E. coli, rapid developments in cultureomics are making broad isolate surveys more feasible. As metagenomics research goes to strain-level resolution, cultureomics could play a greater role in revealing the important relationship of gut microbiome with human health. In conclusion, our study presents new insights on how, and to what extent, temporary changes in living environments can shape the human gut microbiota and resistome. Future studies should seek to clarify the key roles of reservoirs, carriers, and vectors on the transmission chain and to identify factors promoting antibiotic resistance gene exchange between environmental microbiota and human commensal bacteria. Thus, a quantitative model for assessing resistance gene transmission risk to humans is urgently needed. 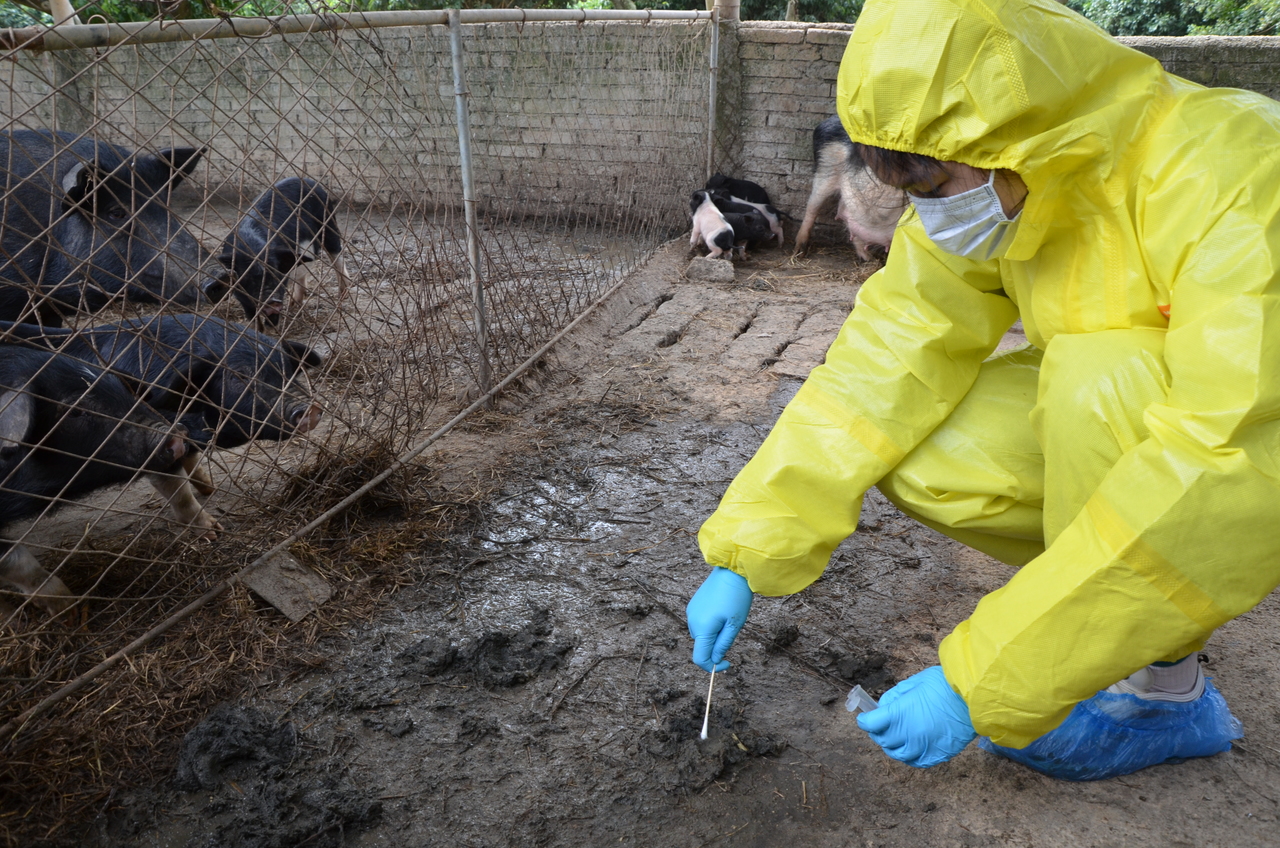 In our recent paper, we characterize how exposure to the swine farm environment leads to changes in the gut microbiome and resistome of healthy veterinary students.