A community from Nature Microbiology
Contributor Nature Medicine
Behind the paper

Clostridioides difficile infection (CDI) is the most prevalent cause of nosocomial infectious diarrhea in hospitalized patients, particularly in those treated with antibiotics. The gut resident microbiota plays a critical role in the prevention of CDI. The resident microbiota directly inhibits C. difficile colonization in the intestine through its byproducts, such as secondary bile acids. On the other hand, the involvement of host immunity in the microbiota-conferred colonization resistance remains poorly understood.

In our paper, published in Nature Medicine, we show that mucosal IL-22 signaling let a competitor of C. difficile gain the upper hand. By utilizing the human-associated microbiota (HMA) mouse model (Nagao-Kitamoto et al., 2016, CMGH), we revealed that IL-22, induced by colonization of human microbiota, plays a critical role in the prevention of C. difficile colonization in the gut. IL-22 regulated host glycosylation confers a benefit to the growth of certain beneficial bacteria, such as Phascolarctobacterium spp., in the gut microbiome. Phascolarctobacterium consumes luminal succinate for its growth and thereby reduced the availability of luminal succinate required for C. difficile growth. Moreover, we demonstrated that patients with ulcerative colitis (UC) who are susceptible to CDI might have a defect in host glycosylation. Consistently, UC-HMA mice were susceptible to CDI, but this phenotype was restored by transplantation of Phascolarctobacterium via the reduction of luminal succinate levels. Thus, IL-22-mediated host glycosylation guides the growth of metabolic competitors for C. difficile, thereby preventing the growth of this pathogen in the gut.

This work was accomplished in the Kamada laboratory at the University of Michigan. I would like to thank you all from the bottom of my heart for being such an amazing mentor, Dr. Nobuhiko Kamada and all collaborators.

I hope that this research sheds some light on the treatment of CDI. 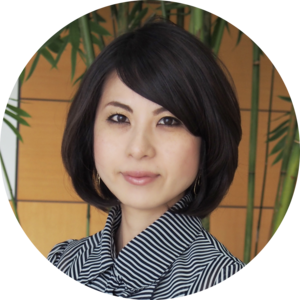