A community from Nature Microbiology
Contributor
After the Paper

Lateral flow LAM testing for TB in PLHIV - why the slow implementation?

Despite a 2015 WHO recommendation, lateral flow LAM testing has still not been widely implemented in most high TB/HIV burden countries
Emily MacLean
PhD candidate, McGill University
Follow
Like Be the first to like this
0

Read the original article in full on Gates Open Research: Adoption and uptake of the lateral flow urine LAM test in countries with high tuberculosis and HIV/AIDS burden: current landscape and barriers

Last year, our team published a systematic review in Nature Microbiology that attempted to gather and synthesize all the available biomarkers for tuberculosis (TB) detection. We found that the TB biomarker with the most existing high-quality evidence was lipoarabinomannan, or LAM, a component of mycobacterial cell walls. This makes sense, given that the World Health Organization has endorsed a LAM-based urine test. Recently updated WHO guidelines state that this lateral flow LAM test be used in the assistance of TB diagnosis in severely ill people living with HIV (PLHIV) of all ages with signs and symptoms of TB, or in PLHIV of all ages with CD4+ cell counts ≤ 200 cells/μl regardless of symptoms.

TB is the number one killer of PLHIV. However, routine use of the lateral flow LAM test has been shown to be a useful prognostic tool and to reduce mortality in PLHIV, as it enables healthcare providers to rapidly identify patients who are most in need of life-saving treatment. At 3.50 USD per test, its deployment seems like an obvious strategy in the fight against TB and HIV.

Despite this, work by Medecins Sans Frontieres (MSF) and Treatment Action Group (TAG) suggest that in most high TB/HIV burden countries, adoption and uptake of lateral flow LAM testing remains low. We wanted to understand policy adoption and test uptake of lateral flow LAM testing in the 31 highest TB/HIV burden countries, so we conducted a questionnaire-based study to this effect.

We received responses from 24 countries. We found that while 11 countries had adopted LAM testing policies, only 5 of the 31 highest TB/HIV burden countries had implemented LAM testing. Clearly, the existence of a policy does not necessarily translate into immediate use. Barriers to LAM testing were diverse, but the number one reason was budget constraints. It is truly unfortunate that funding limitations are preventing the uptake of a life-saving, 3.50 USD test! Lack of country-specific data and piloting, as well as administrative hurdles, and lack of coordination between national HIV and national TB programs were also cited as hurdles.

Patient advocates and activists have been calling on country governments to increase funding for and use of lateral flow LAM testing. Just last week, TAG published their Activist’s Guide to the TB LAM test, with important information about the test itself as well as how people can take action. If we are to see more rapid scale-up of TB tests, a WHO recommendation alone is not enough; we need to learn from the HIV/AIDS world and encourage advocacy and activism around test access.

Emily MacLean
PhD candidate, McGill University
Follow
I completed my MSc in Microbiology & Immunology at McGill, focusing on Leishmania. Currently I'm a doctoral candidate in epidemiology and am focusing on TB diagnostics at the McGill International TB Centre under the supervision of Dr Madhu Pai and Dr Nandini Dendukuri, but I still appreciate those posters with all the cell signalling pathways. 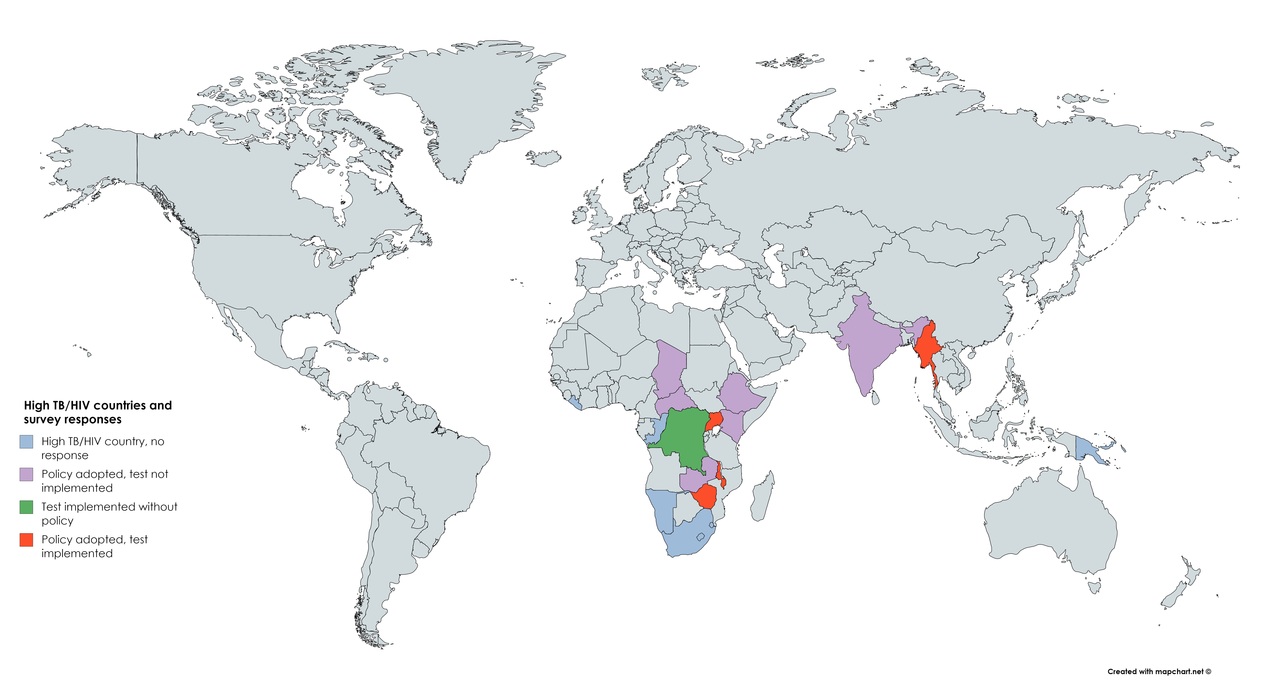 Lateral flow LAM testing for TB in PLHIV - why the slow implementation?

Despite a 2015 WHO recommendation, lateral flow LAM testing has still not been widely implemented in most high TB/HIV burden countries