Phage therapy for severe sepsis: where to next?

There is new optimism for phage therapy, an approach that has been with us for 100 years and is now being embraced anew. A rigorous clinical and biological approach will serve us well and effective partnerships between government, industry and the academy are essential.

Severe acute infection, ‘sepsis’ (excluding major infections such as pulmonary tuberculosis) causes 40-60 million cases and 1 in every 5 deaths every year 1. Global incidence is rising, along with antimicrobial resistance (AMR), which at least doubles the risk of death. AMR alone will cost global GDP ~100 trillion USD per year and become the largest single contributor to human mortality if current trends continue.

Bacteriophages (phages), discovered before antibiotics, have been used to treat infection for more than a century with apparent safety and have been embraced anew as a potential solution to AMR. Our use of three naturally occurring phages to augment Staphylococcus aureus killing in desperately ill patients with sepsis and bacteraemia3 was only possible because we had access to purified potent phages and because expected mortality was so high that novel adjunctive therapies were justified.

Even if their role as adjunct therapy remains uncertain, bacteriophages appear safe in critically ill patients and effective as ‘rescue’ therapy 4. If we are to continue with therapeutic use of phages, we must make all efforts to carefully report the biology - we still know much less about how to use phages than antibiotics and physicians and regulators remain sceptical while essential data needed for the pharmacopoeia are lacking. Such data are typically generated for a patented pharmaceutical but there are challenges in securing intellectual property for natural phages and additional regulatory hurdles for synthetic biology.

While economic risk remains high, the public good is best served by partnership between government, industry and the academy. Publicly funded laboratories such as our own are well placed to develop phage libraries to match established AMR surveillance and reference bacterial collections and to extend high-throughput susceptibility testing to phages and we need to network internationally to make these most effective. Organisations like Phage Directory (https://phage.directory/) have sprung up to take a lead in this

Good Manufacturing Practice facilities is now increasingly available in major health centres to support cell and gene therapies and are therefore easily leveraged for phage therapy. An immediate imperative is to standardise descriptions of phages and their activity against important pathogenic bacterial subtypes, in the presence and absence of relevant antibiotics. Networking, data-sharing and methodological standardisation are essential to support research, while the inclusion of government and regulators in planning that research is vital if we are to bring phage therapy into mainstream care and to realise its enormous potential outside medicine, in veterinary, agricultural and industrial applications. 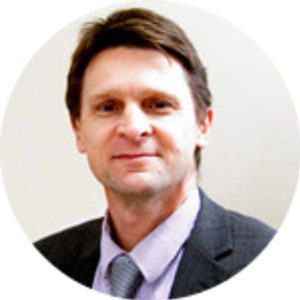