The toolbox of bacteria: the cause of food-poisoning?

When we consider food poisoning, we think of stomach aches, diarrhea and vomiting. We might also think about what food and contaminating microbes we might have ingested to cause visits to the bathroom every 15 minutes. Certain foodborne bacteria generate tools or virulence factors to cause the horrendous symptoms of food poisoning.

Virulence factors, including toxins, are secreted by bacteria either directly onto food items or during the incubation period in the human gut. The biological functions of toxins are presumably to help bacteria acquire nutrients, multiply, establish infection, and transmit to other hosts.

Our new study shows that the foodborne pathogen Bacillus cereus encodes tools with similar functions to kill host cells and induce an inflammatory response. This means that if one of the tools is lost or neutralised by the immune system, the bacteria have a back-up that allows them to retain their ability to infect and cause disease.

We previously demonstrated that a toxin called Haemolysin BL (HBL) is used by Bacillus cereus to kill cells. In doing so, Bacillus cereus is recognized by the innate immune system via activation of the inflammasome (Mathur et al Nature Microbiology. 4, 362–374 (2019)) https://www.nature.com/articles/s41564-018-0318-0. Bacillus cereus strains which lack HBL can still cause outbreaks, which led us to hypothesize that other factors could be important in driving infections. In this new study, we found that bacteria lacking HBL were still able to kill cells and induce inflammation. Importantly, we uncovered that another toxin, called non-haemolytic enterotoxin (NHE), is responsible. Further, the immune system was flexible enough to identify and respond to the infection regardless of which toxin was the weapon of choice.

NHE attacks all types of cells in the body. It does so by anchoring itself and forming holes in the plasma membrane. Compared to HBL, NHE appears be slower in its efficiency to kill immune cells. NHE is known to make a bigger hole in the plasma membrane. We think that the bigger-sized hole requires more time to assemble, which might explain why NHE is slower. Alternatively, the expression level of surface receptors for each toxin might also determine the efficiency for toxin binding to the plasma membrane.

We have shown that the activity of both NHE and HBL triggers a massive inflammatory response, which if uncontrolled, might lead to death. Therefore, NHE acts in a similar way to HBL, like the similarities between a mallet and a hammer in a tradesperson’s toolbox. If you don’t have a hammer, you can still use a mallet to get the job done. Similarly, if the bacteria do not have HBL, it can use NHE to destroy host cells, and vice versa. This means that Bacillus cereus is a seriously well-equipped tradesperson ready to cause some damage to the host.

Amongst other concerns, Bacillus cereus can cause more serious disease, such as sepsis. In our research, we used a selective inhibitor of the inflammasome sensor NLRP3 called MCC950, which is currently undergoing Phase II clinical trials, to dampen overactivation of the immune system during sepsis caused by Bacillus cereus.

The discovery of multiple functionally conserved toxins in the toolbox of bacteria will not only increase our understanding into the fundamental biology of microbes and their ability to cause disease, but could inspire new ways to fight against infectious diseases in the future. 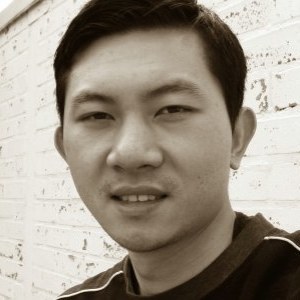