For bacterial fights to the death, they have evolved not only weapons but also armour and field medicine to give them a competitive edge.

Recently characterized but widely prevalent, the type 6 secretion system (T6SS) is a molecular weapon used by gram-negative bacteria to compete with their neighbours. Resembling a molecular poison-tipped spear, impressive work has been done solving the T6SS structure and identifying toxic effectors that are physically stabbed into both eukaryotic and prokaryotic prey. To protect themselves, T6SS-expressing strains encode immunity genes to specifically inhibit associated effectors. Yet aside from these immunity proteins, the characterization of defences against T6SS attacks has lagged behind.

When I joined Tao Dong’s lab, I had the idea of looking for non-specific defences that bacteria have evolved (at least in part) to protect against T6SS attacks. I began testing an effector-null strain of Vibrio cholerae made by other members of the lab. Still able to build a functional T6SS, the three well characterized anti-bacterial effectors were catalytically inactivated and, as expected, the strain did not kill E. coli. However, what was really interesting and unexpected was that it did kill another species, Aeromonas dhakensis, which inhabits similar environmental niches as V. cholerae. We soon attributed this species-specific killing activity to a cryptic fourth anti-bacterial effector of V. cholerae, TseH, helping demonstrate it as an active and delivered T6SS substrate. Working with the Savchenko lab we determined the TseH structure, finding that it exhibits the architecture of papain-like NlpC/P60 enzymes.

These findings raised the critical question, why didn’t TseH kill E. coli? We quickly confirmed that E. coli was not immune to the effector, as heavily overexpressed TseH was able to kill E. coli. So it seemed E. coli was only able to survive TseH at lower concentrations, such as those delivered by the T6SS. Was E. coli using a non-immunity defence to survive against TseH? To identify this mechanism, I looked for TseH-sensitive mutants in the Keio collection. Since TseH targets the peptidoglycan cell wall, I began with envelope stress responses and soon found that 2 (Rcs and BaeSR) showed significantly reduced survival. I was on to something! I characterized additional sensitive mutants and ultimately determined that E. coli was using these defences, most notably their colanic acid capsule, to protect against incoming T6SS attacks.

What about V. cholerae itself, which was resistant to TseH even when the immunity gene was deleted? Lacking rcs and baeSR, I searched for other envelope stress responses playing similar roles. I found a perfect candidate in the WigKR (also known as VxrAB) system. Tobias Dӧrr had recently shown that it plays a similar role in Vibrio as Rcs does in E. coli, responding to and repairing cell wall damage. Not only that, but the original paper characterizing this system (from Fitnat Yildiz’s lab) demonstrated that it was important for host colonization and that it regulates the T6SS itself in pandemic El Tor strains of V. cholerae. Sure enough, my expectations for a wigR mutant were exceeded! I found that not only was this factor important for surviving against TseH in the absence of immunity, it was also critical for full survival against other T6SS effectors even when immunity genes were still intact and expressed! WigKR could act independently or even supersede immunity proteins, suggesting that non-specific defences can play a role as important as specialized immunity genes against T6SS attacks.

Work is already in progress to expand upon this and other systems and find out how many of these defences are out there. Since the T6SS is so prevalent, it likely exerts a significant evolutionary pressure and may have been a major driving force in the development of these protective envelope stress responses. My findings were not only interesting because they were non-immunity defences against the T6SS, but could also lend insight into the evolution of well-known stress responses. 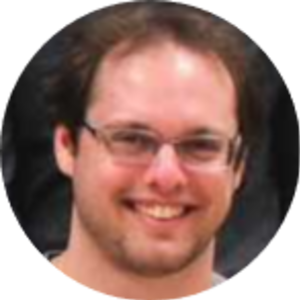