In the review published last week, we compile evidences suggesting mixotrophy in picocyanobacteria and examine its ecological significance.
Guadalupe Gómez Baena
Assistant Professor, University of Córdoba
Follow
Like Liked by Salvatore Mandalà and 1 other

Mixotrophy in marine picocyanobacteria: use of organic compounds by Prochlorococcus and Synechococcus - The ISME Journal

The ISME Journal - Mixotrophy in marine picocyanobacteria: use of organic compounds by Prochlorococcus and Synechococcus

Prochlorococus and Synechococcus are the most abundant cyanobacteria in the oceans. They are also responsible for an important fraction of the primary production. Since cyanobacteria are the only known prokaryotes able to do oxygenic photosynthesis, they were first considered autotrophic organisms. However, it has been demonstrated by several groups that they can take up organic compounds. Our adventure in this field started about 15 years ago when we tested whether Prochlorococcus cells were able to take radioactive glucose. With the help of Dr. Pedro Candau (Instituto de Bioquímica Vegetal y Fotosíntesis, Sevilla, Spain) and his valuable experience on Synechocystis cells, we characterized glucose uptake in several Prochlorococcus strains. It took multiple cell sorting experiments to convince ourselves (and the reviewers) that the transport measured in our experiments actually came from Prochlorococcus cells. At this stage, we also detected the light dependency of such transport, which was unexpected at first since our working hypothesis at the time was that glucose utilization could be more beneficial for strains living in the areas deficient of sunlight. However, we soon realized that this light dependency had been described already for the uptake of others organic molecules.

To characterize the glucose assimilation pathway, we first quantified the expression of several genes when glucose was provided to the cultures. Among these genes, we targeted melB (which we later called glcH) as a gene encoding a putative sugar transporter. Later on, in collaboration with Dr. Ignacio Luque (Instituto de Bioquímica Vegetal y Fotosíntesis, Sevilla, Spain), we demonstrated that the ectopic expression of melB in Synechococcus elongatus PCC 7942 conferred this strain (unable to use glucose) the capacity for glucose uptake. Furthermore, in collaboration with Dr. Mikhail Zubkov (Scottish Association for Marine Science, United Kingdom), we could also measure glucose uptake by natural Prochlorococcus populations in the Atlantic Ocean. Since then, we have carried out detailed studies on the diversity of the glucose uptake kinetics, on the metabolic effects of glucose availability (by quantitative proteomics) with the collaboration of Dr. Robert Beynon (University of Liverpool, United Kingdom), and on the regulation of the glcH expression. Future manuscripts, currently in preparation, will compare the effects of glucose addition on the proteome and metabolome of several model Prochloroccus and Synechococcus strains; the effects of glucose addition in the field on the cyanobacterial transcriptome and on the microbial community composition will also be assessed.

Since mixotrophy in picocyanobacteria is still a concept under debate, with potentially huge impact on the current understanding of biogeochemical cycles, we decided to review in this paper the studies relevant to this hypothesis. In the first part of the manuscript we gathered information about transport and utilization of different organic molecules by Prochlorococcus and Synechococcus, comparing the uptake rates and focusing on sugars, amino acids, ATP/phosphonates and DMSP. In a second part, we searched through genomic and metagenomic data for the presence of genes related to the metabolism of organic molecules. It seems clear that some genes related to assimilation of organic molecules belong to the core genome and are conserved in the two genera. Finally, we discussed the potential role of vesicles and the ecological relevance of mixotrophy in marine microbial ecology and hence in biogeochemical cycles.

Ruth Milne
over 2 years ago

Hi Guadalupe - thanks for posting. Are you able to add a link to the paper?

Guadalupe Gómez Baena
over 2 years ago

Ruth Milne
over 2 years ago

Vanishing act: the disappearance of ancient nutritional symbioses in ants

Group formation is a social affair 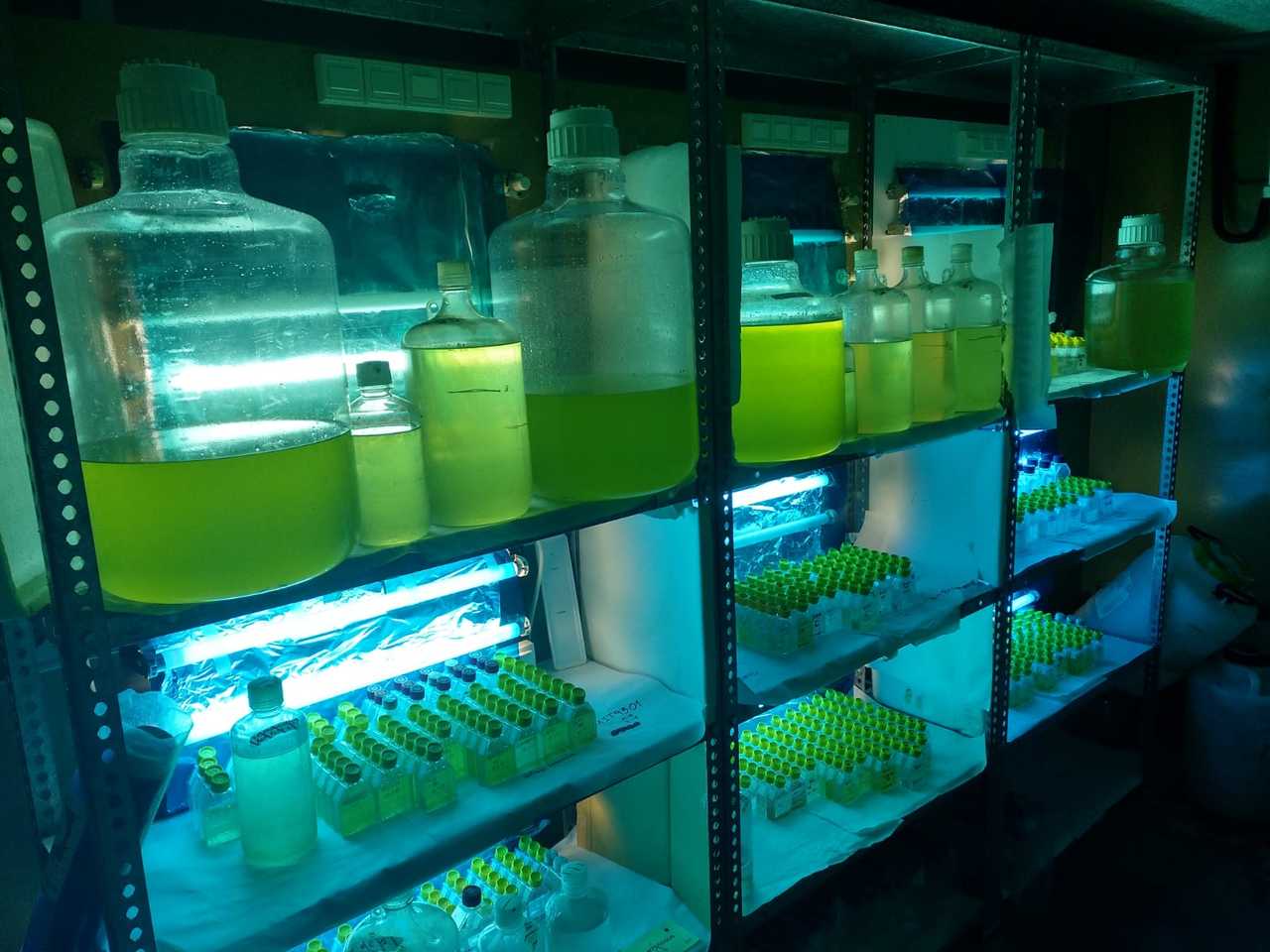 In the review published last week, we compile evidences suggesting mixotrophy in picocyanobacteria and examine its ecological significance.