A tale of chase and capture: how FtsZ coordinates the movement of cell division proteins

The use of an in vitro system in which key proteins involved in cell division are attached to supported lipid bilayers reveals that membrane-bound cytosolic peptides of FtsN and FtsQ co-migrate with treadmilling FtsZ–FtsA filaments via a diffusion-and-capture mechanism, elucidating how FtsZ dynamics…

The Escherichia coli cell cycle is simple: the cell grows until it has doubled in size and then it divides precisely in the middle. But how? To answer this question we need to look inside of the cell, at the molecular level, and there everything gets “curiouser and curiouser” (Alice in Wonderland).

For E. coli to divide the bacterial cell wall has to be remodelled such that the two dimensional peptidoglycan layer grows inward. How this is achieved has been a long standing question in bacterial physiology. It is believed that such remodelling is coordinated by the FtsZ cytoskeleton. FtsZ is a widely-conserved, bacterial homolog of tubulin, it forms short and dynamic filaments that move around the middle of the cell. The filaments move via treadmilling, where new monomers are added to the growing end of polymer and removed from the shrinking end after GTP hydrolysis, in good analogy to actin. During the early stages of cell division, FtsZ has to recruit the rest of the division machinery - about 20 proteins that span cellular membrane from the cytoplasm to periplasm.

In Baranova et al., we used a bottom-up approach to reconstitute and watch in real-time the assembly of the division complex on a planar lipid membrane. We found that 4 proteins (FtsZ, FtsA, FtsN, FtsQ) moved directionally in a GTP-dependent manner and self-organized into dynamically rotating rings.

Thus FtsQ and FtsN (magenta, in the movie) are the transmembrane proteins that can link FtsZ (cyan, in the movie) filaments in the cytoplasm with cell wall synthesis enzymes located in the periplasm to coordinate their dynamics across the cellular membrane. A step forward, but it was still not clear how they managed to follow directionally moving FtsZ filaments. From now on, everything became “curiouser and curiouser”.

The main surprise came when we looked at single molecule behaviour - none of the proteins in the reconstituted assembly moved directionally with the filaments. Instead, the cytoplasmic peptide of FtsN was transiently captured to FtsZ filaments and afterwards diffused randomly away, in a constant game of chase and capture (see the figure below). The collective motion of the transmembrane proteins with FtsZ is an emergent behaviour, controlled by treadmilling dynamics. The bottom line - FtsZ does not move individual transmembrane proteins, but it still moves the signal on when and where to activate cell wall synthesis.

Let us think how. We demonstrated that by capturing division proteins via their cytoplasmic domains FtsZ filaments can locally concentrate these proteins, which may stabilize otherwise weak interactions to initiate the assembly of the division complex and thus activate cell wall synthesis. Signal transduction via clustering of transmembrane receptors by static polymers is a wide-spread mechanism. However, the behaviour of FtsZ is more interesting, because of the treadmilling dynamics, FtsZ creates a moving signalling zone: i.e. as soon as the filament moves forward, captured proteins are released, diffuse and then rebind to the growing end. In this manner, no roadblock can stop FtsZ to transmit the downstream signal and activate cell wall synthesis. 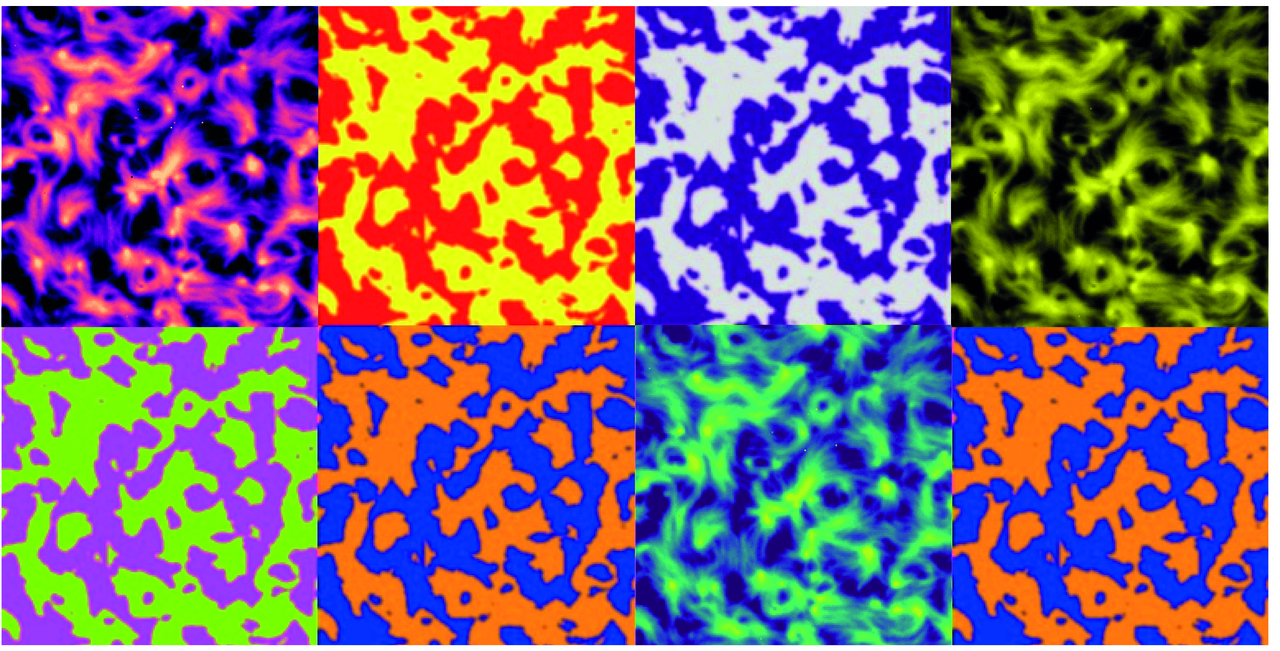 A tale of chase and capture: how FtsZ coordinates the movement of cell division proteins