Our voyage to develop an innovative approach to beneficially shape the intestinal microbiota.

Fighting fire with fire - how to use flagellin to reshape the intestinal microbiota. The intestinal tract is heavily colonized by billions of microorganisms playing numerous beneficial roles. On the other hand, uncontrolled microbiota can lead to numerous chronic inflammatory diseases...

We previously demonstrated that a common feature of inflammation-associated microbiotas is an increased level of expression of flagellin by select microbiota members that can drive bacterial encroachment into the intestinal mucosa. With previous observation that mucosal IgA play a vital role in maintaining intestinal microbiota’s homeostasis and our report that anti-flagellin antibodies can down-regulated bacterial flagellin expression and associated motility, we hypothesized that a targeted immune response can be used to beneficially shape the intestinal microbiota and protect against inflammatory diseases. And this was the beginning of a pretty long journey !

We were able to demonstrate that targeted immunization against bacterial flagellin is sufficient to shape the intestinal microbiota in a beneficial way, by altering both its composition and function. Anti-flagellin antibodies are produced in response to such immunization and impact the microbiota by decreasing its pro-inflammatory potential and its ability to encroach upon its host. Importantly, such alterations associate with protection against chronic inflammatory diseases. Hence, administration of flagellin, and perhaps other bacterial antigens, has the potential to vaccinate against an array of diseases associated with, and driven by, gut inflammation.

Hao Tran: When this project was conceived, I was a 4th-year undergraduate student, having worked in Dr. Andrew Gewirtz’s lab for 6 months under the mentorship of post-doctoral fellow Dr. Benoit Chassaing. I was exceedingly intrigued about the potential of this project and upon graduating from college, I decided to enter the PhD program to pursue this project to fruition. Benoit and I started this project in 2013 with an initial proof-of-concept experiment, and 6 years later, it has become a defining pillar for the rest of my career. This project started and ended my time as a graduate student and working with Benoit, but it will continue to be the source of scientific collaboration and friendship that will last a lifetime!

Benoit Chassaing: While this project is not the first one I am publishing as a senior author (and hopefully not the last one), it is actually the first one I started as a mentor, 6 years ago. The combination of the various models used as well as the immunization regimen, which requires months-long experiments, indeed render this project the longest of my short career! When I started to supervise Hao, I was still a post-doctoral fellow in Dr. Gewirtz laboratory, while I am now an independent scientist, highlighting how patience and perseverance are required in our field. Further highlighting this point is the fact that this work is a proof of concept in animals, and significant amount of work is now needed in order to test other antigens, other immunization route, other inflammatory models, as well as the human relevance of these findings. This should keep us entertained for the coming 30 years ! 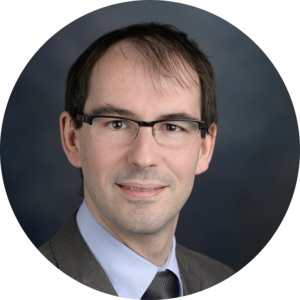