In your (sur)face bacterial biofilms!

The increased resistance of biofilm bacteria towards antibiotics is widely known and accepted. However, it is less appreciated that part of this resistance can be a physical one: many bacteria can form biofilms with extremely liquid repellent surfaces.

In our lab, we try to alter this material property of biofilms so they become easier to deal with. In detail, our current study focuses on disrupting the superhydrophobic character of biofilms to facilitate chemical inactivation attempts.

Previously, we had found a direct link between the wetting behavior of biofilm surfaces and their microtopography 1. Those findings, also published in npj Biofilms and Microbiomes [https://doi.org/10.1038/s41522-017-0018-1] showed that biofilms with higher surface complexities i.e. roughness features, also exhibit higher liquid repellency. In contrast, biofilms which cannot repel liquids well, exhibit much smoother surfaces. This finding motivated the idea that, if the surface of an initially superhydrophobic biofilm could be smoothened, this surface would lose its liquid repellency.

First, we tried a “top-down” approach, where we used concentrated solutions of ethanol, sugar and salts to induce a “deflation” of the rough microfeatures of the biofilm surface via osmotic dehydration 2. With this approach we were indeed able to weaken the superhydrophobicity of mature biofilm surfaces formed by three different bacterial strains. After this treatment, these biofilms were more susceptible to aqueous antibiotic solutions and erosion by dripping or flowing water 2.

Of course, this strategy only works once biofilms have already formed. Thus, we set out to find a way that could prevent the formation of superhydrophobic biofilm surfaces in the first place. Such an idea is pursued in our current study where we chose a “bottom-up approach” tackling growing biofilms. This time, the idea was to diffuse ionic substances through the substrate the biofilms grow on in order to change their surface characteristics. We selected metal ions such as copper and zinc and studied their influence on the surface topography, liquid repellency, and matrix composition at early stages of biofilm development. Indeed, we got lucky and our strategy achieved the envisioned goal: the presence of metal ions kept the biofilm surfaces from developing strong microscopic roughness features thus rendering them hydrophilic and wettable. Moreover, a similar strategy could also be used to treat mature superhydrophobic biofilms by diffusing the ionic solutions through their substrate during further incubation times, i.e, when those biofilms kept growing. Here, the biofilms changed their surface morphology over time and became smoother and more wettable as they grew in height.

In retrospect, reporting those results sounds easier than it was; challenges arose while attempting to observe the benefit of this reduced liquid repellency in biofilms. Treatment with aqueous antibiotic solutions was performed on all “ion-infused” biofilms (and controls) to test if the reduced liquid repellency would enhance the efficiency of the antibiotic treatment. However, the BacLight staining kit we used in our previous study to assess bacterial viability (there, it worked perfectly), was completely unsuccessful this time as it returned very weird results. After various attempts, Anna Dragos (co-author in our paper) told us to stop trying, as most probably the cells in our biofilms –when grown in the presence metal ions– would have an increased permeability allowing the dyes to stain both, alive and dead cells 3. Things got better when we switched to CFU tests, which themselves came with their own challenges: obtaining single bacterial cells from highly sturdy liquid repellent biofilms is no easy task. However, we got it to work and obtained reproducible results – and they even made sense! To read the full paper, go to: [https://doi.org/10.1038/s41522-019-0111-8]. 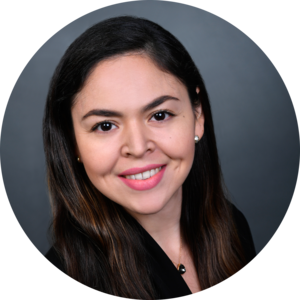 Biomedical engineer with a focus on biomaterials. Most recently, working on the wetting resistance of bacterial biofilms and developing strategies to weaken it.
Follow