Too Many Cooks in the Kitchen

What happens when your immune system and antibiotics don't work together?

S. aureus has been shown in vitro to survive intracellularly in various cell types, such as endothelial cells, epithelial cells, neutrophils, and macrophages [1-3]. Work from Paul Kubes’ group shows that during systemic infection in mice, S. aureus is readily phagocytosed by macrophages and trafficked to the liver[4]. However, despite the importance of macrophages in initial control of pathogen burden, macrophages fail to eradicate the intracellular S. aureus population. Additionally, the intracellular reservoir seemingly seeds secondary infections in other organs, like the kidneys. Because macrophages represent such an important niche during infection and have been shown to induce tolerance in other clinically important pathogens [5,6], we sought to determine how macrophages might be contributing to antibiotic treatment failure during S. aureus infection.

We hypothesized that stressors encountered in the phagosome of macrophages were inducing antibiotic tolerance in S. aureus. Using both macrophage tissue culture and in vitro bacterial culture models, we observed that exposure to oxidative stress completely protected S. aureus from antibiotic killing by rifampicin. But how?

Antibiotic tolerance has been associated with decreased metabolic activity. Following exposure of S. aureus to oxidative stress, we observed a collapse in ATP levels and TCA cycle activity, suggesting that oxidative stress forces S. aureus into a metabolic state incompatible with antibiotic killing.

Our next question was whether oxidative stress-induced tolerance was relevant during host infection. By comparing wildtype mice to mice deficient in oxidative burst, we found that oxidative stress indeed contributes to antibiotic tolerance in mice. Excitingly, in both our macrophage and animal model, we were able to resensitize S. aureus to antibiotics by treating either the macrophages or the mice with antioxidants.

Despite the importance of oxidative stress in control of burden in early infection, we found that oxidative burst, a major component of the innate immune system, directly antagonizes antibiotic function, contributing to treatment failure. By modulating oxidative stress during murine S. aureus infection, we were able to significantly improve antibiotic efficacy. We are excited by the potential implications of this work and the prospect of developing host-directed therapeutics to maximize antibiotic efficacy and clear bacterial infections. 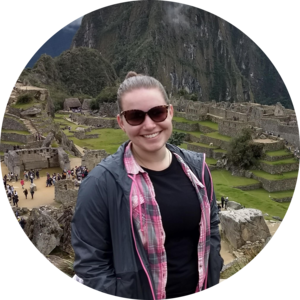