Figure 1. After entering plant roots (A), R. solanacearum (B) invades the xylem vessels and rapidly spreads to aerial parts of the plant throughout the vascular system. Typical wilting symptoms result from an excessive production of extracellular polysaccharides that alter water fluxes within the plant (C). Image copyright: Ville-Petri Friman and Zhong Wei.

Here we investigated the potential of pathogen-specific viruses, phages, in controlling this notorious pathogen. Phages are often very effective at killing their host bacteria (Fig. 2) and they were used to treat bacterial infections before the invention of antibiotics. Phages are also a crucial part of natural microbiomes and often highly specific making them ideal ‘weapons’ to solely target the pathogenic bacterium leaving beneficial microbes unharmed.

We used a combination of lab, greenhouse and field studies to test the biocontrol efficacy of phages in complex tomato rhizosphere microbiomes. Our results show that phages were very specific and did not cause collateral damage to the surrounding microbiota. However, to achieve good biocontrol efficiency, it was essential to apply phages in combinations.

Specifically, we found that phages controlled disease outbreaks via two mechanisms. First, by killing and reducing the relative abundance of the pathogen (an ecological mechanism), and second, by selecting for phage resistant but slow-growing pathogen genotypes that showed reduced competitiveness (an evolutionary mechanism). Crucially, using phages in combination magnified the effects of these both mechanisms leading to up to 80% reduction in disease incidence.

High biocontrol efficiency was also partly driven by changes in the composition of the wider microbiome: reduction in the pathogen abundance correlated with an increase in bacterial taxa that showed antagonism towards the pathogen. Phages thus triggered a downward spiral to the pathogen by selecting for reduced growth in the face of intensified competition with other bacteria (Fig. 3).

Together, our results suggest that phages can be used as precision tools to engineer the composition and functioning of rhizosphere microbiomes by selectively targeting pathogenic bacteria. Moreover, phage resistance evolution could be advantageous if phage biocontrol efficiency can be increased by choosing phages that select for costly phage resistance adaptations via evolutionary trade-offs (Wang et al. 2017). 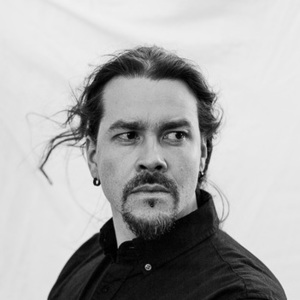 Friman Lab: We are interested in eco-evolutionary dynamics of species interactions in multi-trophic communities. We are specifically focused on plant rhizosphere and human lung microbiomes and how interactions within these microbial communities affect the fitness and survival of associated host organisms. Elucidating these processes is especially important for understanding bacterial disease dynamics in agricultural and medical contexts and developing new ways to control infections. Moreover, we are interested in how the rapid evolution of species interactions might feedback and change the composition, stability and the functioning of microbial ecosystems. We use two main study systems in our research. First, we use model cystic fibrosis lung microbiome to focus on understanding how the evolution of Pseudomonas aeruginosa bacterial pathogen is shaped by sub-inhibitory antibiotic concentrations, other co-occurring bacteria and lytic phages. Second, we use a tomato rhizosphere microbiome model to study bacteria-phage-plant interactions in soil focusing on Ralstonia solanacearum plant pathogenic bacterium (a causative agent of bacterial wilt disease). We combine experimental evolution with environmental and clinical sampling, field and greenhouse experiments, genome sequencing and bioinformatic analysis and work with various microbes including bacteria, phages, protists. Our main interests include - Using ecological and evolutionary theory to engineer rhizosphere microbiomes in agriculture - Phage therapy in clinical and agricultural contexts Evolution of pathogen virulence - Antibiotic resistance evolution in microbial communities - Eco-evolutionary dynamics of species interactions in microbiomes
Follow
Nature Portfolio Microbiology Community