The old with the new: the importance of combining microbial culture with DNA sequencing for the future of microbiome research.

There is no denying that the field of microbiology has been revolutionized by improved DNA sequencing technologies. 16S rRNA gene sequencing, for example, allows us to answer qualitative questions about microbial communities and the relationships between their members in a high-throughput manner. Our knowledge of the human, earth, soil, and marine microbiomes that surround us has greatly improved with the adoption of these techniques. However, the qualitative information that we gain from DNA sequencing should not encourage us to disregard the quantitative knowledge that we gain from microbial culture. Phenotypes and morphology can differ greatly across strains of the same species, often in ways that we still don’t understand at the genetic level. Further, culture can help fill in the holes in taxonomic resolution that exist for many important groups of bacteria when examined with 16S rRNA gene profiling. Shotgun metagenomics does start to address some of these issues and can resolve strain level heterogeneity in some instances. And for samples where microbial DNA comprise only a small part of the sample (for e.g. tissue biopsies or sputum as addressed in our paper (1)) most sequence obtained from shotgun sequencing is host and depleting host prior to sequencing adds cost and variability to protocols.

Up until a few years ago, every talk we gave or paper we wrote began with a defense of microbial culture. Until recently, the human microbiome was considered an unculturable majority which could only be fully profiled via DNA sequencing. Surprisingly, this later claim was not based on any real data (and often an overstatement of the “great plate anomaly” (2) with respect to human microbiota – not that it isn’t an important concept!). But in reality, a quick literature review indicates that faecal microbial communities were being cultured as early as the 1970s (3). For decades, microbiologists have been culturing microbes from human samples that represent most major groups of microbiota. Just imagine a chance to look though Sydney Finegold’s strain collection! Fortunately, the “unculturable mentality” has recently been overcome in the field, and culturing is becoming more commonplace.  One observation from all studies that have properly attempted culturing on human microbiomes is, that regardless of the source, a greater number of organisms are identified using combined culture and sequencing approaches than culture-independent methods.

Many microbial communities are dominated by a handful of abundant strains/species, with a long tail distribution of less abundant microbes. By culturing these communities, we can sequence the genetic content of these microbiomes more evenly, obtaining more complete metagenomic-associated genomes (or MAGs) for less abundant organisms than we can from direct metagenomic sequencing of the community alone. This is important in communities where less abundant organisms are more functionally active then their more abundant counterparts. Culture-enrichment also allows for the in vitro removal of contaminating host DNA which can severely hamper shotgun metagenomic efforts in low biomass human communities.

In our recent study (1), we combine classical, microbiology culture to enrich for the bacterial component of these communities prior to metagenomic sequencing in order to eliminate host DNA contamination. Culture-enrichment “biologically bins” organisms based on their ability to proliferate in a variety of conditions, allowing for improved resolution of the microbiome community. Within, we show that culture-enriched metagenomics results in better taxonomic recovery, more metagenomic bins and MAGs, and better functional annotations when compared to standard, culture-independent metagenomics. Furthermore, we can measure sequence variability within species/strains. While this study demonstrates the power of this approach for respiratory samples from cystic fibrosis (CF) patients with the complication of large amounts of host DNA (and accumulated microbial DNA from dead cells), this approach does provide a greater depth of characterization than culture-independent methods alone for any sample type.  We are applying this general strategy to other host-associated microbiomes and – as with sputum – we get a resolution of community composition much greater than shotgun sequencing alone.  In the context of CF, this resolution of the microbial communities in the airways will help us understand the relationship between these communities and the disease progression which has not been satisfactorily addressed with 16s rRNA profiling (4).

Of course, one of the real benefits of this strategy is that we have access to the organisms that we sequence. There remains a significant number of genes of unknown function or with only high-level annotation (e.g. no accurate prediction of substrates for many predicted enzymes). There are biochemical treasures to be discovered and with potential therapeutic applications among the unannotated genes. Looking ahead, what is needed for the field of microbiome research to progress is the microbes themselves. In silico predictions from gene homology, or syntenic relationships could be complimented by in vitro experiments.  We feel that this general strategy of culture-enriched metagenomics (coupled with strain isolation, high throughput genome sequencing and phenotyping) can accurate characterize any microbiome – host-associated or environmental.

Finally, there is the aesthetic wonder of microbiology that awaits every morning in incubators and anaerobe chambers, and to the observant scientist, new interactions to be discovered before their eyes. 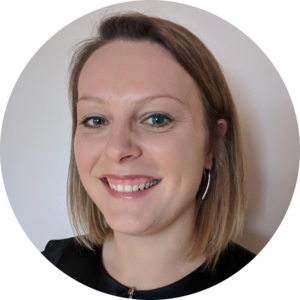