Respiratory quinone diversification to rise to the challenge

Oxygen and life are inextricably linked. It may be hard to imagine life without oxygen, however, approximately 2.5 billion years ago, the earth had little or no oxygen. That was, until the geochemical change commonly referred to as the Great Oxygenation Event (GOE); the rapid rise in the oxygen level of the earth’s atmosphere resulting from the blooming of the photosynthetic cyanobacterial population [1].

An imbalance of oxygen can be toxic to life. Human beings can only safely survive in an atmospheric oxygen concentration between 19.5 and 23.5% [2]. A further increase in oxygen levels can cause the formation of oxidizing free radicals which can damage cells and tissues. Thus, rising oxygen concentration due to the GOE posed a lethal challenge to early life forms that evolved in anaerobic environments. While this resulted in a mass extinction, many microbes were able to survive by adaptive physiological rewiring [3].

Oxygen is required for respiration and serves as the terminal electron acceptor in the electron transport chain (ETC). This electron flow is enabled by various enzymes present in the cellular/mitochondrial membrane. However, the successful operation of this electronic circuit is dependent on membrane-localized redox-active small molecules, respiratory quinones [4]. Ubiquinone is the respiratory quinone of modern life forms and its appearance overlaps with the emergence of oxygen on earth. Pre-GOE era organisms use a low redox potential respiratory quinone called naphthoquinone. This quinone diversification is believed to be an adaptive response to the oxygenation of the earth’s environment. However, a large number of bacterial species still respire aerobically using the ancient respiratory quinone. We currently have a limited understanding of the consequences of respiratory quinone types on microbial physiology.

Naphthoquinone is more prone to non-productive electron leakage during the operation of the ETC. This can result in the generation of reactive radicals and cause damage to the cell. The strains that evolved to respire aerobically using naphthoquinone were observed to activate a subset of cellular defense systems that are primarily responsible for mitigating oxidative stress in the periplasmic space. This enabled the safer operation of the ETC and improved oxygen consumption of the strains. However, the activation of this defense system required a reallocation of finite cellular resources, causing a restriction on the growth capacity of the evolved strains. This ‘fear-greed’ trade-off, possibly, directed the advent of the higher redox potential quinone.

Apart from advancing the basic understanding of microbial bioenergetics evolution, an understanding of this fear-greed trade-off can facilitate modulation of growth and survival of bacteria, especially a broad range of pathogenic bacteria respiring aerobically using naphthoquinone. 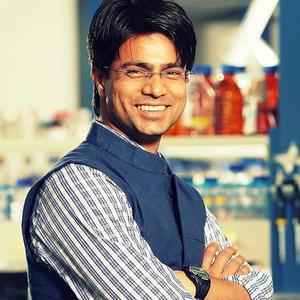