When UN Secretary-General’s Special Envoy for HIV/AIDS in Africa Stephen Lewis challenged our university in 2002 to help with the crisis, we decided on a social enterprise response.
Gregor Reid
Professor, Western University and Lawson Institute
Follow
Like Liked by Ruth Milne and 1 other
0

Knowing that drug or vaccine treatments would be a long time coming, we were concerned with the impact on the people infected with the virus and those around them. The settings in east Africa where the epidemic was occurring were notably also challenged by poverty, unemployment, malnutrition and other infectious diseases. Large numbers of men were falling ill leaving women and grandparents to take care of them and their children, as well as procure food.

Our idea was quite simple: provide the means for women to make and sell probiotic yoghurt with the aim of supporting income, impacting malnutrition, and providing immune enhancement for those infected with HIV. We were essentially working within the concept that disease does not exist on its own but is part of a chain of factors.

The basis was studies showing strains of lactobacilli could enhance immunity, reduce diarrhea, improve gut barrier function and be delivered in a fermented milk form. A group of faculty and staff got together and decided to move ahead. And so Western Heads East was born.

In 2004, two students set the initiative into action by going to Mwanza, Tanzania and teaching a woman’s group how to make the yoghurt. With the probiotic Lactobacillus rhamnosus GR-1 donated, a brick building purchased, utensils in place and procedures simplified in Swahili, the journey began.

Fifteen years later much has been achieved thanks to a multitude of helping hands. Studies of various sizes and levels of evidence have provided sufficient data to show that consumption of the yoghurt, branded Fiti, provides many essential nutrients, is safe for HIV-infected subjects, can reduce diarrhea and fatigue, and in some cases boost the CD4 count 1. One small study in London Canada was notable when a patient told us he cycled to the clinic every Wednesday excited to pick up the yoghurt and happy that someone was trying to improve his quality of life, offsetting the glum situation from drug therapy. But the most positive impact is not the strength of medical effects. Rather, it is the social impact that ensued.

The original ‘kitchen’ had grown to ten in Mwanza with the mamas teaching others, and the community perceiving a benefit through the tasty food for HIV patients, elders and children. A grant from the Canadian Government then allowed a partnership to be made with Yoba-for-life, a non-profit foundation established by two Dutch Scientists. They made a breakthrough by creating a sachet containing one gram of a Lactobacillus rhamnosus and Streptococcus thermophilus strain that could make up to 100 litres of probiotic yoghurt 2.

Thus, instead of relying on local laboratories to propagate the probiotic, community owners of the 'kitchens' could command the whole process by themselves. Although the sachet itself contains the instructions, learning programs were put in place to inform producers on how to make the product hygienically using the proper specifications, and how to set up a business with book-keeping, acquiring milk, packaging, labeling, selling, marketing and distributing the end-product.

With assistance from Heifer International and many Africans with a variety of expertise, the ‘kitchens’ became ‘production units’, and sales reached 260,000 consumers every week through sites in Uganda, Tanzania and Kenya. Notably, the price was affordable to most in the poor communities. Women became owners of small businesses, employing sometimes tens of people, and making sufficient profit to send their children to good schools as well as access medical care. Mud homes became brick houses in some instances, as documented by the program3.

The challenges were almost insurmountable at times, and many remain to this day. But the concept continues to expand in Tanzania, reaches refugee camps in Uganda and enters new ground in Ethiopia, Nepal and Rwanda. This reflects local people recognizing the multiple benefits.

The final words could come from no less than businessman and philanthropist Bill Gates who said, “If you give people tools, and they use their natural abilities and their curiosity, they will develop things in ways that will surprise you very much beyond what you might have expected” 4. This reflects the program we initiated which is now expansively in the hands of Africans. Gates more recently is quoted as stating that “Probiotics could be the key in addressing malnutrition.”5.  Although he appeared to think it would take one or two decades for this to happen, we believe that probiotic fermented foods can be an excellent immediate intervention.

Having now used the Fiti and Yoba sachets to make probiotic juices, millet and cereals, we have expanded the number of locally sourced foods that can be used over dry and wet seasons in developing countries. Thus, what started out as a call to action for HIV/AIDS has now the potential to impact the lives of millions of people around the world. It will take the efforts of many, but the willpower of a few could make it happen sooner. What a legacy that would be for all those who died or continue to live with HIV. 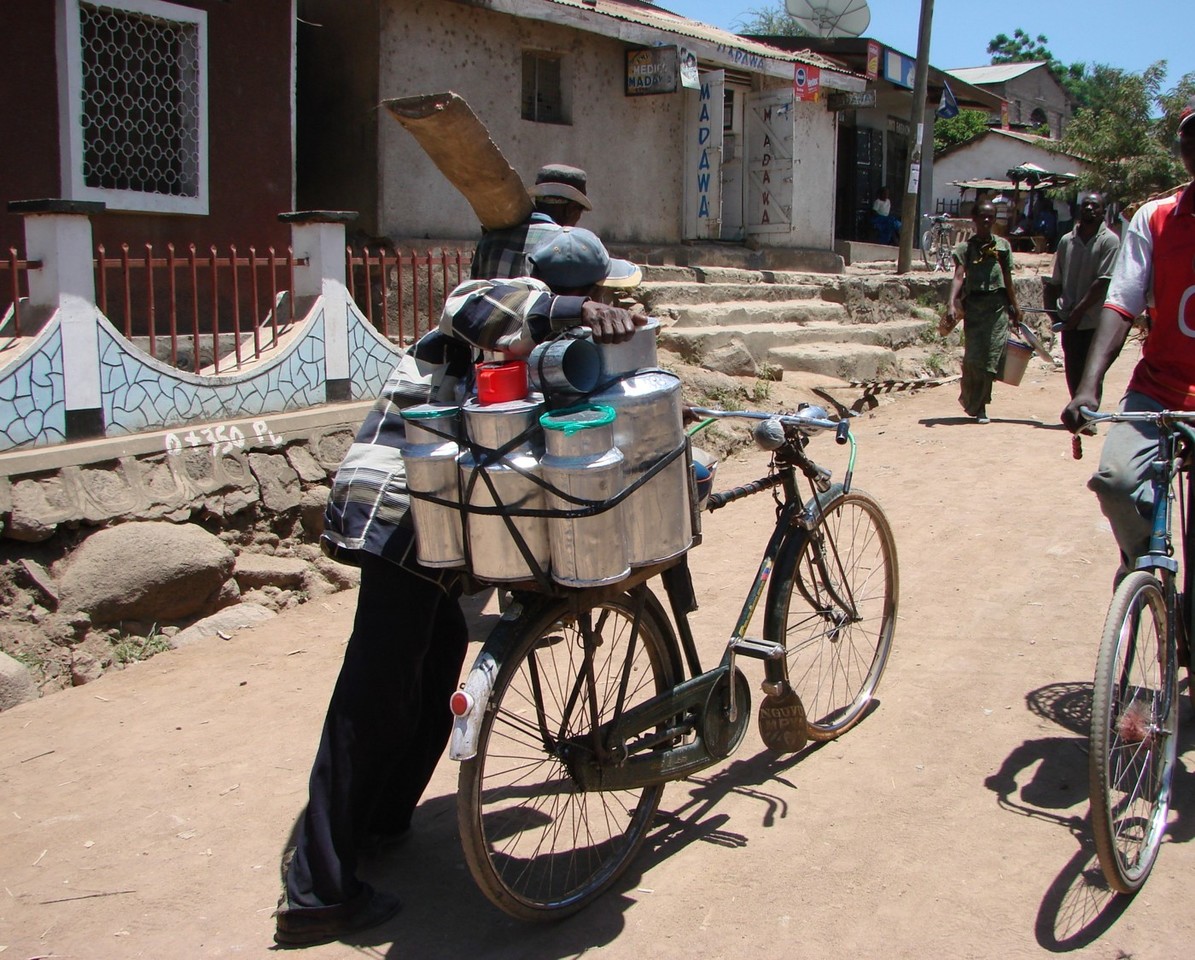 When UN Secretary-General’s Special Envoy for HIV/AIDS in Africa Stephen Lewis challenged our university in 2002 to help with the crisis, we decided on a social enterprise response.