Beyond the DNA sequence of Clostridioides difficile

Winter 2014, I was revising a grant proposal to develop methods for characterizing bacterial methylomes, the collective DNA methylation events beyond the four canonical bases, G, A, T and C.

Winter 2014, I was revising a grant proposal to develop methods for characterizing bacterial methylomes, the collective DNA methylation events beyond the four canonical bases, G, A, T and C. These “epigenetic” marks have been found to play regulatory roles beyond their widely known participation in restriction-modification systems. At that time, my colleagues at Mount Sinai Hospital had just launched a Pathogen Surveillance Program (PSP) to monitor bacterial pathogens using whole genome sequencing. A pathogen called Clostridioides difficile, the most common cause of nosocomial infectious diarrhea, was among the prioritized pathogens in the initial program, so I thought it would be a great opportunity to examine the methylomes of a variety of bacterial pathogens.

Initially, we sequenced the methylomes of five C. difficile isolates from ICU patients, and found that all five shared a common methylation pattern (CAAAAA, with the last adenine methylated at the N6 position, namely 6mA). Despite the small sample size, I got excited wondering if this methylation pattern might be conserved in this critical pathogen and play important roles in regulating its physiology. I had just learned about a technology named Transposon sequencing that can screen for genes essential for a given selective condition, so I searched through papers that applied Transposon sequencing to C. difficile. Excitingly, I found that strains lacking the DNA methyltransferase responsible for CAAAAA methylation appeared to be less efficient at forming C. difficile spores, which are essential for C. difficile to transmit disease and cause disease recurrence. Furthermore, we had found that this methyltransferase, which we renamed CamA, is highly conserved in all the ~300 C. difficile genomes available in GenBank. But the question remained, how does it work? I felt it was time to collaborate and reached out to Aimee Shen, at Tufts University, an expert in C. difficile sporulation.

“When Gang reached out to me in mid-2016 about his hypothesis regarding CamA’s potential role in regulating sporulation, he introduced me to the exciting field of epigenetic regulation in bacteria that I knew little about at the time. While I was excited about the prospect of CamA epigenetically regulating sporulation in C. difficile, the phenotype observed in the Transposon sequencing study was modest (~6-fold) and needed to be validated with a clean deletion. I set about trying to make a camA mutant. Several months later, after multiple unsuccessful attempts with different constructs, I fortunately identified one mutant out of 24 that I initially screened. Additional screening yielded more mutants, so I set about analyzing their sporulation phenotype.”

“No vegetative growth defects were observed with the mutant, and the impact on sporulation was subtle (2-3-fold), but this defect was supported by analyses of the wild-type and catalytic mutant complementation strains. This gave further confidence in this phenotype and caused me to reverse a rule I had made for myself in graduate school, to only study phenotypes with 10-fold or greater differences. Indeed, Gang pointed out that epigenetic regulation in bacteria often manifests as shifting the proportion of the population producing flagella or pili or in this case sporulating. Further characterization of the phenotype revealed that CamA affects sporulation just after sporulation induction.”

Hypothesizing that the role of CamA may be more pronounced in vivo, Aimee and I reached out to Rita Tamayo, at the University of North Carolina, to examine how CamA affected C. difficile infection in mice. We were very excited when we found that CamA mutant showed CFU levels nearly 100 times lower than those observed in the wild-type after six days.

Looking ahead, we think many questions are yet to be answered regarding why a highly conserved DNA methyltransferase is advantageous to C. difficile. Special thanks to Aimee and Rita for the wonderful and enjoyable collaboration and great thanks to the PSP team that made this project possible. More broadly, we have released computational codes for all the core analyses in this study hoping people can find them helpful in the study of other bacteria. 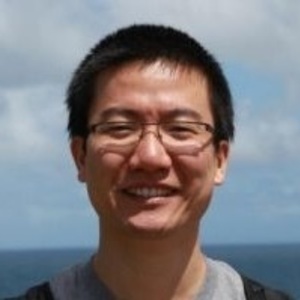