Staphylococcus aureus remains the leading cause of infections worldwide; however, we still rely on antibiotics discovered more than 30 years ago to treat these infections. In our study published in Nature Chemical Biology (El-Halfawy et al. 2019), we endeavored to address this problem by starting with a high-throughput screen of ~45,000 small molecules. We discovered a potent inhibitor of GraR, a response regulator responding to envelope stress. This inhibitor acts as antivirulence and antibiotic adjuvant reversing β-lactam resistance in MRSA. However, this was a serendipitous discovery coming at the heal of a major scoop!

The story behind this paper was brewing over the last 2 decades in the Brown lab where ground-breaking work was conducted to elucidate the biology of wall teichoic acids (WTA) biosynthesis with the goal of targeting it with novel inhibitors being a promising target for drug development that was previously unexploited. The WTA biosynthesis pathway showed paradoxical gene dispensability patterns which provided a screening platform for inhibitors of the WTA biosynthesis. A new screen was then devised to specifically identify inhibitors of WTA or related targets based on antagonism with targocil, a TarG probe previously discovered by Suzanne Walker’s group at Harvard. The Brown lab pioneered this screening strategy and utilized it first in a pilot screen of ~1600 molecules to identify inhibitors of essential steps feeding into the WTA pathway such as UppS (Farha et al. 2015). Then it was time to use this screening platform to specifically focus on discovering early-step WTA inhibitors.

At this point, I joined the Brown lab as a postdoctoral fellow with great interest in antibiotic drug discovery. At the time, Tomasz Czarny was finishing up his Ph.D. studies at the Brown lab. Right before graduating, Tomasz performed an expanded screen of ~45,000 small molecules for targocil antagonism. The project was then handed over to me and I was tasked with the secondary screen and follow-up assays to find WTA inhibitors against MRSA. I was excited about this project, given the attractiveness of WTA as a drug target. The path seemed straightforward to a quick publication that would kick start my fellowship since all follow-up assays were pre-optimized. Instead, a few months later came a big scoop! Roemer and colleagues from Merck and Co. published a similar screen of 2.8 Million compounds with the same goal leading to the discovery of Tarocin A and B, potent WTA inhibitors targeting TarO (Lee et al. 2016). An exciting find… Disappointing for us maybe, but this challenged us to dig further for novelty. So we decided to rethink our strategy!

We thought the screen could still offer more than just WTA inhibitors; after all, we obtained ~550 hits from the primary screen. However, at the time, there was no clear list of potential targets that could come off the screen other than targets directly related to the WTA pathway. I spent some time exploring different routes until I finally realized that I am most interested in bioactives that have the best potential to reverse β-lactam resistance in MRSA at clinically-relevant concentrations and preferably that would suppress microbial virulence. Indeed, β-lactams are among the most prescribed antibiotics, many of which are orally administered; however, they are losing effectiveness in the face of an alarming increase of methicillin resistance among Staph isolates. Therefore, I set out to conduct a secondary screen for β-lactam potentiation under stringent conditions. This eventually led to the prioritization of MAC-545496. We were marveled at the remarkable synergy of MAC-545496 – which does not affect bacterial growth up to 64 μg/mL – with β-lactams bringing the MIC of these antibiotics to below CLSI’s breakpoints. I recall repeating the checkerboard assays several times lowering the concentration range of MAC-545496 till realizing that only 0.03 µg/mL (~75 nM) was enough for the remarkable synergy!

Next, I went on to meticulously determine its mode of action using chemical-genomics, and genetic approaches revealing that it targets GraR. To further confirm, on-target interaction was determined using isothermal titration calorimetry with strong input from José Bozelli Jr. from Richard Epand’s lab at McMaster. Excited about the prospects of this molecule, we sought the expertise of Michael Organ and his group at the University of Ottawa who synthesized several analogs of MAC-545496, which provided preliminary insights into the structure-activity relationships and proved extremely useful as controls for the mode of action determination.

After revealing GraR as the target, I had a chance to present this work at a research forum at Western University in October 2017. I was excited to share my work there where several groups have great expertise in Staph genetics and pathogenesis, and I was keen to get their feedback. After my talk, Martin McGavin reached to me and mentioned that his and David Heinrichs’ groups have been collaborating on revealing an important role of the GraXRS regulatory system in the survival of Staph intracellularly inside macrophages, a study that was published later in mBio (Flannagan et al. 2018). This short conversation started an exciting collaboration with both David and Martin’s groups which led to testing the intracellular activity of MAC-545496 by Ronald Flannagan from David’s group and the contribution of important mutants and genetic tools - that were instrumental in MOA confirmation - by Robert Kuiack from the McGavin lab. These collaborations enriched the study and provided another unique angle for the activity of this novel bioactive.

Finally, we endeavored to test the efficacy in vivo. However, our lead molecule showed poor aqueous solubility behaving like brick dust and we could not bring it to a reasonable concentration in an adequate vehicle suitable for animal testing. This warrants further optimization of the chemical scaffold and formulation into a suitable drug delivery system. However, we resorted to testing the molecule in Galleria mellonella, the wax worm model of infection. Interestingly, we employed a team effort in the lab to feed and breed the worms in-house using a starting batch which our colleague Brent Weber brought from Alberta in a ‘can of worms’ as a kind gift from Andrew Keddie from the University of Alberta.

Like many research projects, the path for this publication was far from linear: Starting with the intention to find more WTA inhibitors, recapitulating on a recently developed novel screening platform, and ending with expanding the horizon of drugged targets in Staph with the discovery of a GraR inhibitor. This provides a novel research tool and potentially expands our arsenal to fight drug-resistant S. aureus.

*Thanks to Dr. Shawn French for the cover image. 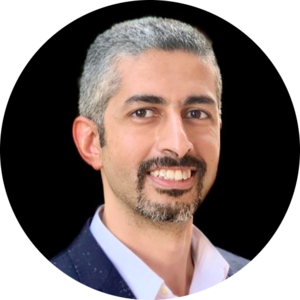