As a coral researcher, one sometimes feels like preaching the world’s end. It is a bitter pill to swallow, but coral reefs around the world are dying at unprecedented rates and if we continue to stand by, we risk losing 99% of our reefs world-wide by as early as 2050.
Michael
Associate Professor , University of Derby
Follow
Like Be the first to like this
0

Compositional homogeneity in the pathobiome of a new, slow-spreading coral disease - Microbiome

In the latest recorded mass-bleaching event (2017-2018), 15,000 km2 of reef area were impacted - an area larger than a football field for every visitor of the English premier league in these years. If we are to put an economic value on this devastation, it is estimated that that bleaching event alone cost the world in excess of US$1.5-9 billion of ecological services, not to mention the biodiversity loss in various locations around the world.

It is now widely agreed that if reefs are to stand a chance in the coming century, we have to limit the production of greenhouse gases, restricting the warming of sea surface temperatures. But, it is not only high temperature - causing heat stress and subsequent coral bleaching - we have to worry about. Often reefs collapse due to the interaction of multiple stressors. The preacher might speak of the apocalyptic riders of coral reef destruction. Besides heat-stress, these are habitat degradation, nutrient pollution and on its pale horse coral disease.

Especially the combination of heat-stress and disease has proven to be fatal. Often corals can recover from heat-stress and subsequent bleaching, which does not automatically lead to their death. But, bleaching weakens their immune defence, which makes them susceptible to diseases, such as white syndrome or black-band disease and diseases can wipe out entire reefs after bleaching events.

Many of the coral diseases known to date exhibit rapid rates of infection and disease progression. The new coral disease, which we described in our study (https://microbiomejournal.biomedcentral.com/articles/10.1186/s40168-019-0759-6) shows that despite a number of similarities with other diseases, grey patch disease shows surprisingly slow progression rates and a relative low virulence. This slow infection process provided us with the opportunity to investigate infection dynamics between disease and the coral host in much greater detail than it has been done before. And what we found was a microbial battle field.

Corals are characterised by a relatively simple level of cellular organisation. But they build relationships with algae and bacteria of fascinating complexity. This turns them into what is being dubbed as a meta-organism, with their own microbiome representing a rich assembly of algae, viruses, fungi, bacteria and protists. When a coral gets exposed to a disease, the pathogens first have to compete with the ‘smaller’ players in the coral meta-organism before they can establish themselves and destroy the coral tissue.

We have shown that in the case of the grey patch disease, the process of overcoming the coral defences and disrupting its microbiome is the work of several interacting pathogenic microbes. Histological analyses of coral tissues and electron microscopy revealed that specific fungi and cyanobacteria grow together below the coral surface and undermine coral tissue close to the skeleton. At the same time, small coccoid bacteria and ciliates drill into coral tissue and launch a surface attack.

Nevertheless, the coral meta-organism (also referred to as the ‘holobiont’) is able to fight back. Across two field seasons, we observed the dynamics of disease patches on affected corals. And while some of the disease patches progressed, the lesions in other corals stopped and healthy tissue was able to grow back, recolonizing the corals white skeleton. Making these observations was indeed like observing a microbial battlefield between two alternative communities and a moving front line.

Further in depth assessments of the microbial community structure, showed us that different disease patches were surprisingly (and in contrast to current ecological theory) very similar to each other. We believe that this similarity can be explained by the tight competition between the coral meta-organism and the disease benefiting microbial community. Only when a certain assemblage of collaborating pathogenic microbes is present, they can compete against the coral. If some of these agents are lost, however, the coral can win the battle, recolonizing previously lost terrain.

From the perspective of a coral, being infected by grey patch disease may actually be not all that bad, that is in comparison to other more deadly diseases such as the one spreading fast through the Caribbean as we speak (Stony Coral Tissue Loss Disease). The question now is whether we can use this knowledge to help corals affected by these other diseases. For example, black-band disease, which has rapid outbreaks and causes high rates of coral loss, is remarkably similar to our newly discovered disease and known to be caused by a similar consortium of pathogens. If we inflict a disruption on the disease loving microbial communities, maybe we will be able to decrease their virulence and aid the coral in its micro war. Indeed, the use of probiotics (aka the good bacteria) has been proposed as one way to fight the onslaught of factors affecting our reefs around the world. In this instance, inoculation with good bacteria would at the very least slow down the apocalyptic tandem of heat-stress and coral disease.

Microbiome analysis of viruses is more accessible than ever

How methane is produced in mangrove ecosystems?

Mistakes happen, catch them if you can. 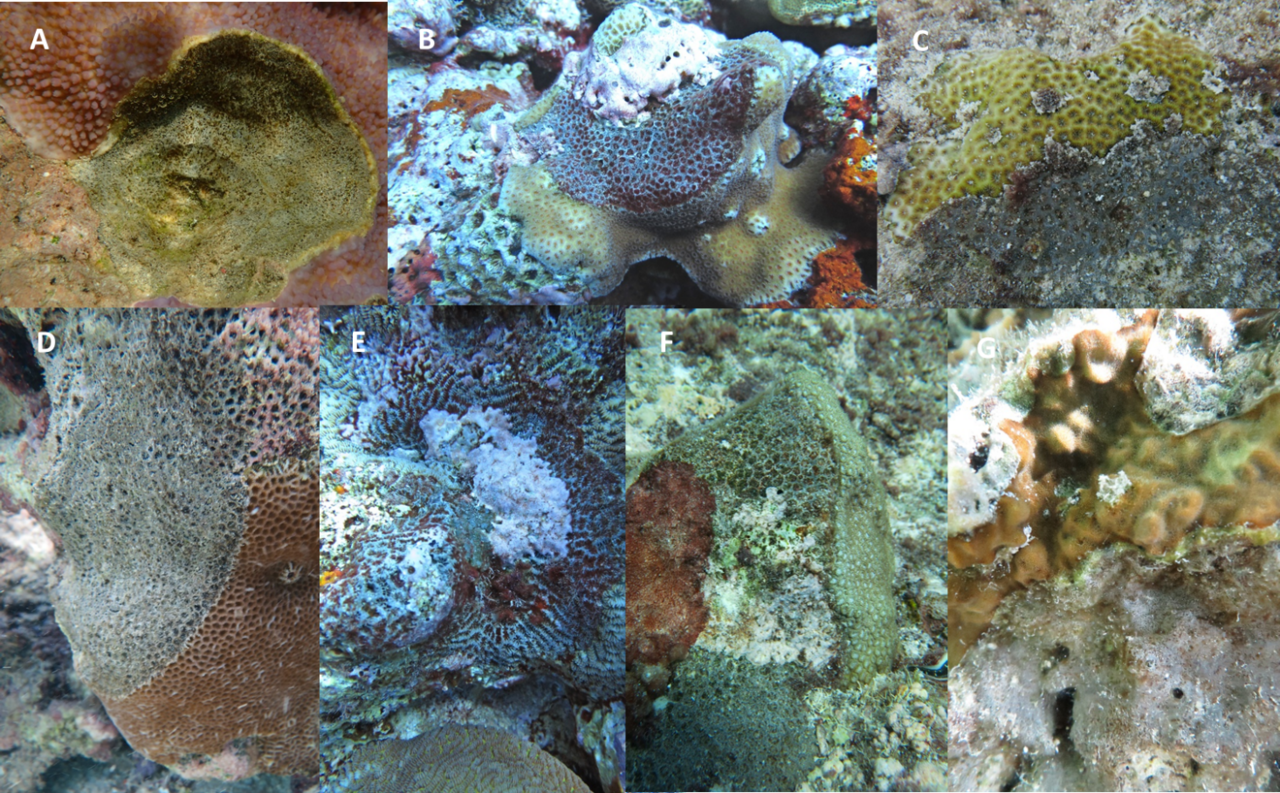 As a coral researcher, one sometimes feels like preaching the world’s end. It is a bitter pill to swallow, but coral reefs around the world are dying at unprecedented rates and if we continue to stand by, we risk losing 99% of our reefs world-wide by as early as 2050.