Here we share our experiences and findings during research of airborne microorganisms above a coral reef marine ecosystem.
Stephen Pointing
Professor, Yale-NUS College, National University of Singapore
Follow
Like Liked by Stephen Pointing and 3 others

The great impressionist painter Claude Monet was famous for his seascapes where the ocean serenely melted into the sky. He acknowledged the influence of Joseph Turner although his seascapes were often more tumultuous and featured angry clouds and sea spray that accentuated the connection between sea and sky. Atmospheric scientists and oceanographers might appreciate that fine art of this nature is a great metaphor for how the ocean and atmosphere are connected in biogeophysical terms but there is also a microbiology connection to be made: The hydrological cycle that lifts moisture from the ocean to the atmosphere also moves massive amounts of microbial cells and organic material that act as cloud condensation nuclei. In turn when clouds release precipitation they also deposit microbial cells to the surface. The atmosphere also transports enormous quantities of dust and disperses this around the globe, and as Charles Darwin noted of the dust falling on the deck during his voyages on The Beagle, it contained “different organic forms” which was Darwin-speak for microorganisms!

Recent advances in bulk-phase air sampling have allowed some ground-breaking research studies that have started to shed light on the diversity and abundance of microorganisms in air, although very little is currently known about microbial diversity above the oceans. In our latest article published in The ISME Journal we describe how the recent transit of air mass over terrestrial or oceanic surfaces has a significant effect on the microorganisms arriving at a sink location above the Great Barrier Reef, the Earth’s largest living structure located off the north eastern coast of Australia (Fig. 1).

We were fortunate to be part of a multi-disciplinary project funded by the ARC in Australia and NIWA in New Zealand, and led by Prof. Zoran Ristoksi and Luke Cravigan at QUT, to better understand aerosol from the reef and its influence on cloud properties, atmospheric chemistry and microbiology. The project involved a month-long survey cruise aboard the RV Investigator which is a purpose-built 94m marine research vessel with outstanding facilities (Fig. 2).

During the voyage postdoctoral fellow and first author of the paper, Stephen Archer, collected bulk-phase air samples at intervals around the clock and processed these for laboratory analysis. High-throughput sequencing was used to determine a dynamic microbial presence at the ocean-atmosphere interface and identify that recent air mass trajectory over an oceanic or continental surface associated with observed shifts in airborne bacterial and fungal diversity. Furthermore, the relative abundance of shared taxa between air and coral microbiomes varied between 2.2-8.8% and included those identified as part of the core coral microbiome. We therefore proposed that this variable source of atmospheric inputs may in part contribute to the diverse and transient nature of the coral microbiome.

Other than showing rapid, source-related changes in the microbial composition of air, this project has allowed us to develop and validate techniques for ultra-low biomass air samples while ensuring contamination remained at a minimum. These techniques have been critical for our team moving forward with other projects across multiple temporal and spatial scales that we hope will provide a better understanding of the atmospheric microbiome.

This was postdoc Stephen Archer’s first “blue water” scientific cruise and he shares some of his thoughts on the experience below:

“Most scientists share two to a room with a separate bathroom and there are all of the modern conveniences (except Wifi but they were working on that) and several well-equipped laboratories for the broad range of projects that are conducted on the ship. You arrive a couple of days before the ship is due to depart and are assigned your room and lab space getting a thorough health and safety briefing and tour of the ship. Right from the first night, the food was always amazing with plenty of snacks available day and night due to around the clock shifts of the crew and scientists. The chefs on board are practically scientists in the way they ration supplies and plan menus to keep all on board healthy and happy for the entire month without resupply. After stowing your gear and installing any equipment you might have brought for your project it is not long until you are due to depart the port. Everyone is there for a reason with typically far too much to do so the ship remains pretty active around the clock. Without the distractions of day to day life you get a lot done and have the amazing opportunity to have a captive group of scientists on various disciplines to learn and exchange ideas with, facilitated by the daily science presentations that we all enjoyed. As with many remote research missions there is a strange mix of being completely surrounded by people, contrasted by the incredible isolation of where you are working. After the first couple of days, Australia and islands in the reef started to disappear and for days at a time you see nothing but an uninterrupted, perfectly calm sea surrounding you in every direction. There are spots around the ship where few people bother going, giving you the amazing opportunity to take in the peaceful surroundings.”

Vanishing act: the disappearance of ancient nutritional symbioses in ants

Group formation is a social affair 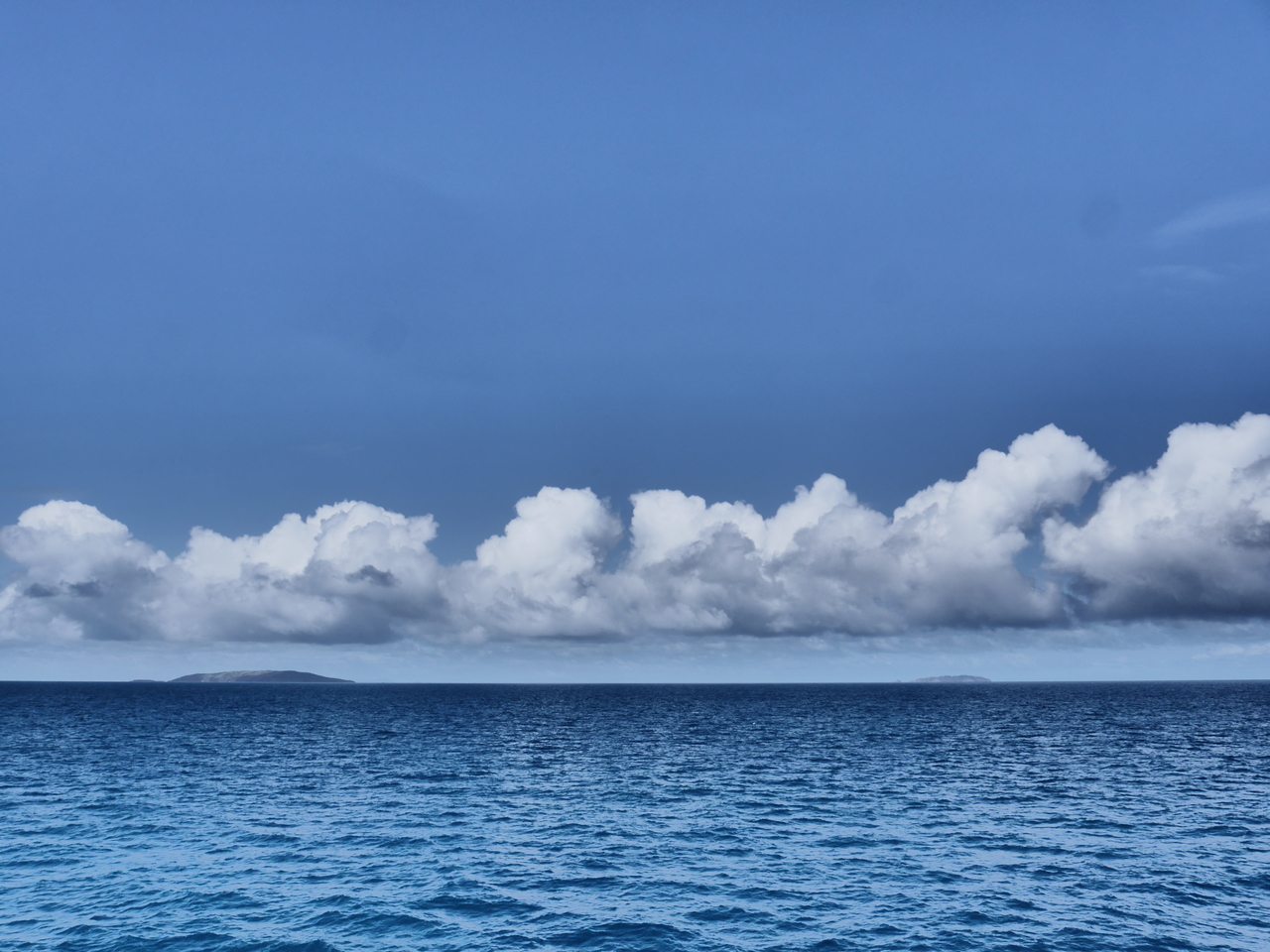 Here we share our experiences and findings during research of airborne microorganisms above a coral reef marine ecosystem.