Trypanosoma brucei is a species of protozoan that infects a wide range of mammals and causes human or animal trypanosomiasis. Trypanosomes require iron for proliferation in a mammal and one way in which this is acquired is by receptor-mediated binding and subsequent uptake of transferrin, the protein that binds and transports iron in all vertebrates. The trypanosome transferrin receptor (TfR) is encoded by a gene family with some diversification between members. As the expression of TfR is regulated and only one TfR is expressed at a time, what is the function of the diversification? Two hypotheses had been proposed: first that different transferrin receptors have varying affinities for transferrin from different species to permit growth in the broad mammalian host range. Second, that avoidance of immune detection has driven diversification, allowing trypanosomes to switch to different receptor when the mammalian immune system has developed a sufficient antibody response to the current TfR. Our goal was to test these hypotheses, by understanding at a molecular level how transferrin is recognised by its receptor.

Due to the complexities that surround the trypanosome transferrin receptor, we aimed to gather crystal clear data using X-ray crystallography. I was lucky to benefit from the protein expression expertise at AstraZeneca, which allowed me to express and purify BES17 TfR in complex with human transferrin for crystallisation trials. Removal of protein-linked oligosaccharides proved important to achieve a high-resolution structure, significantly improving crystal diffraction and resolution. The solved structure revealed the VSG-like fold of the TfR, with an adornment of loops at the apical surface that forms the transferrin binding surface for transferrin uptake via endocytosis. The fate of iron bound to transferrin was still yet to be resolved and we enlisted the help of Peter Woodcock and Elspeth Garman to perform microbeam particle induced X-ray emission (microPIXE), which allowed us to measure how many iron atoms are present in each transferrin molecule under different conditions. This provided key data showing that iron is rapidly released from transferrin alone as the pH begins to decrease, whereas binding of transferrin to the trypanosome TfR delays this process, allowing iron to remain bound to its transporter at lower pH. This could indicate a mechanism for sequestering iron until the complex reaches the lysosome.

Next, we expressed two transferrin receptors which were divergent from each other in sequence and studied their binding to transferrin from a range of different mammals. These two receptors showed varying affinities for mammalian transferrins within the nanomolar concentration range tested. However, we did wonder if these differences could be translated into a physiological setting and affect the growth of cells in hosts with apparent poor binding given the micromolar concentrations of transferrin in serum. To test this, we cultured trypanosomes in medium containing sera from species that contained a low affinity transferrin and found that cells maintained a stable growth rate in all sera indicating that low affinity receptors could support growth.

The remaining conundrum was the question of why the diversity in the TfR repertoire had evolved. If only one receptor is required to allow the binding to transferrin from a range of species, why does the trypanosome have a panel of receptors? To investigate this, we analysed the degree of variation of each residue the surface of the receptor. Comparison of polymorphic regions and the ligand binding site showed conservation of residues involved in binding while the surrounding exposed regions diversified. This observation demonstrates that evolutionary divergence is likely to have arisen through an antigenic switching strategy to promote long term infection. 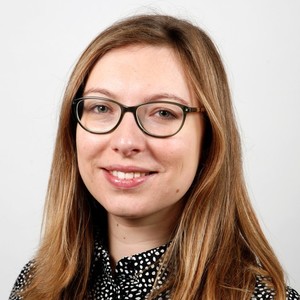