Day breaks on the central Bering Sea, the waters unusually flat and calm, as researchers from the Alaska Fisheries Science Center’s Marine Mammal Laboratory scan the sea ice for seals. Launching small boats from their larger research vessel, they head toward an adult male ribbon seal, named for the light bands of fur circling his head and sides. Nets and sampling materials share the bottom of the boat with the satellite tracking device that will soon allow the team to follow this seal’s movements through sub-Arctic waters. With the seal in hand, the research team draws blood, swabs the seal’s nose, assesses its physical condition, and attaches the satellite tracking device. Cold creeps in along gloves and sleeves as they work to collect critical data that will feed into diverse ecology and health research projects before releasing the seal back to its home. The biological samples so carefully stowed away in the field will travel hundreds to thousands of miles to testing laboratories in California and the UK to shed light on a viral infection spreading among seals and sea otters in the North Pacific Ocean.

For many, the word “Arctic” conjures images of seals, narwhals, and other wondrous creatures in a land of endless ice. However, record low levels of Arctic sea ice are becoming the new normal. While diminishing sea ice alters the food and habitat available to Arctic marine mammals, it may also impact their health. Phocine distemper virus, a pathogen responsible for devastating disease outbreaks in European harbour seals in 1988 and 2002, was confirmed in Alaskan sea otters in 2004, leading our research team to question when and how the virus arrived. We wondered whether reductions in Arctic sea ice could increase contact among seals living throughout polar regions, carrying the virus across new ice-free paths from the North Atlantic to diverse populations of marine mammals in the North Pacific. Data from sea otters alone couldn’t answer this question. A large team of ecologists, virologists, veterinarians, and epidemiologists working across countries and species joined forces to piece together the puzzle of when the virus emerged in the North Pacific and how it has spread.

Capturing Arctic and sub-Arctic marine mammals requires an immense investment of time, energy, and financial resources. Linking together data from on-going ice seal, northern fur seal, Steller sea lion, and northern sea otter ecology studies allowed us to investigate PDV exposure and infection in the North Pacific from 2001-2016. Although there were limited numbers of animals in some of the study years, we identified PDV infection in all of the species sampled with peaks of exposure and infection beginning in 2003 and 2009. There are two main routes for PDV to cross the Arctic Ocean when openings in the sea ice occur – along northern Russia and along northern Canada. Increases in exposure and infection in the study animals were associated with openings in the sea ice along the Russian coast. The strain of the virus infecting North Pacific animals most closely matches the strain of PDV that killed more than 30,000 European harbour seals from May to October 2002. The combined exposure, infection and molecular evidence in our study suggests that open water paths across the Arctic Ocean, like one that occurred along the Russian coast in August-September 2002, may have allowed circumpolar ice seals to bring the virus from the North Atlantic to the North Pacific where it was shared with northern fur seals, Steller sea lions, and northern sea otters living in the southern Bering Sea.

Although we have not observed illness and outbreaks due to PDV in North Pacific marine mammals, monitoring their populations and health plays a critical role in understanding transmission of PDV and other pathogens in this rapidly changing environment. Changes in Arctic sea ice have the potential to impact the health of people, including indigenous populations dependent upon marine mammals for food, animals, and ecosystems. And even now, seal researchers are preparing for the next season of sampling that will help us to understand these health risks.

For more information, you can find our paper here. 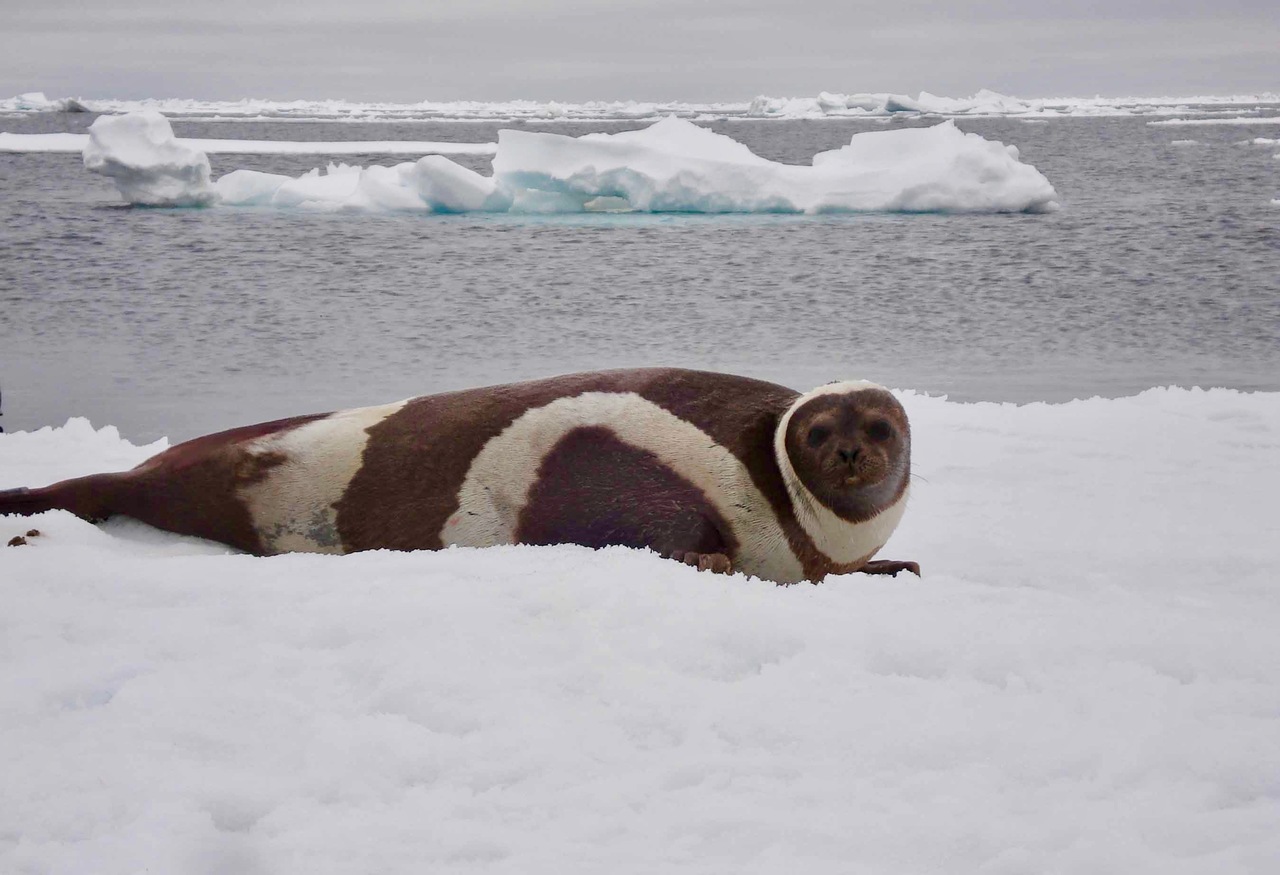