Menu
A community from Nature Microbiology
Contributor Nature
Behind the paper

Behind the paper “Bacterial biodiversity drives the evolution of CRISPR-based phage resistance” – or, evolution is complicated.

Before I’d even officially started my PhD, I remember having a chat in the lab with  Edze Westra about possible project ideas. During my undergraduate research project, I’d been working on how the presence of other bacteria impact the evolution of virulence in P. aeruginosa (the gateway drug of experimental evolution), supervised by Angus Buckling and working with Adela Luján, a post-doc in the lab at the time. Adela had developed this really cool artificial microbial community, consisting of S. aureus, A. baumannii and B. cenocepacia. I therefore asked Edze if not looking at how phage-resistance evolves in the presence of these other bad boys1 would be an interesting idea. He agreed and the result, almost 3 years later, is this paper.

So, focusing on P. aeruginosa, we found that the addition of these other bacteria affects the evolution of different phage-resistance mechanisms to the point where CRISPR-based resistance becomes favoured (rarely seen in the lab, where surface mutation seems to be en vogue). If you googled CRISPR and somehow ended up here hoping for some information on gene editing I do apologise, this is all about the adaptive immune mechanism bacteria have to defend themselves against phageTM. Whenever I’ve been at a conference and someone asks me about gene editing, I just mumble something about “Cas9” before awkwardly walking away.

Early on during this project, Ellie Pursey joined the lab as a research technician before starting her own PhD, helping me with most of the work that went into this paper – for a while we were simply known as the “Ellies”. Friends that perform larvae infections on an industrial scale together, stay together, although it did induce nightmares about a revenge seeking king larvae (Ellie’s traumatised to this day). The results we got were interesting though, showing that bacteria with CRISPR-based phage-resistance maintain virulence. This also added a nice link between our initial findings and some clinical relevance, and suddenly almost making my career path justifiable to my parents. What I really want to do though is to send a massive, soppy, probably cringey, but also heartfelt thanks to Ellie, who’s become one of my best friends despite her love for Sweden (context: I’m Norwegian).

Overall, I’d say this whole process has been fun, overwhelming, confidence building and anxiety inducing – sometimes all at once (insert joke about mental health in academia here). At the moment I’m struggling with a 10-day evolution experiment, which at the moment is best described as an interesting mess. Finding motivation can sometimes be hard, but I’m lucky to have a great supervisor and lab group. We also really want to look more at the interactions between P. aeruginosa and A. baumannii, which is probably my favourite of the community bacteria (don’t tell Staph and Burkholderia, and yes, I’ve totally anthropomorphised the bacteria I work with). Wish me luck.

By the way, if anyone’s missed it, there’re two Wes Anderson films hidden in the colour palettes in this paper. Find them for an eternal, symmetrical, mild sense of accomplishment. 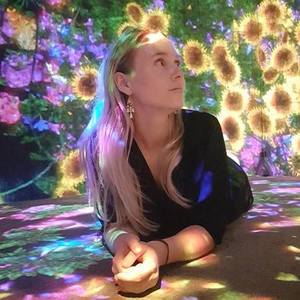