Surviving the odds together

How metabolic teamwork in different mussel species and their bacterial symbionts ensures survival in the deep sea.

Life did not take over the globe by combat, but by networking - Margulis and Sagan, 1986

Stories of overbearing landlords and unruly tenants are everyday gossip. But imagine a situation where both parties must cooperate for survival. Rare as it may sound, our biosphere is teeming with such symbiotic associations. Extraordinary forms of symbioses have come into light since the astonishing discovery of dark life in deep-sea hydrothermal vents in 1977. Hydrothermal vents bellowing hot, toxic volcanic fluids, on the abyssal seafloor under bone-crushing pressure and total blackness sounds like a hellish place to live in. These vents, on the contrary, miraculously host enormous amounts of bizarre-looking symbiotic life: e.g. giant tube worms and mussels, beady-eyed shrimps, ghostly clams along with millions of microscopic lives.

At the Schweder lab we explore one such symbiotic association- The Bathymodiolus mussels and their bacterial symbionts. When I started my PhD, we knew the following hard facts about this association: symbionts live within the animal’s gills and make food for their host from raw materials such carbon dioxide, oxygen, sulfide, thiosulfate, methane and hydrogen via a process called chemosynthesis (read photosynthesis in the absence of sunlight).

But there were burning questions we wanted to answer- a) if the partners are so physically intimate, are their physiologies also intertwined? And b) how does the host-symbiont interplay differ between mussels from geographically distinct vent environments? We decided to look for answers by probing the metabolic set-up of host and symbiont of two mussel species from distinct vent sites- the Bathymodiolus azoricus mussel, which is home to both, a sulfur- and a methane-oxidizing symbiont species and lives at the Mid-Atlantic Ridge, and the Bathymodiolus thermophilus mussel, hosting only a sulfur-oxidizing symbiont species, from an East-Pacific Rise vent.

Our first grandiose challenge was to find a way to untie a gargantuan metabolic knot with no fancy molecular experiments, as Bathymodiolus mussels and their symbionts are unculturable in the lab. Like a voyager on a mission, I sailed seaward. Aboard a research vessel on the Pacific Ocean, I witnessed the mystical deep-sea hydrothermal vents with my very own eyes. By then, we had come up with a method of physically separating symbiont cells from host gill tissue and freezing them onboard. Once at home, we subjected the enriched symbiont and host cell fractions to what we called the “Proteogenomics” approach. When I first laid eyes on my data, I was disappointed to see a boring laundry list of proteins and genes with weird names. But after several brainstorming sessions with my mentors, I realised that pearls were fished only by diving into sea. So, armed with my computer, a paper and a pencil, I dove deeper into my data. Days were a blur of serpentine excel sheets, messy hand-drawn metabolic maps and a gazillion cups of coffee. But the veil slowly lifted. Confirming our anticipation, we found highly convoluted metabolic networks between the Bathymodiolus host and symbiont.

Evidence of fantastic kinship between host and symbionts was visible. We saw, for instance, that hosts of both mussel species express copious amounts of special enzymes for generating local reservoirs of raw materials for the symbionts’ use. The mussel host does, for example, turn toxic sulfide to less toxic thiosulfate. This is a great bargain for both parties: the thiosulfate supplies the symbionts with raw material for chemosynthesis, while at the same time reducing the risk of sulfide-poisoning for the host. Moreover, we found evidence that the host ‘hires’ the symbiont machinery to obtain amino-acids that it is incapable of synthesising on its own. As payback, the symbionts receive oxaloacetate from the host, an essential amino-acid precursor that the symbionts cannot produce autonomously. This metabolic storage, supply and barter-system between host and symbiont ensures that the metabolic needs of the symbiotic system are effectively met. Perhaps having tight reigns on each other’s metabolism is what keeps them from becoming predator-prey. In addition, we also found clues about how specialised symbiont proteins might mediate direct physical crosstalk with the host: Surprisingly, almost one-fourth of the B. thermophilus symbiont’s proteome were attachment-related proteins (ARPs), which are known as weapons used by pathogenic bacteria to infect a eukaryotic host. This raises the question: Is there a possibility that bacterial ARPs may have been domesticated by the Bathymodiolus association to play beneficial roles?

With this and so many other new open questions emerging, I realise that our findings only scratch the surface of the plethora of other molecular interactions happening within these symbiotic liaisons. But the fact that man took longer to reach the bottom of the sea than he did to reach the moon, shows that we have so many unexplored mysteries of nature right under our nose. There is much to learn, miles to go before we rest. One may foresee these interactions to be forerunners of complex interactions in superorganisms such as us. Life did begin from molecules interacting within a hot soup, right?

Check out our recent publication that describes these findings in detail here.

Back to the future: A time travel in scientific literature to understand protist interactions 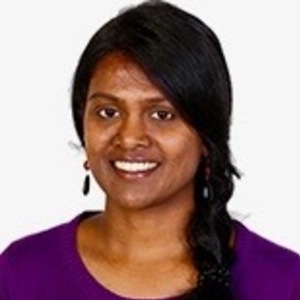