Salmonella enterica Typhimurium is a facultative intra-cellular pathogen. This means that Salmonella is not only living in the host gut, but it can also infiltrate and survive in the tissues of mammals for long periods (Figure 1). Antibiotics can help to limit such life-threatening systemic dissemination in patients at risk and eventually eradicate Salmonella from the gut lumen. However, antibiotics rarely sterilize the host tissues where the pathogen forms slow growing or dormant persisters [1, 2].

After the end of the antibiotic therapy, persisters can wake up, reseed and occasionally bloom in the gut lumen [3]. Thus, the ability to form persisters makes Salmonella diarrhea hard to treat with antibiotics. We found that this has two major evolutionary consequences.

Promoting the transmission of virulent clones

After the disappearance of symptoms, i.e., when the intestinal inflammation and diarrhoea has ceased, the host microbiota usually re-colonizes the gut. In this situation, the full re-colonization of the gut lumen by S. Typhimurium from the host tissues might be difficult as the luminal niche is filled with competitors [6]. Nevertheless, persisters can initiate a very efficient transfer of genetic information to their competitors. Selfish mobile genetic elements like conjugative plasmids, detected in many strains of Salmonella, can jump from reseeding ex-persisters cells to other Enterobacteriaceae occupying the gut lumen [7]. These plasmids often harbour virulence and antibiotic resistance genes. Strikingly, this spread of the plasmids is very efficient even without selection for their genetic payload (Figure 2).

These works show that infection of mice with the archetypal entero-pathogen S. Typhimurium offers the opportunity to understand the evolution of virulence and resistance in a relevant and tractable ecological context. From this, we also infer preventive and therapeutic strategies to fight pathogenic bacteria while keeping evolution on our side.

We discovered a way to prevent persister-related effects. Tissue invasion, mucosal disease and horizontal gene transfer can be reduced by high avidity Immunoglobulin A generated after oral vaccination with killed bacteria [7-9]. This is because specific IgA excreted into the intestinal lumen of vaccinated hosts enchains growing S. Typhimurium into clumps [8]. This drastically limits infiltration of the tissues and gives a competitive edge to the competing microbiota thus ensuring elimination of Salmonella without the detrimental effects associated with classical antibiotic therapies.

We are currently asking how we can fortify the protection as an efficient means to prevent the spread of antibiotic resistance plasmids and the emergence of new pathogen variants. 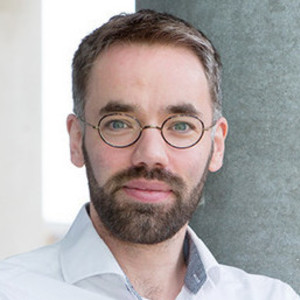